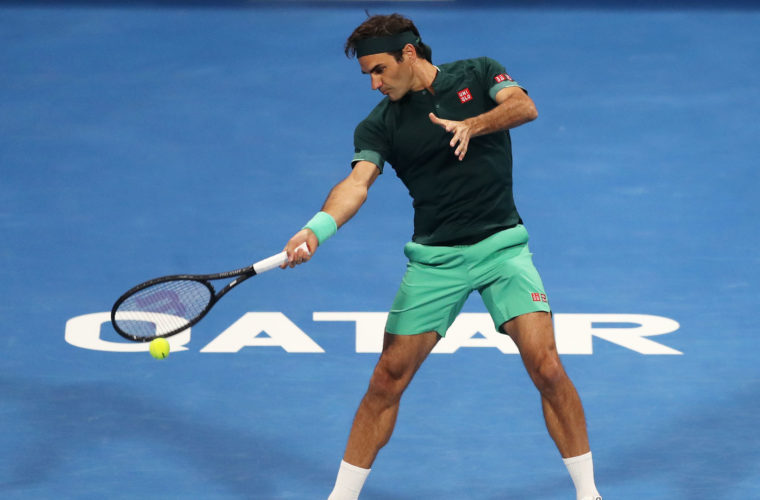 In his first appearance since the 2020 Australian Open, Roger Federer made a winning return to the ATP Tour on Wednesday at the Qatar ExxonMobil Open in Doha.

The three-time Doha champion showcased his fighting spirit to save a set point at 5/6 in the first-set tie-break and he closed the match with a late break at 6-5 in the decider to beat Daniel Evans 7-6(8), 3-6, 7-5.

Federer will face Nikoloz Basilashvili in the quarter-finals. The Georgian broke Malek Jaziri on six occasions to record a 6-2, 6-2 win on Court B. Federer won his previous ATP Head2Head encounter against Basilashvili 6-2, 6-1, 6-2 at the 2016 Australian Open.

Top seed Dominic Thiem of Austria withstood the challenge of Russian wild card Aslan Karatsev on Wednesday in a comeback victory at the Qatar ExxonMobil Open.

Thiem will next face 2019 champion and fifth seed Roberto Bautista of Spain. One break of serve in each set was enough for Bautista Agut to beat Kazakhstan's Alexander Bublik, this season's Antalya Open and Singapore Tennis Open finalist, 6-4, 6-3 in 70 minutes. The Spaniard won 32 of 37 first-service points to advance to the quarter-finals.