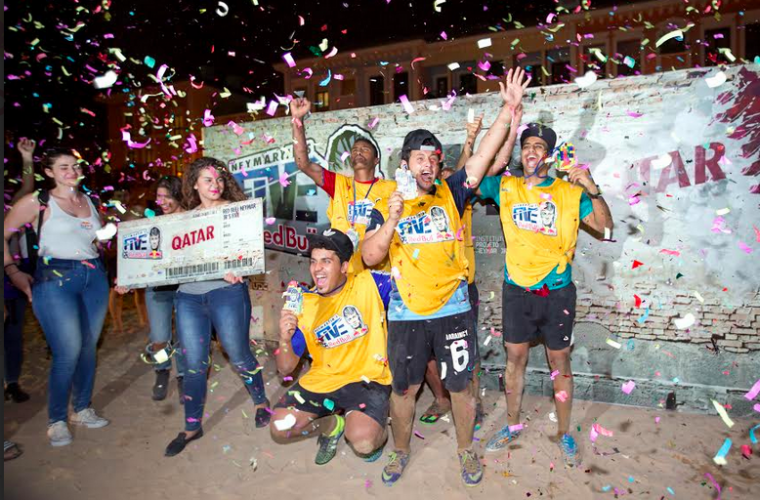 FC Skyber team has been crowned as Neymar Jr’s Five Qatar’s champion after an intense national final that was held last Friday, May 13th at Qanat Quartier, Lido Veneziat at The Pearl.

The winners, who won the final match against Favor FC will represent Qatar to compete against the winning teams from 43 countries during the world final in Brazil, which will take place in July 2016.

283 teams applied, 8 qualifiers and 16 made it to the final of Neymar Jr’s Five Qatar qualifier. From April 22nd to May 12th, teams showed their soccer skills in the most innovative soccer tournament where 5 played against 5 in a unique last man standing modus.