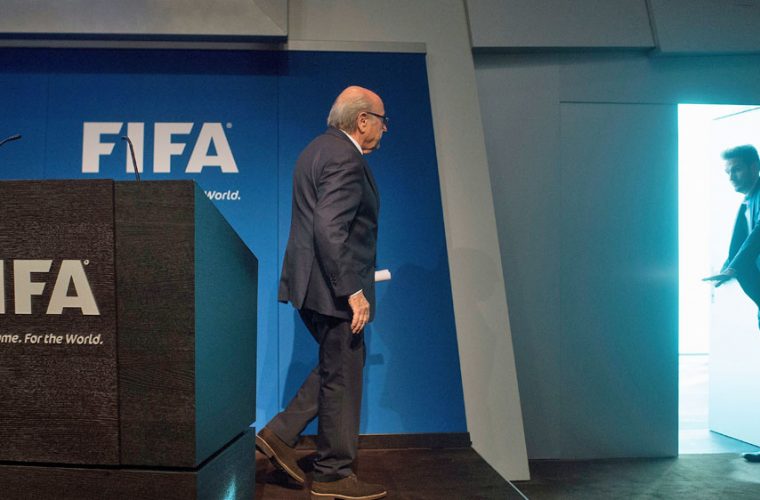 The FBI's investigation surrounding FIFA has now expanded to include the awarding of the 2018 and 2022 World Cups to Russia and Qatar, according to reports.

The review would be part of a probe that goes beyond the allegations of bribery in a US indictment of FIFA officials announced a week ago, an official told Reuters news agency.

FIFA, global football's governing body, awarded the hosting rights to these countries in 2010 but there have been calls to strip both hosts of the World Cup

Nine FIFA officials and five business executives were indicted by the US last Wednesday on corruption charges, with seven arrested in Zurich ahead of FIFA's annual congress on Friday.

In a separate investigation, Swiss authorities had confirmed that they were looking into the bidding process for both tournaments.

Qatar's foreign minister, however, remained confident that the tournament will not be taken away from the Gulf Arab state.

"It's very difficult for some to digest that an Arab Islamic country has this tournament," Khaled al-Attiyah said on Wednesday.

"No way Qatar can be stripped [of it]. We're confident and deserve to win it because we presented the best file."

Greg Dyke, chairman of England's Football Association, had raised the possibility that the vote that awarded Qatar the tournament could be rerun.

"If I was the Qatari organisers, I wouldn't sleep very well tonight," he told British media on Tuesday.

In response, Sheikh Hamad Bin Khalifa Bin Ahmed Al Thani, Qatar Football Association's president, said in a statement that Qatar had been cleared of any wrongdoing in the FIFA-commissioned Garcia report on corruption.

“Mr Dyke’s instinct to immediately focus on stripping Qatar of the World Cup speaks volumes on his views concerning what will be the first FIFA World Cup to take place in the Middle East," the statement said.

"Having already cooperated fully with Mr Garcia's investigation - and been subsequently cleared of any wrongdoing - we welcome the Office of the Swiss attorney general conducting its own work into the bidding process for the 2018 and 2022 World Cups."

For its part, Russia has also dismissed concerns it might lose the right to host the 2018 event.

"Cooperation with FIFA is going on and, most importantly, Russia is continuing preparations for the 2018 World Cup," Dmitry Peskov, President Vladimir Putin's spokesperson, said on Wednesday.

Among issues the FBI is examining is the stewardship of FIFA by Sepp Blatter, the football body's longtime president, who on Tuesday unexpectedly announced his plan to resign.

Blatter has not been directly implicated in the parallel US and Swiss criminal investigations into FIFA, which were announced last week.

Unidentified US law-enforcement officials, however, told the New York Times newspaper that "they were hoping to win the cooperation of some of the FIFA officials now under indictment and work their way up the organisation" in a bid to build a case against Blatter.

In another development on Wednesday, Chuck Blazer, a former FIFA executive committee member, told a US federal judge that he and others on the ruling panel agreed to receive bribes to vote for South Africa to host the 2010 World Cup.

Prosecutors unsealed the transcript of the 2013 hearing in US District Court in New York during which Blazer agreed to plead guilty racketeering and other charges.

Blazer, the former No 2 official of football in North and Central America and the Caribbean, said: "I and others on the FIFA executive committee agreed to accept bribes in conjunction with the selection of South Africa as the host nation for the 2010 World Cup "

Blazer also said he arranged bribes around 1992 in the vote for which country would host the 1998 World Cup.