Fans in Russia getting a taste of 2022 FIFA World Cup Qatar! 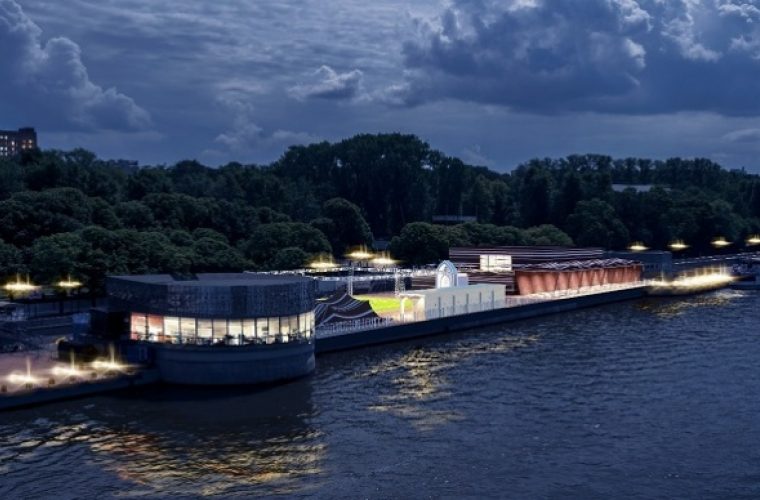 According to a news released by the Supreme Committee for Delivery & Legacy (SC), Qatar is giving fans at the 2018 FIFA World Cup™ a taste of things to come in a little over four years’ time with a series of free-to-attend creative and interactive installations and events in Moscow and Saint Petersburg which has started from July 7 and will run until July 15, 2018.

The SC has partnered with a range of Qatari organisations to launch creative campaigns to showcase Qatar as a prime cultural and sporting destination, and bring the country’s unique 2022 FIFA World Cup™ tournament concept to life.

The SC and its Qatar-based stakeholders is hosting Majlis Qatar, a three-tiered pop-up space in the centre of Gorky Park, Moscow, that resembles a Bayt Al Sha’ar – a traditional tent common throughout the Gulf region, and which serves as the inspiration for the 60,000-seat 2022 FIFA World Cup™ venue, Al Bayt Stadium – Al Khor City.

As one of the centerpieces of the campaign, the SC is also hosting the world’s first floating multimedia museum. Located on the Moskva River, near Gorky Park, museum visitors can travel to Qatar through an immersive multimedia show, where informational graphics on Qatar’s hosting plans are projected on to walls, appearing to flow down into the river’s water.

The SC is also launching a series of innovative ‘portals’ in order to connect cultures and communities around the world. Digital portals placed across Doha, Saint Petersburg and Moscow allow fans to interact between the cities via live broadcasts, giving fans in Russia a real-time view of what life is like in Qatar. The Qatar-based portals are located in Hamad International Airport, the popular Souq Waqif market and Ali Bin Hamad Al Attiyah Arena, where the SC is hosting Qatar Fan Zone.

Moscow’s famous GUM department store is hosting a football exhibition showcasing FIFA World Cup™ memorabilia and exhibits from Qatari stakeholders, including Qatar Museums and the Sheikh Faisal Museum. This is in addition to two stunning oryx – the national animal of Qatar – statues painted by a Qatari and a Russian artist.

Speaking ahead of the fan-focused activities, Fatma Al Nuaimi, the SC’s Communications Director, said: “It’s important that we give football fans a real taste of what’s to come when they visit Qatar for the next FIFA World Cup. Not only do we want to update them on how much progress we’ve made in our preparations for the tournament, since we won the hosting rights in 2010, we also want to introduce them to the country, our culture and what they can expect in 2022. “Qatar is a vibrant country blending a rich cultural history with world-class facilities and cutting-edge technology. These events will showcase all of this to football fans and families here in Russia, and I hope we encourage many of them to attend the first World Cup in the Arab world when we host in just over four years’ time.”