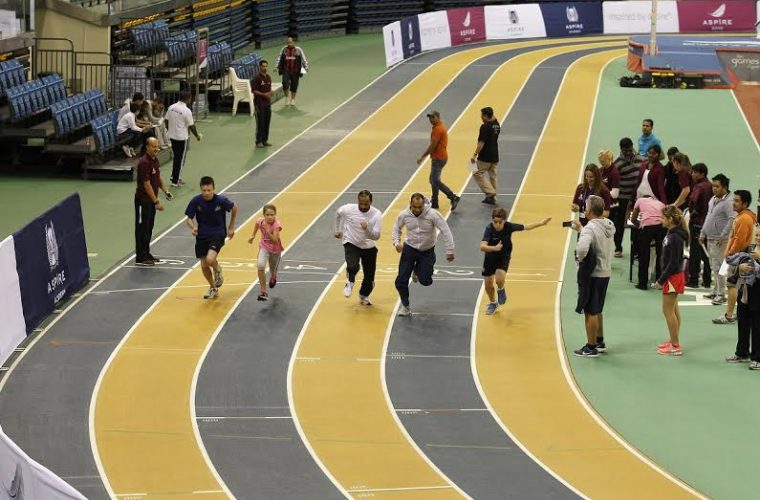 Fahad Al-Haddad was yesterday crowned “Qatar’s Strongest Man” after an intense and thrilling competition. Organised by Aspire Zone, the event featured eight Qataris battling it out for the overall title across a series of challenges that tested their strength to the limits in front of a large crowd of spectators.

There was an incredible atmosphere throughout the day as members of the public cheered on the competitors during what is one of Qatar’s most popular events.

The competition was specially designed as the ultimate test of strength and endurance. It featured a number of rounds and challenges that included truck pulling, deadlifting, lifting sand bags, flipping giant tyres, heavy weightlifting (180KG) and lifting cars.

After the five rounds, Fahad Al-Haddad ran out the eventual competition winner with a total of 88 points. He was followed by Rashid Al Fehaida in second place with 87 points, Hadi Al Baraidy in third place with 84 points, Abdullah Issa Al Binali in fourth place with 76 points, Thamer Al Kuwari in fifth place with 37 points, Fahad Al Me’adeed in sixth place with 33 points, and Khamis Al Khulaify in seventh place with 23 points. Last’s years champion Talal Al Kuwari withdrew from the competition after the second stage due to an injury.

Commenting on the competition, Abdullah Al-Khater, Events Manager at Aspire Zone Foundation, said: “We’re delighted with the response from the public to this year’s event and the level of engagement in the competition. Its popularity is a clear sign of just how much Aspire Zone has become a much-loved destination for the local community. Qatar’s Strongest man is one of many successful events we organise year-round as part of our ongoing efforts to provide a unique environment and range of activities for the public to enjoy. We would like to thank all the competitors for taking part and making this year’s event such a success.”

2015 Titleholder Fahad Al-Haddad said: “The competition was really tough and I gave it my all. I’d like to congratulate my fellow competitors for an incredible event. I’m really pleased that all my training and preparation this year has paid off. I’d like to thank Aspire Zone for organising such a great competition and I look forward to participating again in the future.”

Spectators expressed their enjoyment of the competition, and were given the chance to take part in a number of fun activities where prizes were given away. Families attending the event praised the high level of organisation, and thanked Aspire Zone Foundation for continually providing an unmatched atmosphere of fun and entrainment for the community to enjoy.