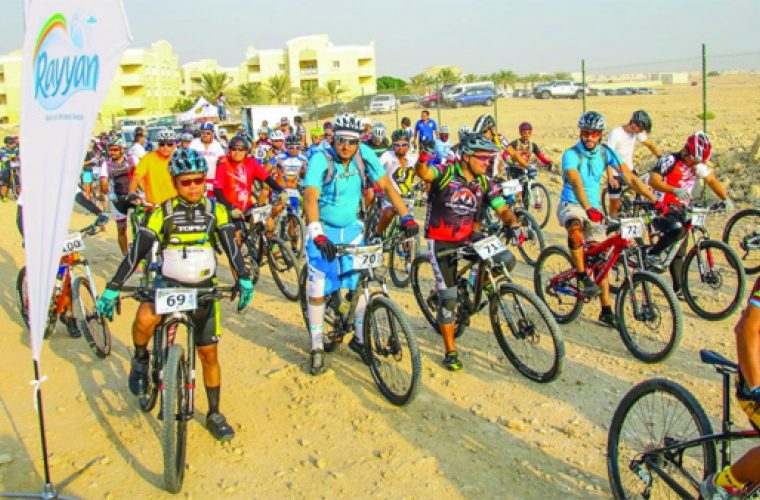 A large number of cyclists, skateboarders, BMX bikers and enthusiasts are expected to participate in a series of races, competitions and events from Saturday.

He said various sports groups will hold numerous contests in the country in the coming weeks, including the race at Fuwairit located in the north of Qatar.

Qatar Cycling Federation and Qatar Chain Reaction (QCR) are also set to hold the Dukhan North Loop Race (west side), which has a number of categories for participants.

Al-Sayed said QES members will be performing at the Wild Khaleeji event at Aspire Park on Saturday and Sunday at 2pm. It is the region’s first free run and parkour competition that aims to encourage the youth of GCC countries to be active and channel their wildness and aspirations to the event.

Recently, around 100 mountain bikers participated in a QCR-organised race in Duhail directed by Kevin Hickey.

A separate cycling event was also held in Al Khor, which attracted some 150 mountain bikers, organised by UFMBQ and directed by John Bonalos.

Al-Sayed expressed confidence that cycling and extreme sports would become more popular in the country, citing increasing interest and enthusiasm among people from different walks of life and with Qatar hosting the World Cycling Championship next year.

The holding of regular cycling and extreme sports competitions in Qatar has also seen a steady rise in revenues of sports shops and businesses, it is learnt.

Despite growing competition in the business, a supervisor at a leading sports shop in Qatar told Gulf Times that they recorded an increase in bicycle sales and other outdoor sports equipment and items.