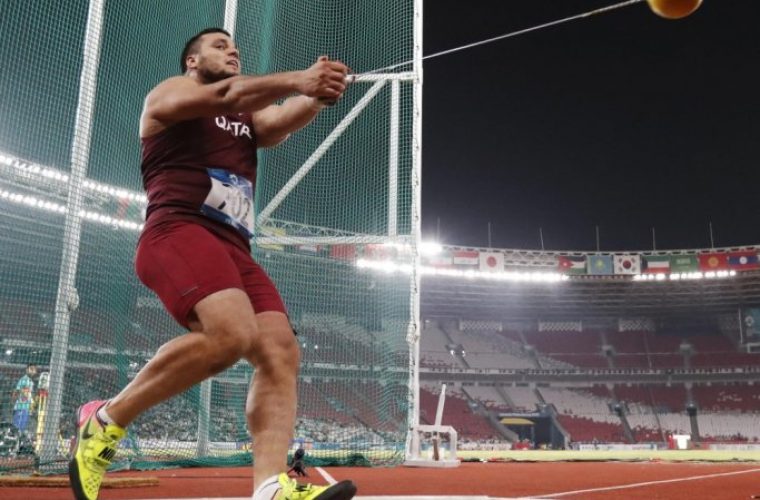 Ashraf Elseify secured the second gold of the day yesterday for Qatar in the hammer throw event at the Asian Games in Jakarta. This was the third medal for Qatar yesterday including the gold in the 400m men’s event and the silver in the 100m men’s sprint.

In his second throw itself, Elseify threw 75.61m to take the lead and in his fifth attempt, he threw the hammer to a distance of 76.88m to cement his gold. Dilshod Nazarov of Tajikistan took the silver with a throw of 74.16m and Sukhrob Khodjaev of Uzbekistan claimed the bronze with a seasonal best throw of 74.06m.

Meanwhile, Qatar’s Tosin Ogunode became the second fastest man in the games by claiming the silver in the men’s 100m final today.