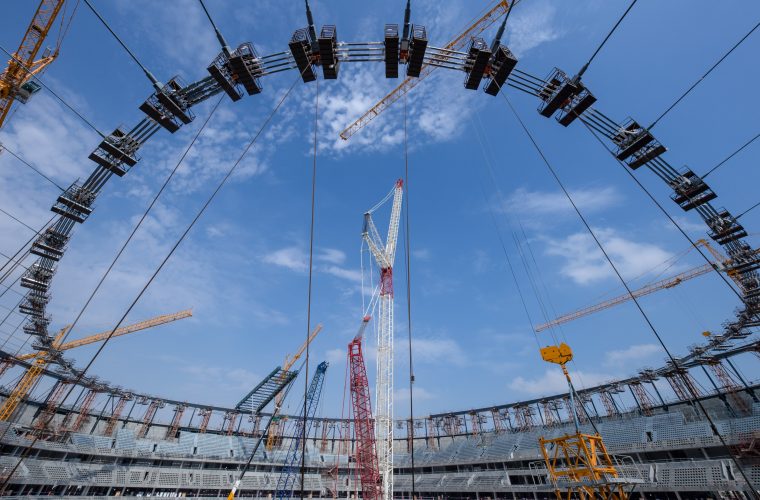 The design and construction of Education City Stadium, which is set to host matches during the 2022 FIFA World Cup, have achieved an outstanding sustainability rating.

Under the Global Sustainability Assessment System (GSAS), it has become the first stadium in the world to receive a provisional five-star design and build certification.

GSAS is a performance-based system, developed for rating green buildings and infrastructure. The primary objective of GSAS is to create a sustainable building environment, considering the specific needs and context of the Gulf region. GSAS is administered in Qatar by the Gulf Organization for Research & Development.

"We originally targeted a four-star rating but were able to exceed our target without increasing the capital expenditure by using smart engineering, collaboration across all disciplines, and fully utilizing the team's collective knowledge of green building principles and the GSAS system."

Eng. Telefat added: "We are immensely proud to receive the provisional five-star rating, this major achievement demonstrates that we are delivering on our commitment to sustainability and green building."

A proposed quarter-finals venue in 2022, Education City Stadium, known as the 'Diamond in the Desert, features a range of sustainability features, including: direct access to public transport via the Education City tram system link to Doha Metro; low toxicity indoor materials which provide a healthy indoor environment and LED sports lighting which offers better light quality at lower energy consumption.

In addition, the stadium is wrapped in thermally efficient and reflective fabric that acts as shading to protect the building from direct sunlight. It also benefits from water-efficient fixtures and fittings, uses recycled water for irrigation and is designed to allow for the disassembly of the upper tier, including 20,000 seats.

The five-star rating was awarded by letter of conformance, which confirms that the final design fulfills its sustainability requirements. The final certificate will be awarded once the stadium has been constructed and undergone five third-party audits to check that the construction meets the design.

"The fact that we were able to achieve a five-star rating is the testament to our knowledge sharing program, where we enable SC contractors from across our infrastructure program to share information and lessons learned," said Al Meer.