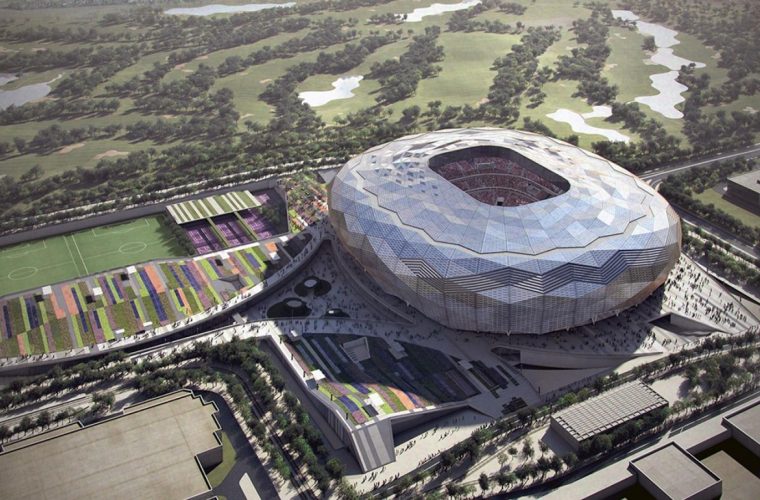 Both shows will be streamed via the SC and QFs social media accounts, along with the beIN SPORTS free-to-air channel. Al Kass TV, Al Rayyan TV and Qatar TV will also provide intensive coverage to mark the stadiums completion.

The Road to FIFA World Cup Qatar 2022 Arabic show will commemorate the stadiums completion and official unveiling, while the English show will feature special guests who debate the future of sport in a post-pandemic world. Notable guests will include FIFA Technical Director and former Arsenal manager, Arsene Wenger, Bundesliga CEO, Christian Siefert, and Belgium national team manager, Roberto Martinez, among others, according to QNA.

"The eyes of the world will be on this stadium when it hosts matches as the World Cup comes to Qatar and the region in 2022, but its value will extend far beyond the tournament.

"The stadiums place at the heart of Qatar Foundations vibrant, open community will make it an enduring focal point and a hub of activity, social interaction, and knowledge. It will continue to bring people together long after the World Cup, encourage them to embrace sport and healthy living, and as one of the worlds most sustainable sporting venues promote the importance of making sustainability a key element of our lifestyles.

"This is a stadium to experience, enjoy, learn from, and be inspired by, with a lifespan that will stretch across generations. We are delighted and proud that it stands within our community at Qatar Foundation and congratulate all involved in bringing the vision of this stadium to magnificent reality."

"The completion of the third tournament-ready venue is a proud moment for the SC, QF and the entire country. We remain on track to deliver the first FIFA World Cup in the Middle East and Arab world and hope to unveil two more stadiums by the end of the year."

Al Thawadi continued: "While the world continues to battle COVID-19, we hope news of the stadiums completion shows there is light at the end of the tunnel. We will soon return to something approaching normality including football matches in packed stadiums.

"The first World Cup in our region and only the second in Asia was already incredibly symbolic. However, due to COVID-19, I believe our tournament has taken on added importance. It can be football that brings everyone together after COVID-19 and Qatar looks forward to brighter times and uniting the world at this very venue in 2022."

The Education City Stadium is labelled the 'jewel of the desert' because its design, with the floodlights on, will make the stadium sparkle at night, as if a jewel in the desert, hence the nickname. It is one of the stadiums that will host the FIFA World Cup 2022 in Qatar. It will be one of the most prominent environmentally sustainable stadiums in the world, in addition to its design that is inspired by Islamic architecture.

The Education City Stadium has a design that draws on the rich history of Islamic architecture, blending it with striking modernity. The facade features triangles that form complex, diamond-esque geometrical patterns, appearing to change colour with the sun's movement across the sky. Like diamonds, the stadium's design represents quality, durability and resilience, and will become something to be treasure.

An amazing experience for fans

One of the the stadium's most important characteristic is its location at the heart of Education City. The stadium will overlook the most important main roads, starting with the southern Madinat Khalifa area to the coastal city of Dukhan.

The landscape around Education City Stadium is dotted with leading universities, where cutting-edge research is conducted and academics inspire their students to be at their best. This whole area, the home of Qatar Foundation for Education, Science and Community Development, buzzes with invention and a determination to make the FIFA World Cup 2022™ a catalyst for social and human development.

A range of sustainability features

The Education City Stadium features a range of sustainability features, including direct access to public transport via the Education City tram system link to Doha Metro; low toxicity indoor materials which provide a healthy indoor environment and LED sports lighting which offers better light quality at lower energy consumption. In addition, 85% of building materials for the stadium were regionally sourced, while 29% were generated from recycled materials. The environmentally-friendly construction practices will also reduce the carbon footprint of the stadium, not just during the construction stage, but after its completion as well.

Its most direct contribution to international development will come after it has hosted matches through to the quarter-finals stage of the tournament. The arena's capacity will be reduced by half and 20,000 seats will be donated to build stadiums in developing countries, helping cultivate a passion for the game around the globe.

This reduction in capacity will also add to the intimate, inclusive feeling created by the venue's ultramodern curves, which will encircle fans and keep the atmosphere firmly in the arena.

The presence of the stadium near both Al Rayyan Stadium and Khalifa International Stadiums confirms the compact nature of Qatar's 2022 World Cup. The stadium is only 4.5 kilometres away from the Khalifa International Stadium and six from Al Rayyan Stadium. This will allow the public to move between the three stadiums and give them the opportunity to see three matches in a day, something that has not been done before.

Supporters will be able to reach the stadium easily by either road or metro, with Doha's bustling city centre just 7 km away. As with all FIFA World Cup Qatar 2022™ stadiums, advanced cooling technologies will ensure comfortable temperatures year-round for players and fans, while access for fans with disabilities will be excellent. Those looking for even more comfort can enjoy the game from hospitality and VIP areas.

As they arrive, fans will see many green spaces and state-of-the-art amenities surrounding the venue, all built with an eye on sustainability and the future. Facilities will include football training pitches, golf course and shops.

QF students, faculty and staff will also be able to use these facilities. For decades to come, Education City Stadium will be a symbol of innovation, sustainability and progress, in line with the Qatar National Vision 2030 and the goals of both QF and the SC.

Education City Stadium has become the first Qatar 2022 tournament venue to receive a five-star rating from the Global Sustainability Assessment System (GSAS), according to QNA. 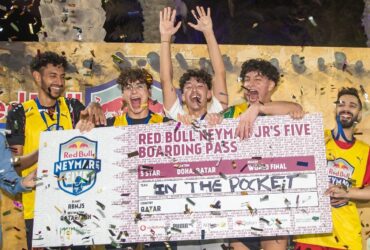 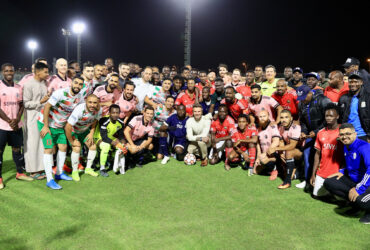 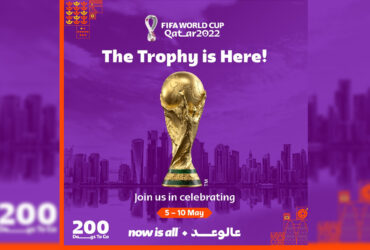