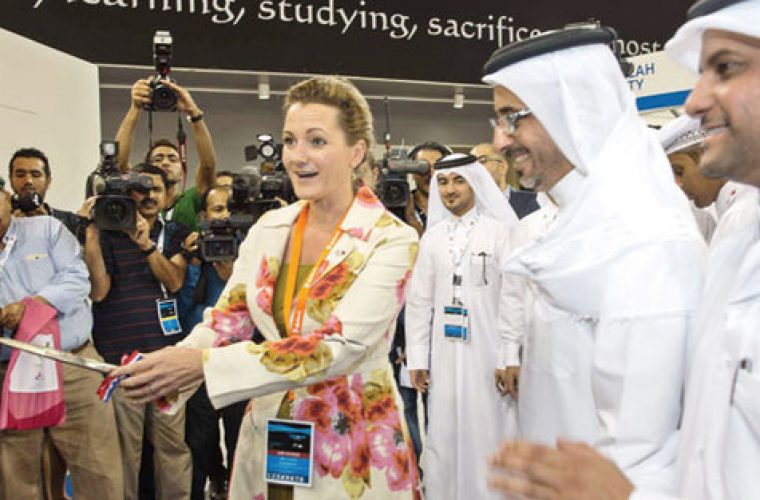 The ambassador of Netherlands, Yvette van Eechoud, opened the Dutch pavilion “Dutch Sports Infrastructure” at the Aspire4Sport exhibition in the presence of HE Salah bin Ghanem bin Nasser al-Ali, Minister of Youth and Sports, yesterday. The minister expressed his happiness to see the Netherlands participation in a unique and internationally renowned exhibition such as the Aspire4Sport during his interaction with the Dutch companies. The Dutch Pavilion has also arranged “Dutch Hour” event today from 5 to 6pm when the Dutch former international football star Ronald de Boer will attend and give a speech together with the Dutch ambassador about Qatari-Dutch co-operation in the fields of sports and business. Dutch companies such as Philips, Ballast-Nedam, BAM International, Nedap security and management, Royal Boon Edam, Ten Cate, VSH, BAM sports as well as Royal Haskoning-DHV are present in the exhibition. They will also participate in the conferences and related activities. BAM International and Philips Lighting will also contribute as speakers at the coliseum summit. The Dutch companies’ participation comes as a follow-up of the high-level Dutch Sports and Infrastructure delegation that visited Qatar in April this year headed by Ronald de Boer. The delegation consisted of 15 Dutch companies specialised in public safety, security, stadium construction and infrastructure sectors which aimed at connecting business with sports. Ronald de Boer, who was one of the Qatar 2022 World Cup ambassadors, and has played for AJAX-Amsterdam, FC Barcelona, Al Rayyan and Al Shamal in Qatar has been key in connecting Qatar to the Netherlands in a sports partnership framework. Continuous efforts from both countries resulted in the mutual interest to work together and exchange expertise in the fields of sports infrastructure and management. Dutch technologies and services in the field of sports have an excellent reputation and a proven track record in various sectors, which would contribute to Qatar’s efforts in making the 2022 FIFA World Cup a world class event. http://www.gulf-times.com/qatar/178/details/371959/dutch-pavilion-opened-at-aspire4sport-expo