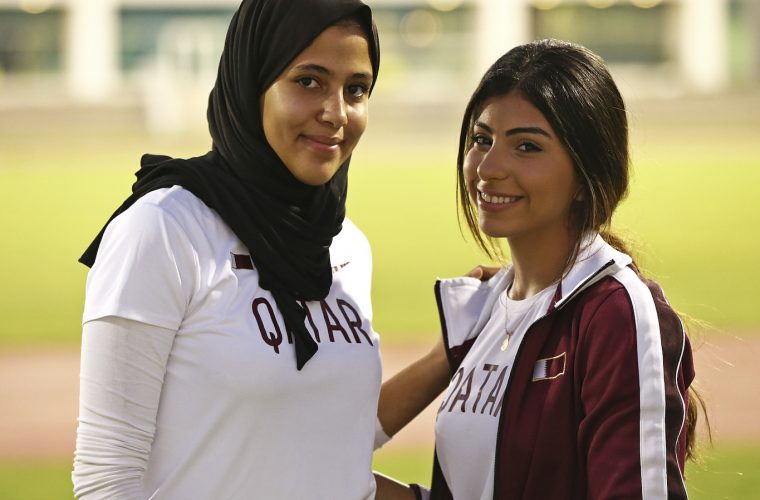 Doha, Qatar – 18th May 2015: The Women in Sport Media Workshop, organised by the Qatar Olympic Committee (QOC) in cooperation with the International Olympic Committee (IOC) and the Olympic Council of Asia (OCA), came to a fruitful end on Saturday 16th May. The two-day workshop culminated with the production of the “Doha call to action” which articulated the participants’ commitment to lead the change in the media’s portrayal of women in sport.

President of the Qatar Women’s Sport Committee (QWSC) and recipient of the 2013 IOC Women and Sport Award World Trophy , Mrs Ahlam Al-Mana, delivered the keynote speech in the Opening Session. Mrs Al-Mana gave an overview of the QWSC’s achievements in advancing gender equality in sport in Qatar as well as emphasizing the importance of positive female role models in achieving this.

“As President of the Qatar Women’s Sport Committee and someone who has devoted a significant part of my life to providing opportunities for young females to participate in sport, it was an honour for Qatar to host this workshop and to personally participate. Whilst progress has been made over the years in bringing attention to gender equality in sport, greater effort by all involved is clearly needed. This workshop really brought to light the factors and challenges that we all face in increasing coverage of women in sport and in just two days in Doha, significant strides were made by a movement focussed on change. It is clear that the Olympic family, the business world, key decision-makers and the media need to work together, take concerted and relentless action and be champions for women in sport in order to speed gender equality.”

Aimed at raising awareness of the role of media in advancing gender equality in sport, the workshop saw pertinent topics addressed including media coverage of women’s events, the crucial role men can play in advancing gender equality, and the promotion of the leadership of women through the media. Promising young Qatari hurdler, Mariam Farid, who also wants to be Qatar’s first female sports presenter following her athletics career, took part in a panel session that addressed the reasons for the deficit of female journalists in sports media. Mariam said:

“My experience as an Ambassador for Doha’s Bid to host the 2019 World Championships in Athletics taught me so much. I did my first interviews, went on TV for the first time, recorded messages to camera and learnt how the media works. It was really interesting to see how the media raised my profile and also raised the profile of women’s sport in Qatar and in the region. I was so proud to be play a part in shining a spotlight on women’s athletics in Qatar and show how hosting international sports events in Qatar can assist with developing women’s sport”.

One of the key calls to action from the delegates was that the IOC, Continental Associations and NOCs should be encouraged to promote media training to raise the media’s awareness on the importance of promoting gender equality, particularly by using messaging that focuses on achievements over appearance. Other key learnings that resulted from the discussions include the need for regular research by the IOC and International Federations on media coverage of women’s events in order to facilitate the necessary change in the stereotypical portrayal of women.

Evelyn Watta led the panel discussion on the deficit of female journalists working in sport media and the obstacles faced by those in the industry. The resulting dialogue led to the adoption of several related recommendations including establishing a minimum target of women’s presence in Executive Committees of National Sports Press Associations (NSPA) by the AIPS, as well as the creation and revival of NSPAs by the AIPS in order to further foster sports coverage.

The “Doha call to action” took into account the massive shift in media consumption from traditional print sources to online portals as well as the importance of focusing on young journalists and their empowerment. Delegates called upon the Association of National Olympic Committees “ANOC” to tabling the recommendations of the workshop to NOCs at the forthcoming ANOC General Assembly in Washington later this year.

Speaking after the workshop, Director of PR and Marketing at the QOC, Mohammed Al-Fadala, said:

“It has been an honour for the Qatar Olympic Committee to provide the platform for these important discussions aimed at making positive changes for women in sport. We aim to become a leading nation in creating opportunities that drive dialogue and insight for the benefit of global sports development and we are pleased that the discussions over the last two days have led to a positive call to action. We are fully supportive of the IOC’s commitment to achieve a future of gender equality in sport and we are committed to continuing to play our part.”