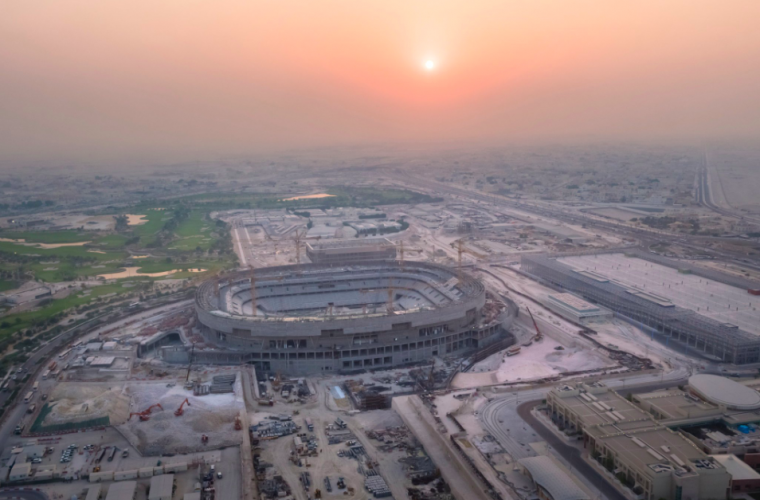 Construction work of Education City Stadium is moving along at a speedy pace. This stadium will serve as one of the venues for the 2022 FIFA World Cup. Nearly 50% of its V-shaped columns have been founded and two-thirds of its stands are in place.

The stadium has been designed to become an example of sustainable stadium creation. Every stage of construction supports its promise to a greener future.

With a capacity of 40,000 seats, the stadium will be the center of a number of sports facilities in Doha, where fans will cheer on their football heroes up to the quarter-final stage of the 2022 FIFA World Cup Qatar™.

It is worth noting that after the 2022 FIFA World Cup, almost half of the stadium’s modular seats will be removed and given to football development projects around the world.