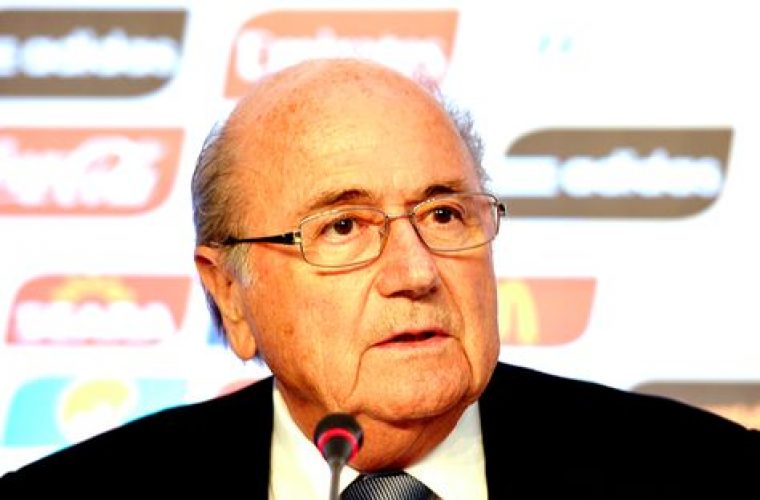 President of football’s world governing body FIFA, Sepp Blatter said he would raise concerns over working conditions and moving the 2022 World Cup during a visit to meet the new Qatari Emir later this month. Qatar has come under fire since being awarded the rights to host the prestigious tournament, with complaints that foreign labourers used to build new stadiums are dying due to poor conditions, and concerns the series should not be held during the searing summer heat. “There are some social problems linked with working activities there [Qatar],” Blatter said during a video interview with fifa.com. “There are also sporting problems with the calendar, so I will have a very interesting discussion with him and then I will report to the executive committee on the 4th and 5th of December in Brazil.” Blatter said he was mandated by the organisation to meet with Qatar Emir Tamim Bin Hamad, who took the helm after his father voluntarily abdicated in June. Human rights groups and trade unions claim dozens of labourers already have died while working on World Cup infrastructure in Doha. Blatter has so far avoided public comment on the matter. However, he has repeatedly said he no longer supports hosting the tournament in Qatar’s summer, when temperatures can reach 50 degrees. In August he conceded it was a mistake to award a summer tournament to the desert state. However, he said hosting it in winter may not be feasible, his strongest indication yet that the event could be taken away from Qatar. “Those that have taken the decision at the time, they knew there is problems with the heat,” Blatter told AP. “They knew it, because it was in the [bid evaluation] report. It was wrong to say, ‘now we have to play in summer,’ because in summer you cannot play there. "Therefore the [executive committee] now shall take the decision - and they will take it - that in summer you can't play in Qatar." During the fifa.com interview, Blatter said he also would meet with new Iranian President Hassan Rouhani to discuss the future of football in that country. He also expressed his desire to axe the World Cup play-offs, in which countries play a home-and-away double-header to determine the last few teams to compete at the tournament. Blatter said he would like to see a fairer system. "The play-off matches will bring a lot of excitement and a lot of spectators, and I would also say not only emotion but passion, and there will be drama,” he said. "This is good for television, this is good for the spectacle of football. "But I think we should try to find a solution where at the end of [qualifiers] you are in or out and not this play-off. "Okay, it gives more intensive action, but for those teams involved it is a hard way to go." http://www.arabianbusiness.com/blatter-raise-2022-world-cup-concerns-with-qatar-emir-525399.html