Beyond an Incredible Sporting Spectacle 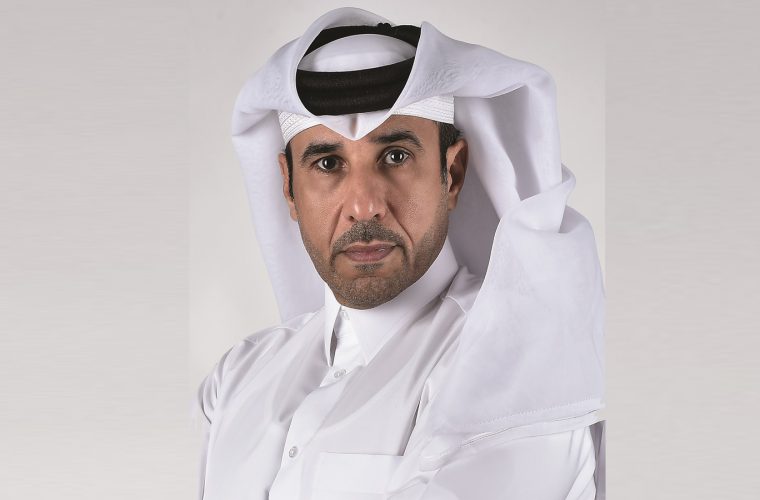 Last night Qatar united and celebrated the world of para-sport in an Opening Ceremony that marked the start of the Doha 2015 IPC Athletics World Championships, and the making of history in our nation. The largest para-sport event ever to come to the Middle East will see 1,300 of the world's best athletes from over 100 countries compete in a display of drama, emotion and incredible ability. However, these World Championships will be about more than just the exhilarating sporting action.

Qatar is a nation passionate about sport. We believe in the power of sport and its ability to touch every area of a nation’s development. This is why we have we have placed a significant focus on hosting successful world-class sports events, such as the 2014 World Swimming Championships, 2015 World Handball Championships and the recently concluded World Boxing Championships. These have showcased to the world our capability in organising events to the highest possible standards in state-of-the-art facilities that create an optimum athlete experience and contribute to the global development of sport.

Many of these events have been declared as the best-ever by the international federations such as FINA, AIBA and IHF. However, we aim to use these opportunities to achieve more than simply a successful championships. It is our ambition to use these sporting events as a tool to develop a healthy and prosperous society, to provide new skills, to inspire more people to take up sport, and to spread and educate through the values of sport. It is vital that each event leaves a lasting legacy for our future.

The IPC Athletics World Championships will leave the most profound impact on our nation yet. The athletes competing will amaze, surprise and inspire spectators. Each of these athletes has faced adversity in their lives but they have used sport to overcome their challenges and achieve amazing feats. They have defied limitations, challenged the impossible and redefined ability. These athletes will change the way that our nation look at sport and they will change the way that they look at disability. They will break down barriers and they will change perceptions.

Qatar has a strong team competing in the World Championships and we are very proud of their achievements so far and the example that they set to young people across Qatar. Abdelrahman Abdelqader will be leading the way in the shot put F34 and hoping to further the world-record that he set at the GCC Para-Athletics Championships just last month. He will be joined by fellow Asian Para-Games Champions, Mohamed al Kubaisi, who will be competing 100m, 200m and 400m T34, and Sara Masoud, who will be competing in the shot put F33. All of Team Qatar will be hoping that the support of a home-crowd will spur them on to the best performance of their lives and they need the whole nation to get behind them.

In order to help spread awareness about the inspirational athletes from around the world, the Organising Committee launched a ‘My Incredible Story’ campaign looking at the stories behind some of the athletes that will be competing in Doha. The stories feature Terezinha Guilhermina and her journey from poverty to Paralympic hero; Jarryd Wallace who became a World Champion just three years after having his leg amputated; Giusy Versace who lost both her legs in a car accident and went onto become the first disabled winner of ‘Dancing with the Stars’ and an ambassador for disability in her nation; and Thuraya al Zaabi who became the first female from the UAE to compete in a Paralympic Games.

Yesterday we launched the final film featuring our Youth Ambassador, Ghanim al Muftah - a shining example of the young people across Qatar who will be positively affected by Doha’s hosting of these World Championships. Ghanim is already a campaigner for people with a disability in the region and is showing how it is possible to achieve your dreams whatever your circumstance. Through these films, we hope to raise awareness of disability, to show that sport is for people with a disability, and to empower people everywhere to achieve their goals. We have already engaged centres for people with a disability around Qatar, to ensure that this event will have a maximum impact on their memberships, both during the competition and long into the future.

The legacy from these World Championships is already being seen in many other ways. This event is providing a catalyst for accessibility improvements across Doha to transport, accommodation and facilities. Hotels such as Ezdan hotel have undergone extensive renovations to make every hotel room wheelchair friendly. Further improvements include modifications to the hotel’s common areas, including the insertion of ramps, and modifications to the layout of each hotel room to ensure wheelchair users can move around with ease. Mowasalat has adapted 50 of its buses with ramps, and wheelchair designated areas with brakes and straps for safe transportation. These buses will stay in operation following the event ensuring a strong transport legacy. Hamad International Airport was built with accessibility at the forefront of its design and has since undergone further improvement and additional training of its staff to ensure the smooth flow of large numbers of people with an impairment through the airport. Finally, Qatar Sports Club, where the World Championships will be held, has been transformed into one of the most accessible sports arenas in Qatar, with the implementation of lifts and ramps for wheelchair users amongst other adaptations.

In addition, the Organising Committee has held extensive training sessions for staff, volunteers and officials to provide information on how to work with athletes with impairments. One such example was a workshop hosted by the Qatar Anti-Doping Commission to train the anti-doping personnel that will collect athlete samples during the World Championship. All of these improvements, modifications and training will benefit the lives of people with a disability living in and visiting Qatar, and will also enable Qatar to host future large-scale events, sporting or otherwise, for people with a disability.

I would like to pass my sincere thanks and appreciation to everyone who has contributed this beyond incredible World Championships.