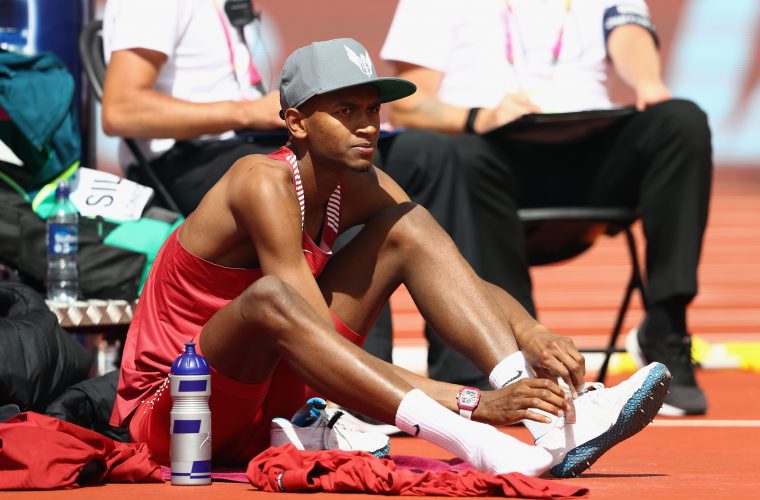 Qatari Olympic champion Mutaz Barshim expressed hope to maintain the title of world champion in the high jump competition when he will compete at Khalifa International Stadium.

Speaking to QNA, Barshim expressed delight to qualify for the final of high jump competition. He said that he is going to focus on training with his coach to be ready for the final.

Barshim vowed to do his best to make the Qatari people happy and proud.

The Qatari champion stressed that winning the World Athletics Championships gold medal will be the biggest achievement of his career, especially as the tournament is held in Doha.

Barshim promised to continue the achievements and follow in the footsteps of Abdulrahman Samba, who gave Qatar the first medal in the tournament, which brought joy and pleasure in the hearts of the masses of citizens, residents, and Arabs.

Barshim qualified for the final round of the high jump competition after achieving a height of 2.29 meters, his personal best in 2019.