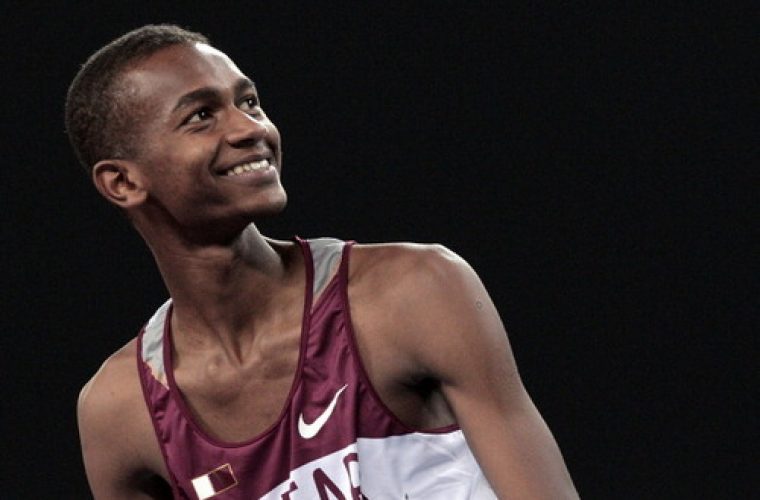 Qatari track and field star Mutaz Essa Barshim bagged the coveted Arab Sportsman of the Year award at a glittering Arab Union Referendum Ceremony for the Best Athlete and Best Arab Team for the Year of 2014, hosted by the Qatar Sports Press Committee in Doha, on Tuesday.

Barshim overshadowed Tunisian swimming great Oussama Mellouli and star show jumper Abdelkebir Ouaddar of Morroco, who were among the contenders for the prestigious title.

Popular archer Fatimah Almashhadaani, named Athlete of the Year for 2013 by a panel from the Iraqi Olympic Committee last year, was also part of the list which included names like Egyptian javelin thrower Ihab Abdelrahman El Sayed and Mariam Jamalelldein of Bahrain.

Qatar’s National Handball team coach Valero Rivera López was awarded a special award for his contribution to the development sports in the country.

It was under his leadership that Qatar won the silver medal at the 24th Men’s Handball World Championship that was held across three state of the art stadiums (Lusail Hall, Ali Bin Hamad Al Attiya Hall and Duhail Hall) in Qatar from January 15 to February 1.

Earlier Qatar Olympic Committee (QOC) Secretary General Sheikh Saoud bin Abdulrehman Al Thani shed light on the development of Qatar as the Sporting destination of the world with as many as 93 sports events and conferences scheduled country in the next 12 months.

Chief events this year include the IAAF Diamond League opener on May 15, Champions of Champions at Al Shaqab Arena in October, Qatar Classic squash gala in November, FIVB Beach Volleyball event, also in November, and the Tour of Gulf cycling in December.

Also, Qatar Boxing Federation (QBF) will welcome the Crème de la Crème of the boxing world during the AIBA World Boxing Championships that is scheduled from October 8 to 18. This apart a test event, he Doha International Boxing Tournament , will be held at the end of May.