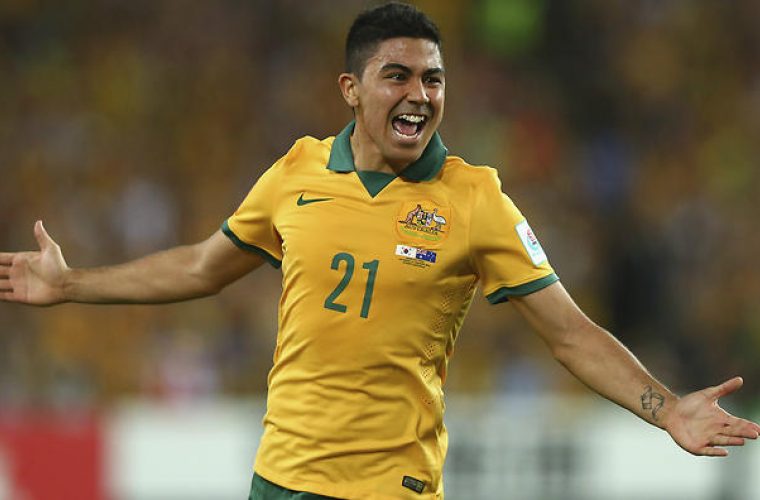 Breakthrough Australia midfielder Massimo Luongo has rejected a $7 million tax-free offer from a Qatar club, opting to concentrate on helping pilot League One team Swindon Town to the English Championship.

The bid for the AFC Asian Cup’s player of the tournament from the unnamed Stars League club was tabled on the eve of Tuesday morning's (AEDT) closure of the European transfer window and came just days after a Turkish Super Liga side had a $4.8 million offer rejected by the Robins.

There are also several Bundesliga clubs closely monitoring Luongo, who entered the Asian Cup as a relative unknown but has emerged with a winner’s medal and his reputation hugely enhanced after two goals and two man of the match performances.

According to Luongo’s London-based advisor David Magrone, the 22 year-old midfielder passed up on the two-and-a-half year offer - which met Swindon's valuation, because he feels his development will be better served remaining in Europe.

Magrone, who is head of recruitment at Queens Park Rangers, said: “It was a big offer but it hasn’t changed Mass’s view that his next club should be one where he can continue developing and growing as a player.

"It’s a nice position for him to be in but he’s a humble guy who at this stage of his career remains focused on getting Swindon promoted – and I am sure something will then happen for him in the northern summer.

"Being voted MPV at Asian Cup is a great achievement for Mass but it’s not a surprise to me.

"I believe he is Australia’s best player and he’s only going to get better. He was part of the World Cup squad in June and he was ready to play and perform then.

"He hasn't suddenly become a good player, this has been many years in the making."

Robins coach Mark Cooper also waxed lyrical about Luongo, telling Swindon's LinkSport he is the "David Beckham of Australia" and suggesting he could be worth as much as $10 million.

“When you play in a global tournament you’re going to get foreign teams interested in you and that’s what has happened to Mass," Cooper said.

“He’s the pin-up boy of Australian football now and I know his peers in the Australian team think highly of him, and that’s the biggest accolade you can get as a footballer. He’s the David Beckham of Australia now, is Mass.”

Magrone began coaching Luongo as a 14 year-old growing up in Sydney and was responsible for bringing him to Tottenham Hotspur, where he captained the Under-21s before signing for Swindon for $800,000 in March 2013.

"He’s done a lot to help Swindon in their promotion push and going there was the pathway he decided to take, rather than simply sitting around at Tottenham waiting for his chance to come," Magrone said.

"He was prepared to drop down and prove himself at the lower levels. Nobody was forcing him to leave.

"He just needed to play regularly and because Mass is so humble, money has never been an issue.

"It’s all about challenging himself and pushing on to the top level, whether that’s the Premier League or elsewhere in Europe.”

Luongo will be back Swindon on Thursday where he will swap the cauldron of a sold out Stadium Australia against Korea Republic for the somewhat less glamorous visit of Barnsley to the County Ground at the weekend.

"Knowing him as he is, that won’t bother him,” said Cooper.