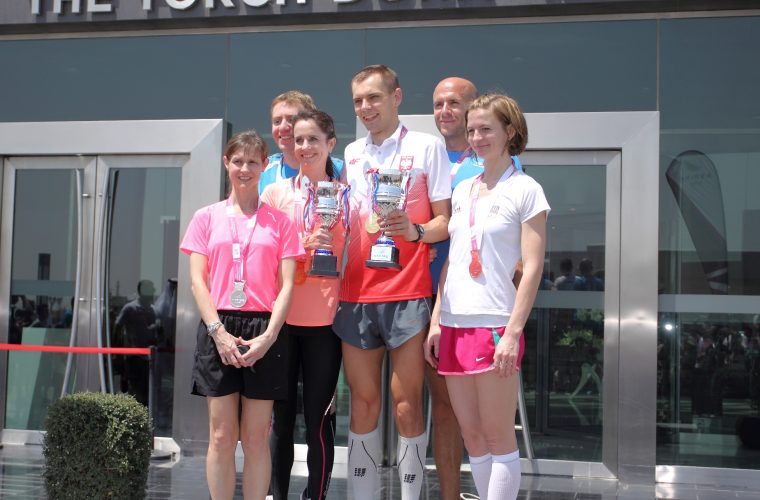 Doha, Qatar: 1 February, 2015 – After successfully organising the Aspire Torch Staircase Run for the last three years, Aspire Zone has announced this year’s edition of the Aspire Torch Staircase Run at The Torch Hotel to be hosted from March 27-28, 2015. The fourth edition of this unique event will feature the inaugural Towerrunning World Championships 2015. Aspire Zone remains dedicated to organising events that promote living a healthy lifestyle and encourage the community to be active.

The Aspire Torch Staircase Run is being lauded as a landmark event on the international tower runners’ calendar and includes a two-day race programme with three heats comprising of different distances and competition modes. The first grueling route for all competitors will consist of 1,304 steps as runners will have to make their way to the top of the 300 metre tower on the 51st floor.

The Towerunning World Championships 2015 is considered to be the highlight of the event as it is an opportunity for the best Towerruning all-rounder to be crowned the sport’s first Global Champion. In addition, this is the first time that the Towerrunning World Association (TWA) has brought such a world class event to the Middle East.

Mr. Abdulla Al Khater, Events Manager at Aspire Zone said: “We are honoured to be hosting the fourth edition of the Aspire Torch Staircase Run in March and delighted that aspires was awarded the Towerrunning World Championships 2015. By having prestigious events such as this one in the country, it also helps to raise Qatar’s profile as a sporting nation.

” The first heat of the Aspire Torch Staircase Run will take place on the morning of March 27th, 2015, with 500 local competitors and international athletes racing to the 51st floor of The Torch. Meanwhile, the second heat will take place that same afternoon with the top 30 male and 30 female competitors moving through to this round based on an individual time trial sprint that will also be held on March 27th. And the Towerrunning World Championships, or the third heat, will take place on March 28th with the top 30 male and female athletes racing to the top of The Torch in separate finals.

Sebastian Wurster, President of the TWA said: “I would like to congratulate Aspire Zone on being awarded the Towerrunning World Championships 2015 which is already shaping up to be a fantastic event. Aspire Zone is well equipped to organise this year’s event, especially as they have hosted and organised the Aspire Torch Staircase Run for the last three years.”

Sebastian continued: “The Towerrunning phenomenon is a striking trend and a rapidly growing discipline. On behalf of the TWA, I am delighted to share my enthusiasm for sporting challenges, architectural moments and aspiring projects with athletes, event organizers, officials and Towerrunning fans from all around the world. Towerrunning is a growing sport in the region as well as being one that promotes a healthy lifestyle

Towerrunning is one of the fastest growing sports and a striking trend in the running scene. Throughout 2014, more than 110,000 athletes and running enthusiasts climbed towers, skyscrapers and outdoor stairs to experience this special challenge. Aspire Zone invites Towerruning enthusiasts and stair runners who are over 18 years of age to register for this land mark local event by logging on to: www.lifeinaspire.qa