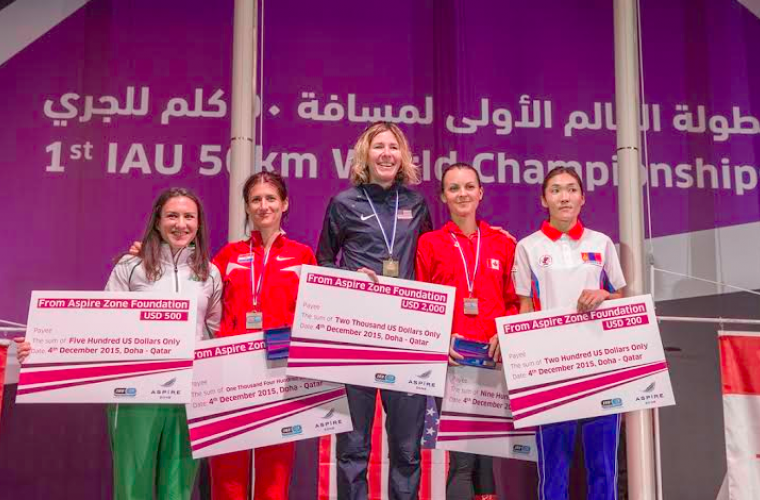 In conjunction with the championship, Aspire Zone Foundation also hosted the “Aspire International 6:50 Race”, which gave a number of running enthusiasts in Qatar the chance to compete alongside IAU professional ultrarunners. The race featured 12 Qatari runners, in addition to 250 resident runners from 44 countries. 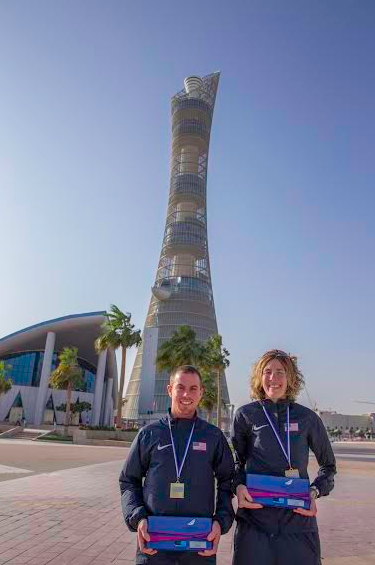 In a speech given at the closing ceremony, Dr. Mohamed Ghaith Al-Kuwari thanked all parties that were involved in making the championship a success, whether in the level of international and local participation, the organisation of the event, or the level of competition between the runners. He added: “We have left no stone unturned in our preparations for the championship, which reflects our commitment to provide all the support needed to such international events that attract athletes from around the world to Qatar. This aligns with Aspire Zone’s mission and vision to enhance sports performance and become the reference in sports excellence worldwide”.

First place winner in the IAU 50km World Championships individual male category, Tony Migliozzi said: “I am really happy to have participated in this championship, which was very challenging. I can confidently say that all factors of the championship were difficult but helped us complete the race successfully. I have had an invaluable experience here competing against some of the world’s elite ultrarunners. I would like to thank the organisers for hosting us in Qatar, and I look forward to take part in future editions”.

From her side, Camille Herron, first place winner in the IAU 50km World Championships individual female category, said: “I was impressed with the level of organisation and participation in the race, and it took a full team effort to win. I was inspired and encouraged by my teammates and support staff, and I am happy to have been a part of the first edition of the IAU 50km World Championships”.

Rashed Al-Khayareen Al-Hajri, member of the “Qatar Runners” team who won second place in the Aspire International 6:50 Race Open Race said: “Being able to run alongside an elite group of ultrarunners was such a unique experience. I am happy that my strenuous efforts in preparing for the championship have paid off, and I would like to thank Aspire Zone Foundation for giving us this opportunity. I look forward to compete in the 2016 race”.

A fan zone was also set up at the race site, which included a number of activities and competitions for children and families.

It is worth noting that Aspire Zone Foundation organised this championship in collaboration with the International Association of Ultrarunners and the Qatar Athletics Federation. The championship is officially accredited by the IAU.