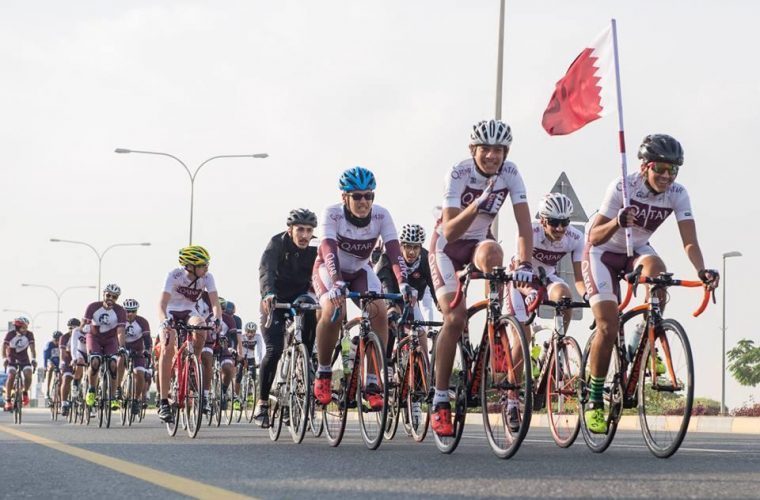 The Qatari flag was hoisted yesterday during a ceremony held at the Olympic Village for the Asian Para Games, which are being hosted in Jakarta and will continue until October 13, with the participation of more than 3,000 athletes from 43 Asian countries in various sports.

The Qatari flag hoisting ceremony was preceded by the exchange of gifts and shields between the mayor of the Olympic village and head of the Qatari mission, Abdulqader Al Mutawa, followed by the flag-raising ceremony and the national anthem, in the presence of all members of the Qatari delegation.

Abdulqader Al Mutawa praised the efforts made by the members of the Indonesian Organising Committee, which held an amazing Qatari flag hoisting ceremony at the Olympic village.

Al Mutawa expressed his satisfaction with the preparations made by the players before competing in the Asian Para Games, stressing that this edition of the games will witness strong competition, especially as a large number of the competing teams are ranked first in the world especially in the athletic games. He added that players made great technical and physical preparations, which make us optimistic to achieve good results in these competitions.

In the meantime, the technical meeting of the athletics competitions will be held today in the presence of deputy head of the mission Mohamed Deheem Al Dosari, and Mohamed Suhail, the technical expert.