Ashghal is preparing for the National Sports Day 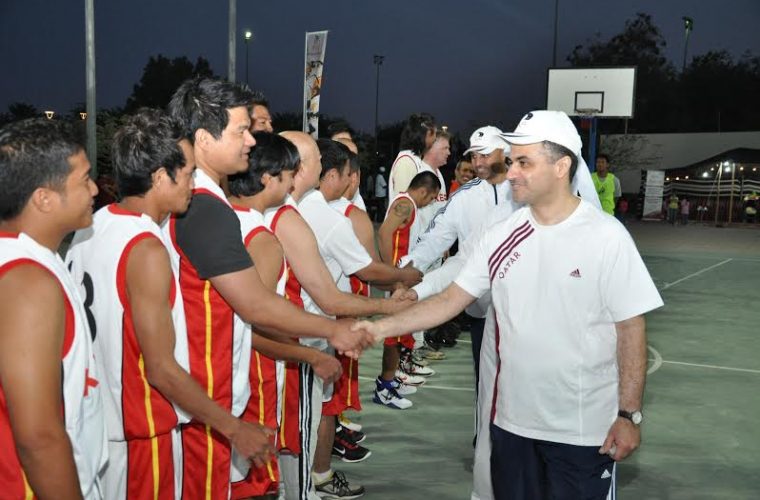 The Public Works Authority ‘Ashghal’ is preparing to organize a special day to celebrate the National Sports Day on 11th of February. This is through an integrated concept, to celebrate the occasion this year, which promotes sports through entertainment.

Ashghal seizes this occasion to interact with the national initiatives and events, including the National Sports Day. Through this occasion, Ashghal will participate in the promotion of community awareness as far as sports is concerned; the improvement of lifestyles among the citizens and residents of the State of Qatar; the contribution, as a government entity, to highlight the significance of educating the community about the importance of fighting non-active life styles; the avoiding of the consequences of the serious health problems; and the promotion of the sports culture, especially among young people so that sports becomes part of their lifestyle in the future.

The Authority will organize sports events for its employees and affiliated companies. This in turn will enhance the culture of sports through entertaining the whole family. Ashghal’s sports events will take place in Ibn Sina School for Boys in Duhail. The Authority will be using the stadiums, arenas, and gymnasiums to organize various sports activities for children, men, and women.

In events geared for children, the Authority will focus on activities that attract children. It created a dedicated program for children that include games and sports competitions such as tug of war and other recreational games that require physical activity. This includes jumping, climbing, and running contests; in addition to games in which children will play along with their families. The Authority also allocated prizes and gifts for children to motivate them to participate and win in sports competitions, and make them wait for this day in the coming years.

As for youth and older age groups, Ashghal will organize several games and tournaments that involve Ashghal’s staff, affiliated companies, and their families. These games include a volleyball tournament, in which six departments will compete against each other. There is also a basketball tournament, which will include six teams, and a football tournament that will witness fierce competition among eight teams. Moreover, there will be a Cricket match, as well as family football game, which is an innovative idea in which employees and their children will compete against other employees and their families.

Ashghal also did not overlook the allocation of some of its National Sports Day’s activities to women. There will be dedicated closed sports hall for women. In this hall, a range of sports and leisure activities will be organized, which would be led by a group of female sports professionals, who will train, guide and lead exercises and games for the participants.

Based on the successes achieved by the National Sports Day in previous years, Ashghal expects at least 2,000 participants from different age groups, including all Ashghal’s staff and affiliated companies. The event will be held on Tuesday, February 11th from 8 am and until 2 pm.

On this occasion, Mr. Abdulla Saad Al Saad, the Public Relations and Communications Manager, said: “The National sports day is a national initiative that is not only limited to entertainment, but also generate interest to exercise sports by the local community, and make sports an integral part of their daily lifestyle.”

He added: "As an athlete and former handball champion, I think that sports is an essential element in maintaining the community’s health, both physically and mentally. This is the ultimate goal of this initiative launched by our beloved country when the Sports Day was recognized as a working day to work out. The aim of this initiative was to motivate everyone to participate during working hours and introduce them to the benefits of sports."

He concluded: “The success of the National Sports Day is the responsibility of every individual, and entity in the country. We, at Ashghal, are honoured to be part of this system that achieves Qatar National Vision, in so far as Human Development is concerned, through many national initiatives and especially the National Sports Day.”