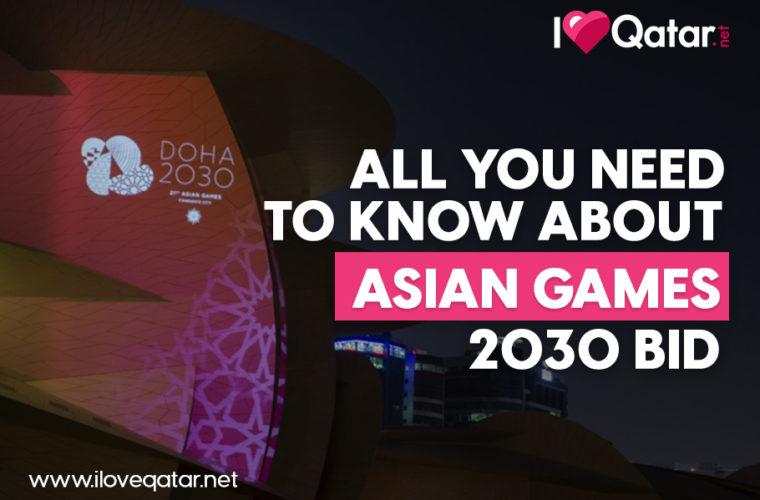 The 39th OCA General Assembly is taking place right now in Muscat, Oman to decide who will win the bid to host the Asian Games 2030: Qatar or Saudi Arabia.

Here is the live link to watch all the action as it unfolds:

Qatar has bid for the hosting rights of the 2030 Asian Games. Qatar is bidding against Saudi Arabia for the Games in 2030. Qatar pledges that if the Bid Committee accepts its bid and it wins, it will organise an extraordinary Asian Games in 2030 which will be an exceptional experience of a lifetime for participants and spectators alike. It already has the experience of hosting the Asian Games in 2006 for the very first time and it was a huge success. (QNA)

This 15th edition of the Asian Games, also known as the ‘games of your life’ was held on 1 - 15 December 2006 and witnessed the participation of over 10,500 athletes from 45 countries and regions who competed in 46 different disciplines across 39 sports in 424 events. (Olympic Games)

Things you should know about the 2006 Asian Games

To get a better understanding of why Qatar should be awarded the bid to host the 2030 Asian Games, let's tell you a little bit more about the 2006 Games and why it was so successful:

Did you also know that the Doha 2006 torch relay was the longest relay since the Asian Games were established in 1951? The torch was carried by 1,000 torchbearers and travelled over 50,000 kilometres across 15 countries and regions in over 50 days. (Olympic Games)

The 2006 Asian Games opening ceremony has gone down in history as one of the:

50,000 spectators and prominent personalities from around the world saw the opening ceremony at the Khalifa International Stadium. The torch relay also ended in a dramatic flair at the opening ceremony as H.E. Sheikh Mohammed bin Hamad bin Khalifa Al Thani, brother of His Highness The Amir Sheikh Tamim bin Hamad Al-Thani and Equestrian Endurance team captain, emerged on a horse with the torch from a platform that came out of the stadium's central area. He rode the horse up the stairs to the top of the Khalifa International Stadium and lit the huge gyroscope that looked like a cauldron with fireworks providing the backdrop of the torch relay.

The Torch Doha was specially designed to represent a huge torch, which, during the 2006 Asian Games, was lit by a symbolic flame and this flame became the highest flame in the history of the Asian Games. (The Torch Doha)

Today, it's been turned into one of Qatar's most luxurious 5-star hotels.

Orry the Oryx was the mascot for the Asian Games 2006 and was selected because the Arabian Oryx is the national animal of Qatar. This 30-foot animal mascot was revealed in Doha with a lot of pomp and fanfare and a colourful ceremony at the Corniche before the games. The giant Orry statue was also revealed on the Corniche – tall and striking.

Today, more than a decade after the Asian games 2006 were held in Doha, Orry continues to stand with pride overlooking the Arabian sea and Doha’s magnificent skyline and is an iconic landmark that symbolises Qatar’s grandiose sporting history that started with the Asian Games 2006 but didn’t end there.

More on Orry the Oryx:

When will the Olympic Council of Asia choose the host city for the 2030 Asian Games?

Wednesday, 16 December 2020 is the date that’s been chosen to select whether Doha or Riyadh will be hosting the 2030 Asian Games. The selection will be made at the 39th OCA General Assembly that will take place in Muscat, Oman. (OCA)

His Excellency Sheikh Joaan bin Hamad Al-Thani, chairman of Doha 2030 and president of the Qatar Olympic Committee, opens the Doha 2030 Majlis. The Majlis is ready to welcome all members of the OCA family and showcases the special features of the Doha 2030 bid. @AsianGamesOCA pic.twitter.com/THadygcT1k

Today. H.E. Sheikh Joann participated in the Executive Board Meeting of the Olympic Council of Asia. The meeting will discuss the report presented by the evaluation committee on the cities of Doha and Riyadh as candidates to host the event. Wednesday will see the announcement of the winning bid to host the Asian Games 2030. (QNA)

The host for the 2030 Asian Games will be announced on December 16 🗓️#AsianGames #Riyadh #Doha pic.twitter.com/zipuBWSLlI

Why should Qatar win the bid to host the Asian Games 2030?

Qatar has already hosted a number of different international sporting events since the 2006 Asian Games and is all set to host the 2022 FIFA World Cup.

That's not just why Qatar is well-equipped to host the Asian Games in 2030. In a tweet by Doha 2030, they mention that:

"All permanent sports venues needed for Doha 2030 are already in place. The venues are connected by Doha's state-of-the-art metro and extensive transport network to ensure maximum convenience:

According to the Doha 2030 Asian Games Bid Committee CEO and the Secretary-General of Qatar Olympic Committee H.E. Jassim Al Buenain:

"We (Qatar) can guarantee world-class venues and training facilities, 5-star accommodation and a seamless modern transport network, all of which combine to ensure Asia's athletes will be the stars of our show.

"Doha also offers so much more. It is a city where different cultures live side by side in harmony and friendship; where tradition meets modernity and where nature meets human innovation. Doha 2030 would ensure that the special moments the OCA family enjoy in 2030 would go beyond competitions and would be part of the everyday experiences of living in our magical and inclusive city." (QNA)

"The Asian Games is about more than sport. It is an opportunity to bring Asia together in friendship and celebration of our cultural diversity. We have no doubt that Doha is the perfect city to do that because it already makes these kinds of connections every day. It is a melting pot of different cultures and nationalities and attracts millions of international visitors every year. Doha has something to offer everyone, whatever your age, background or interests. It is a city where everyone is welcome and where we all belong. And it is a city that is ready to provide the OCA family with the experience of a lifetime in 2030." (QNA)

What is the Project Legacy 21 unveiled by the Doha 2030 Asian Games Bid Committee?

Project Legacy 21 takes advantage of the unique opportunity Doha has to share with Asia its significant experience and expertise, developed over the past two decades. With virtually all the necessary infrastructure to host the Asian Games already in place, Doha 2030 is able to focus its energy on guaranteeing Asia's National Olympic Committees (NOCs) an unprecedented Asian Games legacy that lasts until 2030 and beyond.

Project Legacy 21 also comprises a number of activation programmes including training camps in all the Olympic sports on the Doha 2030 programme giving athletes the opportunities and facilities they need to perform at their best; a cultural programme three years prior to the Games which would combine sport and culture and showcase the friendship, unity, and harmony in the region; and a youth camp open to young people from each NOC featuring a combination of sport, cultural and social activities.

The programs also include NOC lectures and workshops by the Aspetar Center of Excellence in all areas of sport development and science; education and training through a partnership with the Josoor Institute, the Qatar Olympic Academy and Qatar Foundation, offering education, training and professional certification in sport and event management to NOCs; and athlete and team subsidies to support athletes by subsidising accommodation and airline travel for eligible athletes, as approved by the OCA. (QNA) 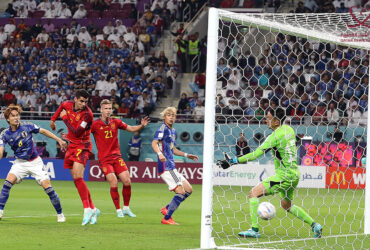