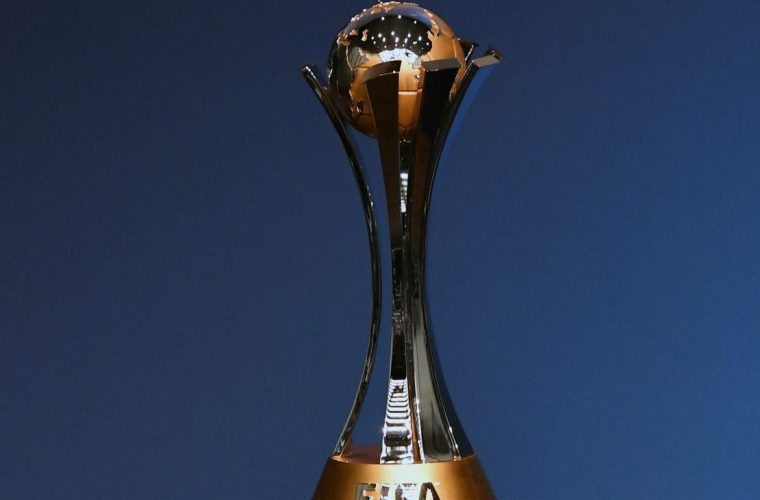 The FIFA Club World Cup is an international men's association football competition. It is organised by the Fédération Internationale de Football Association (FIFA), the football's global governing body. The tournament officially assigns the world title. The 2019 FIFA Club World Cup presented by Alibaba Cloud, to be held in Qatar from Wednesday 11 December to 21 December 2019, will be the 16th edition of this football tournament. In fact, Qatar will play host to both the 2019 and 2020 tournaments, according to the selection made by FIFA on 3 June 2019.

Which teams will play in the 2019 FIFA Club World Cup?

Five participants have already been confirmed:

To be confirmed participants

What is the schedule for the 2019 FIFA Club World Cup?

The winners of the first-round match and the representatives of the AFC, CAF and CONCACAF, who will be drawn in no particular order as teams A, B, C and D, will contest the second round. The second‑round winners will face the UEFA or CONMEBOL representatives in the semi-finals, with the respective pairings having been previously defined by the draw.

Which stadiums will host the 2019 FIFA Club World Cup matches?

The opening match of the 2019 FIFA Club World Cup on 11 December 2019, and the double-header of matches 2 and 3 three days later, will take place at the Jassim Bin Hamad Stadium. Host representatives Al Sadd SC, who have qualified after they won the Qatar Stars League, will play at least one game on their home ground. They will face Hienghène Sport in the opener, and may yet advance straight to the second round to play ES Tunis by triumphing in the AFC Champions League, which would leave the Asian runners-up contesting the opening match instead. The 12,000-seater will also welcome CONACAF champions CF Monterrey for the first fixture in their fourth FIFA Club World Cup campaign.

Home of reigning Qatar Stars League champions Al Sadd SC, Jassim bin Hamad Stadium – named after the club’s former president – has been a feature on Doha’s sporting landscape for 45 years. Rebuilt in 2004 ahead of hosting the Gulf Cup, it also plays home to Qatar's national team and has even entertained two editions of the Supercoppa Italiana in 2014 and 2016.

Another FIFA World Cup 2022 venue, Khalifa International Stadium is another of the FIFA World Cup 2022’s prestigious venues, and will play host to double-header on 17 December 2019. The fifth-place match will be contested there ahead of the semi‑final showdown between the CONMEBOL Libertadores champions and the winners of Match 3.

First constructed in 1976, Khalifa International Stadium has become one of the Qatar’s best-known landmarks. Its capacity was doubled to 40,000 with extensive renovations prior to the 2006 Asian Games. These saw the construction of an enormous (seated, but uncovered) eastern terrace. Other uncovered seating raised capacity to 48,000 for the 2011 Asian Cup (of which Qatar were hosts).

Education City Stadium will officially open on 18 December 2019 - Qatar National Day - when it hosts the FIFA Club World Cup semi-final, before hosting the tournament's final three days later. Besides seeing one of the seven contenders lift the trophy and staging the battle for bronze on 21 December, Education City Stadium will also host Liverpool FC’s opener in the competition as the Reds take on the winners of Match 2 in the semi-final tie scheduled for 18 December.

The 40,000-capacity arena will become the third FIFA World Cup Qatar 2022 stadium to open, following Khalifa International Stadium in 2017 and Al Janoub Stadium earlier this year. It’s been nicknamed as the 'Diamond in the Desert' because it features triangles that form complex, diamond-esque geometrical patterns, appearing to change colour with the sun's movement across the sky,

The design of Education City Stadium draws on the rich history of Islamic architecture, blended with striking modernity. The facade features triangles that form complex, diamond-like geometrical patterns which appear to change color depending on the sun's position.

Hosting the FIFA Club World Cup is a golden opportunity to boost preparation for 2022 while giving thousands of fans from across the globe a taste of what to expect in three years' time.

The Education City Stadium is a symbol of innovation, sustainability and progress for decades to come and is one of the most prominent environmentally sustainable stadiums in the world. After the FIFA World Cup 2022, 20,000 seats from the stadium will be donated to developing countries where they will be used to help build stadiums, in cooperation with FIFA.

What is the Official emblem for the 2019 FIFA Club World Cup?

The official emblem for the 2019 FIFA Club World Cup was revealed on 18 October 2019, and embodies the pinnacle of global club football while highlighting the cultural history of the host country.

The most striking element of the Official Emblem reimagines a football as a pearl, in recognition of one of Qatar’s earliest industries. The decoration of the iridescent sphere is inspired by mashrabiyas, traditional architectural elements found in residences across the Middle East.

Mashrabiya latticework – like pearl diving – has deep roots, with examples dating back to as early as the Middle Ages. The delicate screens are both decorative and functional, serving the dual purpose of cooling homes and providing an elegant decoration both inside and outside.

The colours featured in the emblem are the burgundy that is so characteristic of the Qatari nation and the deep turquoise of Doha Bay. The striking pearl is held aloft by shapes reminiscent of sweeping desert sand and accented with diacritics, a fundamental element of the Arabic alphabet.

The FIFA Club World Cup Trophy will be awarded to the team that wins in the finals. In addition to that, there are a number of different awards presented to the players and teams for accomplishments other than their final team positions in the tournament. There are currently four awards:

1. Golden Ball for the best player: this award is determined by a vote of media members; the Silver Ball and the Bronze Ball are awarded to the players finishing second and third in the voting respectively.
2. Golden Boot (or Golden Shoe) for the top goalscorer: this award is presented to the top scorer of the tournament; the Silver Boot and the Bronze Boot are awarded to the second and third top goalscorers respectively.
3. FIFA Fair Play Trophy: this is awarded to the team with the best record of fair play, according to the points system and criteria established by the FIFA Fair Play Committee.
4. Most Valuable Player (MVP) of the Final Match Trophy: this trophy is awarded to the best performing player in the FIFA Club World Cup final. The MVP of the Final Match is also rewarded with an automobile by Toyota, the presenting sponsor of the FIFA Club World Cup.

The winners of the competition also receive the FIFA Club World Cup Champions Badge; it features an image of the trophy, which the reigning champion is entitled to display on its kit until the final of the next championship.

How to purchase tickets for the 2019 FIFA Club World Cup

All ticket prices apply to both adults and children, regardless of the age of a child. There will be special allocation of tickets available for disabled people. Tickets will be distributed to the successful applicants as e-tickets to be printed by the customer. Only those tickets that will be downloaded and printed before the matches will be considered valid.t. There will not be any ticket printing facilities available at the stadiums in Doha. Any (email or other) confirmations, screenshots of the ticketing account and/or documents other than the print-at-home ticket itself will not valid and cannot not grant access to the stadiums.

Tickets for the general public

From 14 November 2019 at 1 pm CET (3 pm Qatar standard time) until 21 December 2019, Tickets will be available to the general public, and can public can be found exclusively at fifa.com/tickets. Details on the various sales phases and ticket prices will follow soon.