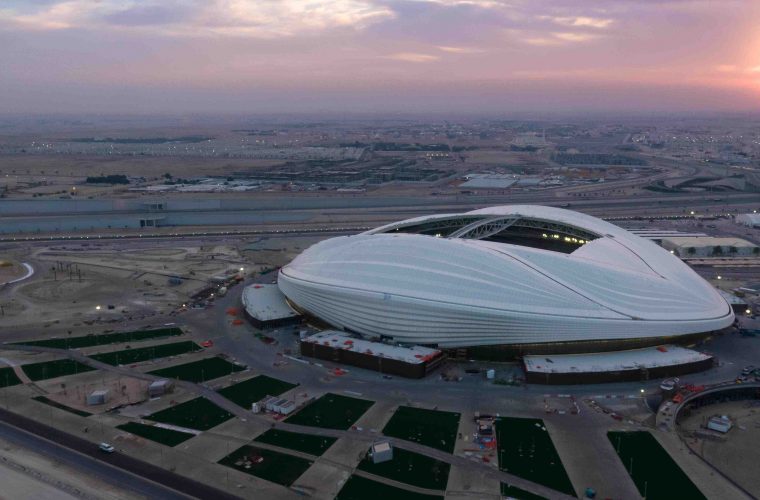 Al Wakrah Stadium on Thursday as the newly-built venue for the 2022 World Cup will host H.H. the Amir Cup final.

The 40,000-capacity is certain to be jam-packed and the organizers have announced measures taken to make it an enriching experience for the fans.

There will be pre-match cultural activities at 10pm before the final between defending champions Al Duhail and QNB Stars League winners Al Sadd kicks off at 10.30pm.

Organisers, Qatar Football Association (QFA) and the Supreme Committee for Delivery & Legacy (SC) have asked the fans to arrive at the stadium well in advance of the match time to avoid rush and traffic bottleneck. The stadium gates and fan zone will open at 7.30pm.

Khalid al-Naama, Media Relations Senior Officer at SC, said that arrangements and facilities are made for Isha and Taraweeh prayers at three locations, with food outlets also open at the stadium.

Addressing a press conference, he said: "To make it easier for fans there will be a shuttle service to ferry fans from Wakrah metro station to the stadium.

We want to thank the Ministry of Transport for providing the buses. In addition, fans can also make use of taxis. We want the fans to arrive early as its a new stadium and there will be a security cordon in and around the stadium." Major Abdulla al-Ghanim, official spokesperson of Security Committee, said spectators who want to drive to the stadium will have to adhere to the instructions of the security men so that they can reach parking areas.

For more information and easy access to the stadium and the parking area, ticket-holders should download Amir Cup App available on App Store and Google Play.

"The colour in the ticket indicates the place of parking and private cars can park there,"al-Ghanim said.

Around 90% of the tickets have been sold for the marquee title clash, with the remaining tickets available until tomorrow (May 15). Al-Naama said fans who have purchased tickets online will have to exchange it for real ones at a host of outlets across the country, including Villaggio Mall, Mall of Qatar, Doha Festival City, City Center, Souq Waqif and Ezdan Mall, Al Wakrah.

To make it a world class in-stadia experience for fans, organisers will provide free WiFi access in cooperation with Ooredoo. In another first, there will be 52 cameras in place to cover the event.

"Its huge and unprecedented. During the World Cup final in Russia there were 37 cameras, so it will be a unique experience for the viewers on TV. There will be pre-match cultural activities which we want to keep as a surprise and hope people would enjoy it.

There will be a large number of VIPs who will attend the match and their presence is not just because it is the opening of the Wakrah stadium but its an Amir Cup final and its a prestigious one. Former players, ambassadors, and regional associations will be represented so will be officials from FIFA," al-Naama said.

To buy the tickets to the final, click here!

If you are going to the Final Cup, download the Amir Cup App to get a location map and find parking easily!