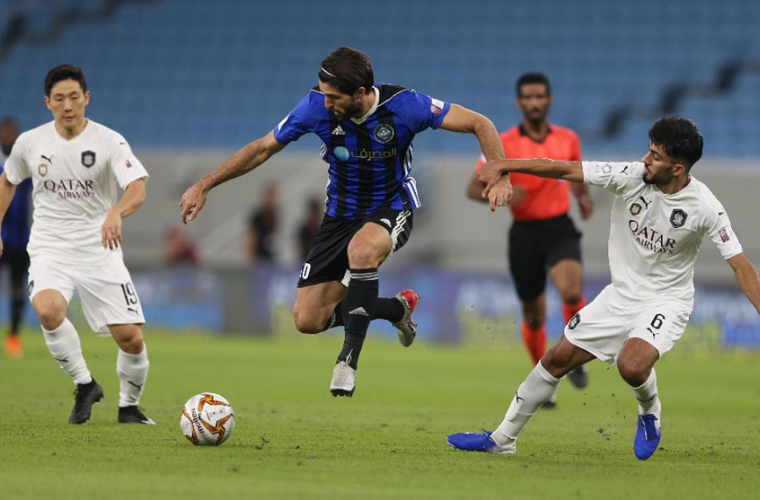 Reigning champions Al Sadd climbed to the top of 2019-20 QNB Stars League, thanks to a testing 3-1 win against Al Sailiya in the rearranged fixture from Week 3 at the Al Janoub Stadium.

Al Sadd has 12 points and is the only side with an all-win record, while Al Sailiya is languishing at ninth place with four points.

With Al Sailiya having started the season slowly, it was no surprise that Al Sadd would apply lots of early pressure and were rewarded in the opening exchanges with a penalty courtesy of VAR.

Magdi Siddiq caught Boualem Khoukhi while trying to make a clearance in the penalty area and Bounedjah stepped up to calmly slot the ball past the keeper.

Al Sailiya could have equalized midway through the half when Boussoufa Mbark fed Karim Ansari with a wonderful defense-splitting through ball, but as he closed in on goal, he saw his powerful shot strike the post and fly to safety.

The second half was very much one-way traffic as the home side pushed for parity in the score-line. However, their many half chances were not enough to trouble the opposition. As a result, Al Sadd grew in confidence and started to stretch the game as their opponents fatigued.

With time ticking down, The Wolves were awarded their second penalty of the night when Akram skipped into the area and was again impeded by Majdi. Akram was given the responsibility to dispatch the penalty, which he did in exuberant fashion as he doubled his side's advantage.

Any dreams of a comeback well and truly ended minutes later when Bounedjah burst into the box from the right and squared the ball to Ali Asad who side-footed home.

There was time for some more drama when Karim scored for Al Sailiya with a sumptuous shot with the outside of the right foot. He was then denied a goal by VAR as he was adjudged offside before spurning another glorious chance right at the close.