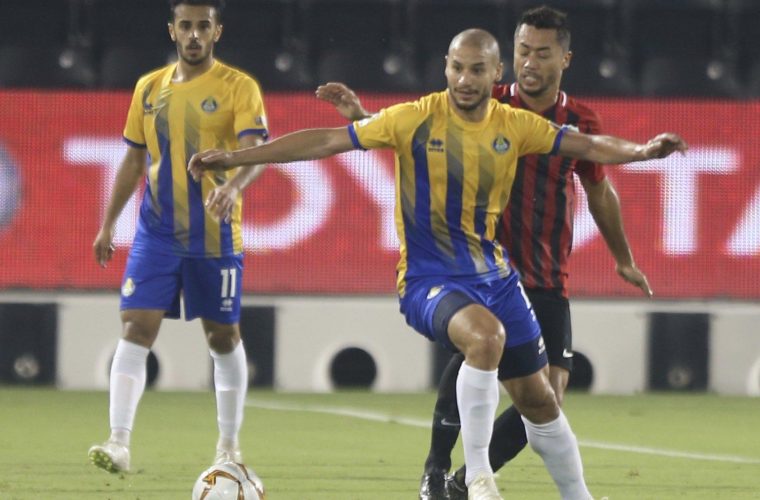 Al Rayyan and Al Gharafa played out a battling 0-0 draw in a big showdown in Week 2 of the 2019-20 QNB Stars League at the Al Sadd Stadium on Friday.

Being such an important fixture played in front of a good crowd, it was vital that neither side made any slip-ups in early exchanges. With a cautious, aggressive approach from both teams, it became a match with few clear-cut chances and saw the intervention of VAR to deny goals on two separate occasions.

The first, at the beginning of the match, went against Al Rayyans Lee Jaeik for offside as he outjumped his marker to head the ball into the net.

Not long after, it was Sofiane Hannis goal which was chalked off for Al Gharafa due to an infringement in the build-up to the goal.

The Lions Yacine Brahimi later saw his rasping shot diverted by the assured hands of Qasem Burhan in the Al Gharafa goal.

It was, however, The Cheetahs with the lions share of opportunities as they countered with good efforts from Ahmed Alaaeldin and Othman Al Yahri as they pushed for a winner.

With Al Rayyan having a strong claim for a penalty denied late on, it was Al Gharafa who nearly grabbed a late victory when Sofiane saw his shot blocked on the line, followed by Moreno Hector rising highest at a corner to watch his header thunder off crossbar to safety.

A point apiece was a fair end to the high-intensity encounter, but both teams will feel they could have taken more from this match as they look to apply early pressure on their league rivals.