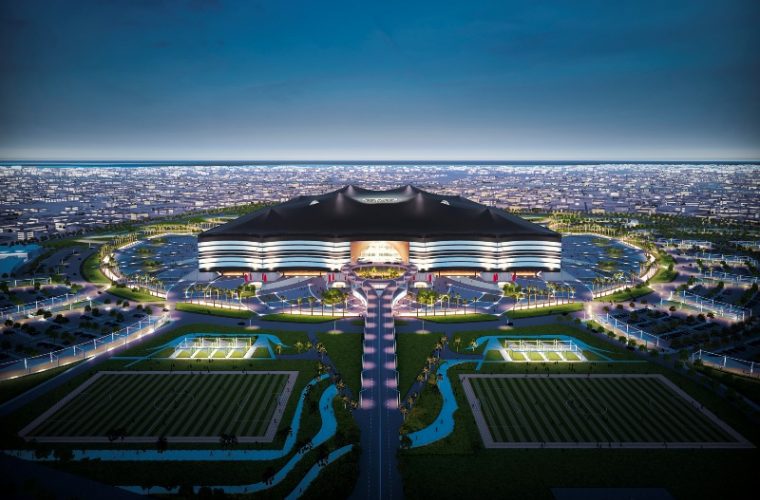 One of Qatar’s most important stadium construction sites is evolving rapidly and is beginning to take shape on the ground. The main contractor for Al Bayt Stadium – Al Khor City, proposed host venue up to the semi-finals of the 2022 World FIFA Cup Qatar, has been recently mobilised on site. With the design based on a Qatari tent also evolving to incorporate new and more durable materials, Al Bayt Stadium is starting to rise from the ground on a specially designed hill which resembles the traditional areas chosen to make these types of tent more visible for visitors.

Several milestones have already been reached at Al Bayt Stadium, which will have a net seating capacity of 60,000. Enabling and early works including the site offices for the Project Management Team and hoarding have been completed, while the construction supervision consultant – KEO International Consultants – has been named. A joint venture between Galfar Al Misnad, Salini Impregilo Group and Cimolai are the team that will be in charge of main construction which is planned to be completed by the end of 2018.

He added: "The main contractor has arrived with the construction site in a very good situation. They will be able to continue the good work on the ground and we expect the first concrete activity to take place before the end of this year."

Meanwhile, Eng. Mohamed Ahmed, Supreme Committee for Delivery & Legacy (SC) Project Manager for Khalifa International Stadium and Al Bayt Stadium – Al Khor City said: "This is a very positive achievement for Al Bayt Stadium. A lot of preparation work has been completed. Now we are looking forward to the steel and concrete arriving, and the stadium really starting to take shape."

As the site continues to progress, the team behind the design has also continued the evolution of the project with updates made to the unique exterior fa?ade , which is a Qatari concept inspired by the traditional Bedouin tent. The design team has made the adaption to guarantee longer durability of the stadium, as Al Bayt Stadium will be made of long-life material called Polytetrafluoroethylene (PTFE), a white type of plastic mixed with other components. This design evolution means that the updated stadium design includes more bright colouring elements than previously seen.

The technical team is already undertaking the necessary tests to ascertain the resistance in Qatar’s environment of this material, which is used in well-known football venues like the Allianz Arena in Munich and the roof of Stadium M?rio Filho (Maracan?) in Rio de Janeiro, Brazil.

Additionally, the precinct master plan has been modified to fit more green areas including walking and jogging track, horse track, cycling track and family areas as well as playing areas for families in the inner circle immediately surrounding the stadium bowl. This will bring the car park to the outer perimeter, providing more spatial areas for the local community to benefit from.