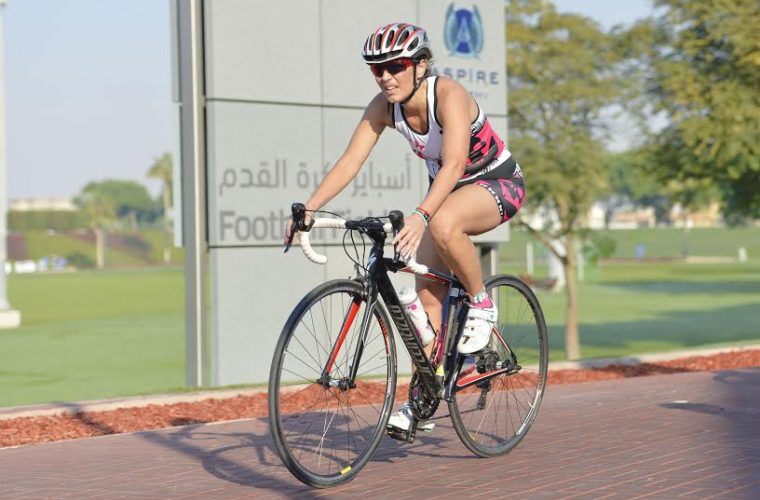 Ten coveted spots up for grabs for 2014 race, including flights and accommodation Abu Dhabi Tourism & Culture Authority (TCA Abu Dhabi), organiser of the highly anticipated Abu Dhabi International Triathlon, is rolling out its third successive annual Local Heroes Programme to give Gulf sports enthusiasts the chance to represent their country by competing in the March 15 event. ‘Local Heroes’ returns with a brand new twist for the March triathlon. Five Local Hero spots will be go to participants from the previous four triathlons, who will then be challenged to bring on-board a first-timer or an amateur triathlete to train with them for the race. All 10 GCC ‘Local Heroes’ will get return flights to Abu Dhabi with Etihad Airways for the race, two nights’ at the beachfront Khalidiya Palace Rayhaan hotel, access to expert advice from the race team’s experts and free entry into the triathlon. The event brings an array of challenges to Qatar-based blogger Wajeeha Al Husseini who is excited to tackle the 2014 Abu Dhabi International Triathlon in style. The Palestinian mother of two is happy she has another excuse to visit the UAE capital and has already kicked off a gruelling training programme months ago to gear up for the fifth edition of the race. Speaking of securing a spot in the Local heroes Programme, she said: “Abu Dhabi International Triathlon was never on my radar until October. I had only started cycling recently and was hooked. When a friend of mine suggested I should try out triathlon I couldn’t think I could do it! However, I took the challenge and it became obvious that if I want to train and compete I had to be determined and motivated to give it my best. Now with only two months left to train under my belt I am quite confident I can complete the short course. I love the Local Heroes challenge and I am looking forward to crossing that finish line on March 15.” With two children and a full time job at Vodafone Wajeeha is keen to inspire like-minded women and mothers to take on the triathlon challenge and added: “As a mother the sense of accomplishment I feel after completing a triathlon is fantastic. There is usually the misconception that triathlons events mainly target elites and professionals, on the contrary, triathlons like the Abu Dhabi International Triathlon have created the shorter distances (sprint and short) to encourage people like us to get active and try something new.” The Local Heroes Programme has gone from strength to strength since its 2011 launch, helping to develop the sport across the Gulf and driving participation for one of the region’s biggest annual triathlon events. This year, the number of GCC entries for the Abu Dhabi race is expected to grow by over 7 per cent, especially in the short and sprint distances, which have become hugely popular amongst regional first-timers and amateur triathletes. Starting in the shimmering turquoise waters off Abu Dhabi’s Blue Flagged public beach, the course weaves along the UAE capital’s stunning Corniche to the spectacular Yas Marina Circuit, home to the annual Formula 1™ Etihad Airways Abu Dhabi Grand Prix on Yas Island, before returning to the heart of the city. The Abu Dhabi International Triathlon offers three course distances; the 223km ‘long course’ (3km swim, a 200km cycle and 20km run), the half-length ‘short’ course (1.5km swim, a 100km cycle and a 10 km run) and the sprint course (750m swim, a 50km bike and 5km run). Both the ‘short’ and the ‘sprint’ can be run as a team relay. Organisers have frozen athlete registration fees for the fifth year in a row. Athletes interested in entering should visit www.abudhabitriathlon.com and, after clicking on the ENTER NOW link, simply follow the instructions. Entry fees for the long and short distances are US$190 (AED 695) and US $130 (AED 475) respectively, while Sprint course rates are US$75 (AED 275) for individuals and US $120 (AED440) for a team. The fee for the team relay is US$280 (AED1,022). - ILQ News -