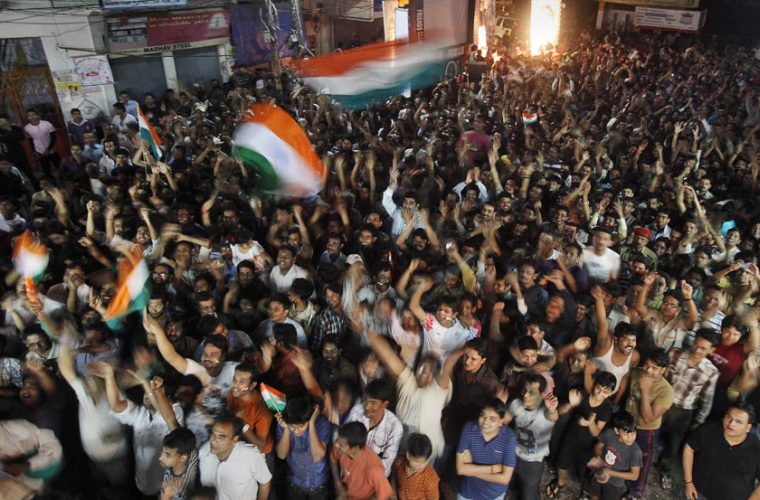 He told an Indian newspaper in an interview published on Wednesday during his two-day official visit to New Delhi: “We are expecting tens of thousands of Indians for the World Cup, especially a lot of Indians would travel to watch the Games”.

He said: “We are a Third World country. We are a Middle Eastern country and we are a Muslim country. You have people against those three things, and we are very small country, but the way we won the bid is because we have been representing the Arab countries and we mean it”.

The Emir emphasised in the interview given to The Times of India that the depth of historical ties with India was not confined to gas, but went far beyond that, Qatar News Agency reported.

The Emir said Qatar planned to invest in India within an open investment policy in all fields, and referred to his conversations with the Indian government that touched on several issues, including terrorism.

Seven million Indians live in the region, and around 631,000 of them — from labourers to doctors and engineers — are working in Qatar. “I know it’s important for the Indian government to understand what we feel and what is going on,” the Emir said.

“Though the Gulf countries are stable, we are very close to the unrest in Syria, Iraq and Yemen. The longer that continues, we know that it will affect our region. We have to find solutions. I think peaceful political solutions are the only ideal way out of it,” he added.

In the case of Syria, the Emir said that a peaceful solution is the only way to get out of the crisis, but without Bashar Al Assad, who has been facing his own people with weapons, killing his own people.

He said that in the early days of the uprising the Syrian people did not want to topple the regime but wanted reform and dignity. And what happened? Assad started killing his own people and confronting them with chemical weapons and bombs.

“When the Arab Spring started, you didn’t hear about terrorist movements. There was a lot of hope for freedom, for dignity, for equality,” the Emir said, adding: “But things started to get bloody in Syria and other countries, now we see other terrorist groups are growing.”

“We have to identify the real reason for these terrorist movements. We have had terrorist movements earlier. It has nothing to do with religion, because every religion has had its own terrorists and extremists. A decade ago everybody was fighting terrorism, another terrorist group. They were successful to some degree.”

“Then other terrorist groups came in, stronger, bloodier, and more brutal. We have to understand the main reason behind these. I believe the only way out is to have a political process, freedom for people’s participation in their future,” the Emir said.

Asked about media reports about Qatar’s alleged involvement in the financing of terrorist groups, the Emir said: “People have been talking a lot about Qatar and spreading rumours, but if you think about terrorist finance it can happen in all countries, including Western countries.”

He stressed that in Qatar there are laws preventing helping terrorist movements and that anybody who does this should be punished.

“People don’t understand that sometimes people do it, not intentionally to support terrorism, they are helping their brothers in Syria and Iraq, but sometimes the money goes to the wrong people, so it is very difficult for some of the people to see who is really financing the terrorist,” the Emir added.

Regarding Syria and Iraq, the Emir said that most of the weapons there were from the West, noting that he did not know who was providing the funds. He said sometimes it was difficult to prevent weapons falling into the wrong hands.