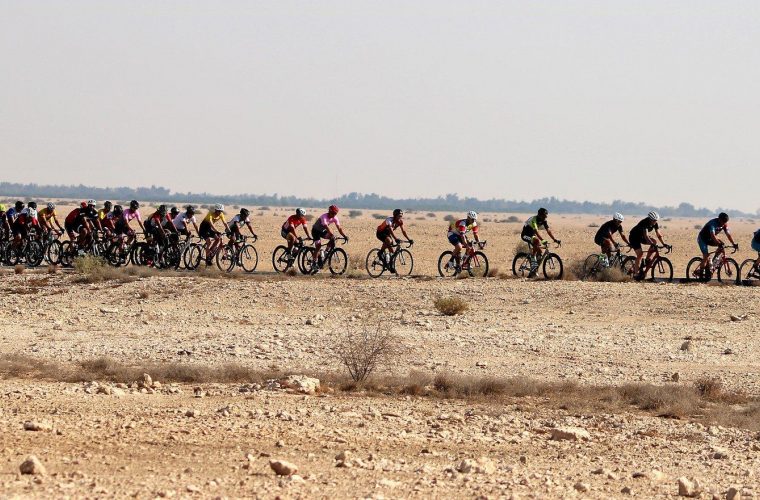 "The Nationals" are the premier events in Qatar's road racing calendar. Each year the best Qatari cyclists compete to be recognised as their country's best cyclist and earn the right to wear the National Champions jersey for one year.

Right around the cycling world, wearing the jersey carrying your national flag is a huge honour, as it is here too in Qatar.

Results will be officially logged with cyclings governing body, the UCI. In itself, this achieves recognition for the State of Qatar on the world stage.

Dukhan, with its elevated limestone formations, is easily the best location for road cycling in Qatar.

The 25 km lap heading out of town into hilly oilfields to the northeast then returning along the windy seashore to the west, has plenty of interesting elements which make the race demanding enough to separate the riders according to ability and discover the true champions.

The current titleholder, Fawaz Al Shammri, will not defend his title due to injury. This leaves last year's runner up Marwan Al Jalham starting as favourite. A bunch sprint finish is unlikely but road racing is a tactical as well as a physical challenge and we can expect surprises.

In addition to the Qatari Championship, there are races for masters (aged over 40), veterans (aged over 50) and expats.

Dr. Mohamed Al Kuwari, President of QCTF was enthusiastic before the event: "We, at QCTF have been always very active with event organization.

Most events target the whole cycling or triathlon community and each year we are welcoming new members to both of our sports.

The Qatar Road National Champs are a very important part of our events calendar. We are looking forward to see who are the best Qatari and Expats in the country".

The event is sponsored by The Masters Medical Center and supported by Royal Air Maroc, Rayyan Natural Water and Rasen Adventure Shop.