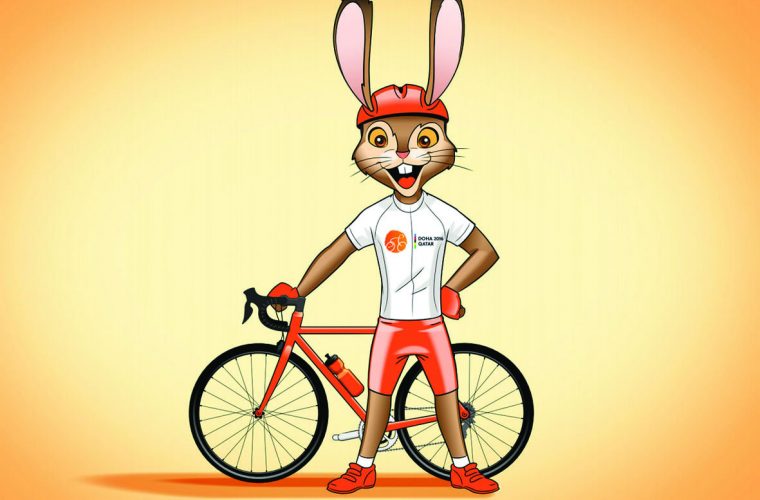 The Organising Committee of the UCI Road World Championship, Doha 2016, unveiled the official mascot for the event, Khaz, who is a young Arabian hare.

Khaz has been chosen because he represents many of the values that the organizers expect to portray at the world class event which is expected to feature the best in the world competing for top honours.

“Khaz is a brave, independent, gentle young Hare who represents the Qatari values of peace, hope and community. He is proud of his country, loves his extended family and respects all other creatures who share his land. He captures the spirit of the Event in his optimism, determination, generosity and exuberance. His passion for cycling and playful nature make him an ideal symbol for Qatar’s historic role in hosting the UCI Road World Championships, Doha 2016”, a press release issued by the organizing committee read.

The event which has a history of more than 95 years, will be held from October 9 to 16, 2016 and more than 1000 cyclists from 75 countries are expected to compete in Doha. (Source)