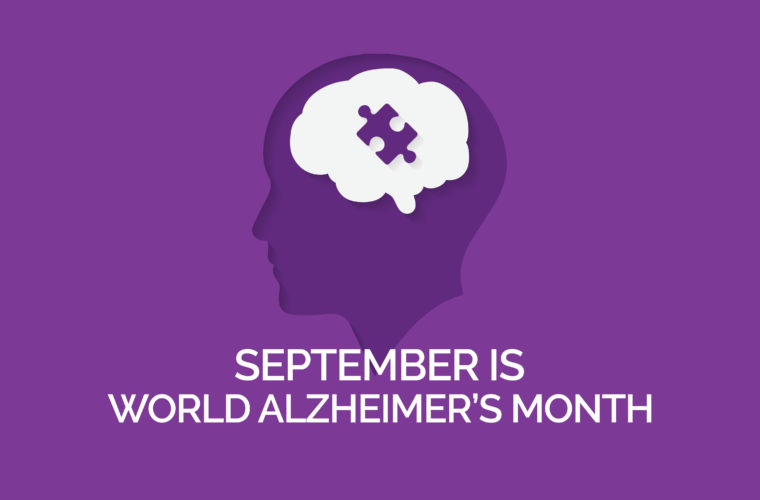 In Qatar, over 4,400 people over the age of 60 may have dementia. This figure may rise tenfold to over 41,000 people by the year 2050 if no cure or improved prevention takes in place, according to the United Nations. (Peninsula Qatar)

World Alzheimer’s Month is marked every September with 21 September being World Alzheimer’s Day. The aim of this month is to raise awareness of the disease and challenge the stigma that continues to be associated with it. The theme for 2021 is 'Know Dementia, Know Alzheimer’s'. This campaign was started in September 2012 and has gained momentum over the years, also in Qatar, though, even today, according to Alzheimer’s Disease International:

“2 out of every 3 people globally believe there is little or no understanding of dementia in their countries.The impact of World Alzheimer's Month is growing, but the stigmatisation and misinformation that surrounds dementia remains a global problem, that requires global action.”

This year Hamad Medical Corporation (HMC) is supporting World Alzheimer's Month with a series of public awareness events being held throughout September.

What exactly is Alzheimer's disease (or dementia)

Dementia and Alzheimer's disease are often used interchangeably to describe several symptoms and issues related to brain health and functioning; however, Alzheimer’s is a specific disease, whereas dementia describes a group of symptoms that can be associated with a decline in memory, reasoning, or other thinking skills. (Medicine Net)

Individuals with dementia associated with Alzheimer’s disease experience multiple symptoms that change over the years, reflecting the degree of damage to nerve cells in different parts of the brain. The pace at which symptoms advance differs from person to person.

The following symptoms are common in people with Alzheimer's 'disease:

People suffering from Alzheimer’s may have difficulty with day-to-day living, and may not be able to remember names and events, etc. This can make them more dependent on others for tasks like cooking, shopping, bathing and dressing, eating and even walking.

According to research, almost half the cases of Alzheimer’s disease worldwide may be the result of the modifiable risk factors given below:

By adopting a healthy life style, we can reduce the risk of Alzheimer’s disease and other types of dementias.:

Unfortunately, there is no known cure for Alzheimer's disease yet, although research is being done, but treatments are available that can slow it down.

The government of Qatar has been striving hard to ensure all its residents have access to quality healthcare, and subsequently, continuously updates and improves its healthcare services and related support.

The Qatar government also recognises that while the country has a bigger population of relatively young people, the percentage of elderly people, or senior citizens, (aged 60 and above) is on the rise, and there is more need for comprehensive health and ancillary care services for the geriatric population. More often than not, younger people get more attention and senior citizens area overlooked even though they make an important contribution to the fabric of our societies.

This increases the demand for primary healthcare and long-term care, requiring a larger and better-trained workforce and stresses the need for environments to be made more age-friendly. Yet, these investments can enable the contributions of older people to society — whether it be within their family, to their local or national communities.

Age is one of the greatest risk factors for developing Alzheimer’s disease (dementia) and as life expectancy is on the rise in the world overall, the likelihood of people living longer and developing this condition is also on the rise. Dementia and the related, often debilitating, illnesses can have a devastating impact on the person who develops it, as well as their family and friends.

Alzheimer’s is the most common form of dementia, which is referred to as different brain disorders that affect memory, thinking, behaviour and emotions, and accounts for about 60%t of all dementia cases. The World Alzheimer Report 2015 estimates that there are currently 46.8 million people living with dementia around the world. Although, most of the people who have Alzheimer's are 65 years and older, according to The Alzheimer’s Association, up to 5% of people with the disease have early-onset Alzheimer’s, which can appear in their 40s and 50s. One important thing to keep in mind is that it isn't a normal part of ageing.

What is Qatar doing about Alzheimer's disease

Despite approximately 50 million people worldwide living with dementia, currently, very few countries have formulated national dementia plans. Qatar is one of the few developed nations, and the only Arab country, working on a dementia plan for its local population because it recognises the huge impact dementia can have in society.

The country's Ministry of Public Health (MoPH) has supported the Dementia Stakeholder Group in the development of the National Dementia Plan 2018-2022 to establish a framework for future dementia care planning and delivery to make a difference in the lives of people living with dementia and their caregivers. It was developed by a team led by Dr. Hanadi Khamis Al Hamad, national lead for the Healthy Ageing under the MoPH and focal lead for the Global Dementia Observatory of the World Health Organisation (WHO), in cooperation with a number of stakeholders, including HMC, the Primary Health Care Corporation (PHCC) and social organisations.

The aim of the Qatar National Dementia Plan is to set out the vision for future services for people with dementia, their families and carers. This will be achieved by increasing public and professional awareness of dementia, encouraging timely diagnosis and early intervention, improving post-diagnostic treatment and care. Improving all our services to become dementia-friendly will help in enhancing the quality of life of individuals with dementia and their carers in Qatar.

This plan sets out seven action areas that address those areas of dementia care which will have the most impact on improving the quality of care.

National target by 2022: One year increase in Healthy Life Years for those in Qatar who are over 65 years of age.

On 15 June 2020, The MOPH launched the National Alzheimer’s and Memory Services Helpline (RAHA) to provide support and care for the elderly in Qatar. In Arabic, Raha means comfort and the RAHA helpline does just that. It supports, assists and provides confidential care for patients with Alzheimer’s Disease and Related Dementias along with providing support to their families. It also provides information about brain diseases such as Alzheimer’s Disease and Related Dementias, and helps in the evaluation of memory concerns, while supporting people in managing the condition.

The helpline is answered by a dedicated multi-disciplinary team, which includes specialist dementia nurses, geriatricians, a geriatric psychiatrist and a psychologist. This is a service that provides compassionate and confidential care for patients and their families.

Qatar is, currently, in the process of setting up a Qatar National Dementia Registry so it can provide accurate data about the cases in the country.

Things to do in Qatar during World Alzheimer's Month