What is Movember and why do men grow moustaches for it? 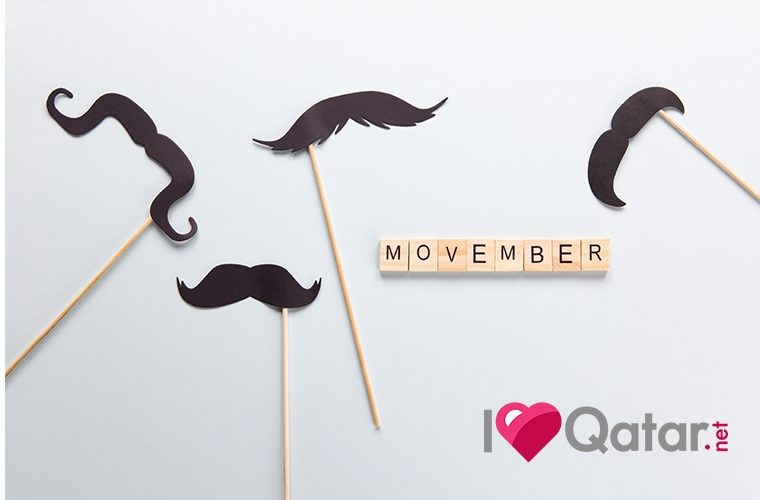 During the month of November, you will see many men all over the world grow a moustache, so they can turn November into Movember? Why, you may ask? To raise awareness about health issues that surround men. These include testicular cancer, prostate cancer and also mental health. The concept is that since early prevention can save lives, it's important to understand how men can prevent prostate or testicular cancer by knowing the family history of cancers, understand how a healthy diet and exercise can help bring down the chances of getting these cancers and getting year checkups done.

Movember is an amalgamation of the two words ‘moustache’ and ‘November' merged together to become ‘Movember’. The term ‘Movember’ became a thing in the 1990s in Australia, and since then has evolved into a big awareness campaign held every November, with a foundation with the same name that was started in 2003 by Travis Garone and Luke Slattery in Melbourne. Since then the non-profit organization (NGO), has grown worldwide and has been ranked as one of the Top 100 NGOs in the world by NGO Advisor.

Today, over 20 countries take part in Movember every year, and the NGO has raised more than $700 million for men’s health issues. Its aim is to reduce the number of men that die prematurely by 25%.

Every November, men who want to participate in the men’s health awareness campaign start growing a moustache which they keep the whole month (and beyond if they like it and want to keep it).

How to participate in Movember

Shave? But aren’t men supposed to stop shaving? Let’s explain. Men are encouraged to shave on 1 November, and then grow whatever type of moustache they want for the rest of the month.

There is no specific moustache type, in fact, this is a great time for men to experiment and try something different. There are many styles of moustaches to choose from. Check out this style guide:

The following are some tips from Movember on how to grow your moustache:

" Be prepared: Aim for a style that will grace your face, but embrace the moustache that nature gives you, because whatever you grow will save a bro.

Be brave: The first few days, even weeks, can be uncomfortable as your Mo takes shape. Ride it out to encourage donations.

Ignore the itching: Remind yourself that men have endured worse in the past. You can stand a little face tickle.

Shape your moustache: Get across all the proper grooming techniques. A great Mo comes down to great grooming.

Growing a beard is not part of Movember. That’s NoShave November! This means that men must also shave their sideburns.

Donate to a charity that deals with men’s cancer of other health issues related to men, like depression, etc.

In addition to Movember, the month of November is also known as NoShave November. According to Dictionary.com, NoShave November was started in 2009 in the US and encourages men to grow a beard and refrain from grooming their hair, trimming it or cutting it. These men then donate money towards cancer (not just male-related cancers, but female-related as well) that they ordinarily would have spent on grooming their hair and beard.

NoShave November’s roots go back to 2009 when it was started as a Facebook page to create awareness of cancer charities and cancer research. The page was started by the Hill family in Chicago after their father Matthew Hill passed away from colon cancer in 2007.

The idea behind growing the hair and the beard, which is different from Movember in which only a moustache is grown, is to appreciate the fact that these men are lucky that they have hair, especially since most cancer patients who undergo chemotherapy as a cancer treatment, end up losing their hair.

After NoShave November partnered with the American Cancer Society, it has been able to raise over one million dollars towards cancer awareness and research.

Will you support Movember this year? Will you keep a moustache? Do let us know in our comments section. Like and share the article - it keeps us going!