One in 10 Qatar residents suffer from kidney disorder 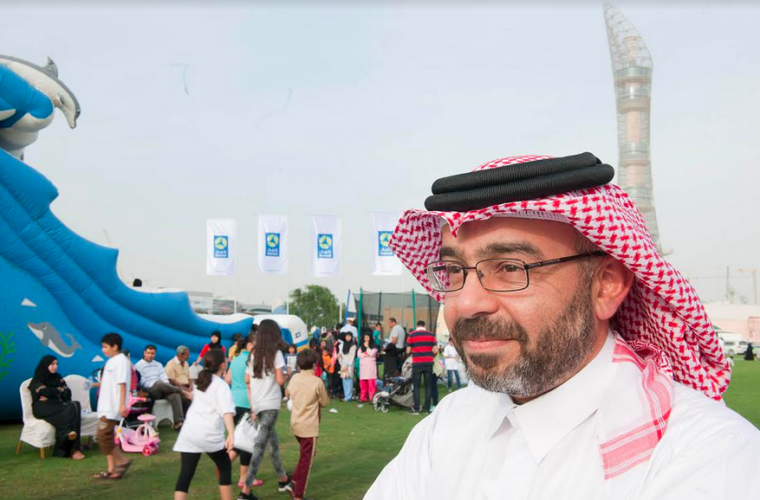 With one in ten Qatar residents believed to have some form of kidney disorder, an official from Hamad Medical Corporation’s (HMC) Nephrology Division says recognizing World Kidney Day (WKD), observed annually on the second Thursday in March, is an important part of his team’s efforts to raise awareness of the importance of good kidney health.

The kidneys are a pair of bean-shaped organs measuring approximately five inches long and located just below the ribs at either side of the spine. They remove waste products and excess fluid from the body. All of the blood in your body passes through the kidneys several times a day.

Chronic kidney disease, also called chronic kidney failure, is the gradual loss of kidney function over a period of months or years. It can be caused by a number of factors, ranging from diseases such as diabetes, or can be inherited (passed on from a parent).

According to Dr. Hassan Al Malki, Head of HMC's Nephrology Department, there may be no signs or symptoms during the early stages of chronic kidney disease.

“It may not become apparent that a person has kidney disease until their kidney function is significantly impaired. Our kidneys are highly adaptable and able to compensate for lost function, so signs and symptoms may not appear until irreversible damage has occurred.

Kidney disease can affect people of all ages and races and it is important that we use the occasion of World Kidney Day to educate members of the community about how important this vital organ is and what they can do to protect it,” said Dr. Al Malki.

The signs and symptoms of kidney disease are often nonspecific, meaning they can also be caused by other illnesses or can be mistaken for other health conditions. Signs and symptoms of kidney disease can include nausea, vomiting, loss of appetite, fatigue, weakness, sleep problems, changes in how much you urinate, muscle twitches and cramps, swelling of feet and ankles, and high blood pressure (hypertension).

This year’s theme for World Kidney Day is ‘Kidneys and Women’s Health – Include, Value, Empower.’ HMC has organized a number of public awareness events to mark the day, with activities focused on creating awareness of preventive behaviors, risk factors, disease signs and symptoms, as well as how to live with kidney disease.

Chronic kidney disease is believed to affect 195 million women worldwide and it is currently the eighth leading cause of death in women. According to Dr. Essa Abuhelaiqa, a Nephrologist and Consultant at Hamad General Hospital, diagnoses of kidney disorders are on the rise, especially among women, underscoring the significance of this year’s theme.

“This year’s theme provides us with a unique opportunity to reflect on the importance of women’s health and specifically their kidney health,” said Dr. Abuhelaiqa. “We have planned a series of events aimed at getting families involved in fun and educational activities that highlight the importance of an active lifestyle in maintaining kidney health.”

From 5 to 8 March, health awareness booths will be set up at the main entrances of Hamad General, Women’s, Al Wakra and Al Khor Hospitals. The booths will be staffed by clinical teams from HMC and will provide patients, visitors, and other members of the public with information leaflets and health education materials. Dietitians and nephrology educators will also be available to provide advice and answer questions.

Members of the public are also invited to participate in a walkathon on 9 March from 3pm to 6pm at the Doha Corniche.

From 11 to 13 March, HMC will also host various awareness activities at select primary health centers and secondary schools, as well as at Qatar University, the University of Calgary in Qatar, and Weill Cornell Medicine.