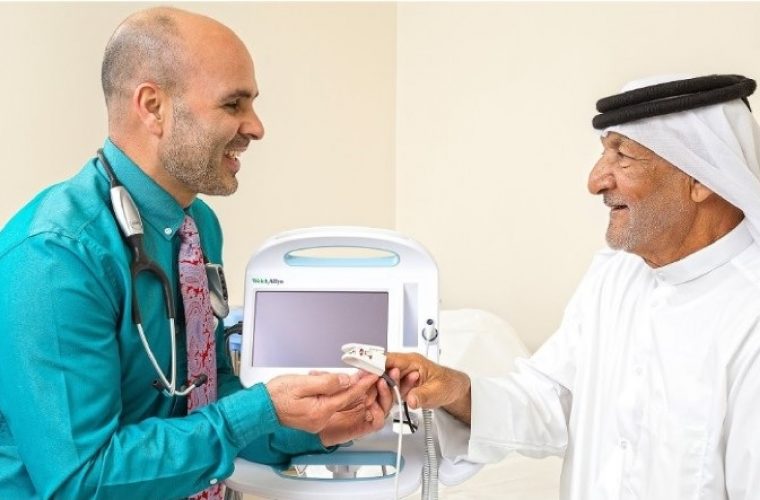 Hamad Medical Corporation (HMC) is participating in World Alzheimer's Month, the international campaign held each September to raise awareness and challenge the stigma that surrounds dementia, with a series of public events taking place throughout the month.

Senior Consultant and Chairperson of Geriatrics and Long Term Care at HMC Dr. Hanadi Al Hamad explained the importance of engaging with the public and other stakeholders to improve understanding about both the needs of those living with Alzheimer's disease, as well as the challenges they, and their caregivers, encounter.

"There is a limited understanding of the signs and symptoms of Alzheimer's disease. Many people think it is a normal part of aging. In many cases, family and friends simply do not know how to talk about someone they care about when that individual is experiencing a significant decline in memory, reasoning, and thinking abilities. Stigmatisation and lack of information surrounding this disease, and dementia in general, remains a global health problem," said Dr. Al Hamad,

Dr. Al Hamad, who is also the National Health Strategy Lead for Healthy Ageing said: "Here in Qatar we now have the Qatar National Dementia Plan, which was launched by Minister of Public Health Dr. Hanan Mohamed Al Kuwari, in November 2018 as part of a long-term plan to enhance services and care for people living with dementia and to provide support to caregivers."

She noted that stigma associated with Alzheimer's disease continues to be a major factor delaying the early diagnosis of the disease and appropriate care. She said the eighth World Alzheimer's Month campaign, which is being held under the theme Let's talk about dementia', is a call to action for everyone to tackle fear and stigma surrounding dementia.

"In recognition of World Alzheimer's Month this year, the Qatar National Dementia Plan team has planned a series of events to raise awareness of the symptoms of Alzheimer's disease as part of a wider effort to improve early detection of the condition. We are organising sessions for the general public as well as events that are targeted at educating healthcare professionals," added Dr. Al Hamad.

Dr. Al Hamad noted that a key highlight of this year's campaign is a National Dementia Training Programme led by a team of trainers from Alzheimer's Disease International (ADI) Singapore and ADI Indonesia. The program includes a day of training designed especially for family caregivers and will coincide with the launch of HMC's annual dementia awareness campaign.

"I am immensely proud of the members of my team who contribute their knowledge and time toward educating others about Alzheimer's disease and dementia. Only by encouraging people to talk about dementia' can we hope to fight stigma and improve the lives of those living with Alzheimer's disease," added Dr. Al Hamad.