fit20 Qatar: Did it work and is it worth it? 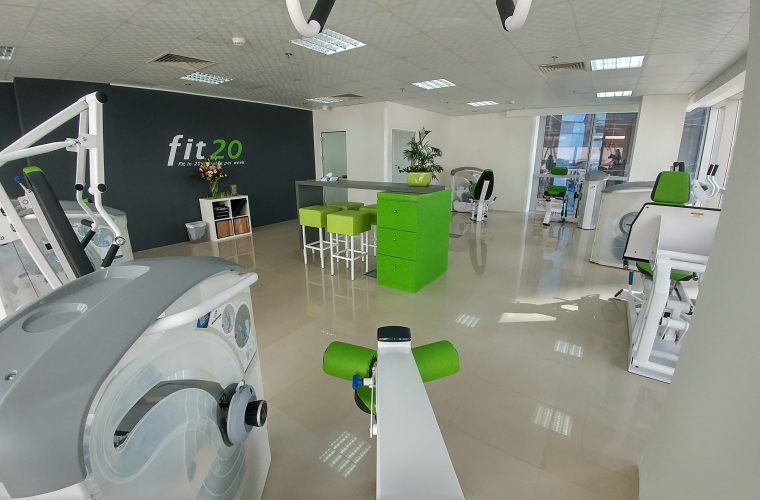 We have to admit, it’s a concept that can quickly and easily sell itself. Working out just 20 minutes a week could have a greater impact on your strength and muscle-building than intense, daily routines that see you spending hours in the gym. Sounds too good to be true, right?

Well, when Dutch brand fit20 opened its first franchise here in Qatar, its goal was to recalibrate our sense of work/life balance by offering customers a way to get their daily exercise in at virtually little-to-no inconvenience to them. Perfect for the busy work-a-day lifestyle, made all the more ideal given the fact that that 20-minute session was only once a week.

What began a decade ago in the Netherlands, has now become a phenomenon in Europe with 100 studios now in operation throughout the Netherlands, Belgium, and the U.K. Qatar’s branch marks the brands foray outside Europe and into the Middle Eastern market.

Located in West Bay’s Qatar Tower, fit20 Qatar has gained a following – not least from the ILQ team members who took on the task of trying a 3-month course of sessions and chronicling our results. But just how does fit20 work? Well, think of it as High-Intensity Training (HIT)…in super slow-motion, with the purpose being to achieve full muscle fatigue.

“fit20 is based on the principles of High-Intensity Training (HIT), which was developed in the 1970s by a gentleman called Arthur Jones,” explains fit20 Qatar Managing Director, Matthijs Westra. ”We’ll push your muscles a little beyond their current maximum capacity and, as a result, the whole body will get an optimum stimulus to adapt and get stronger.

“All exercises are performed to the point where your muscles aren’t able to push any further, and always under the guidance of a personal trainer. In that way, it’s only the muscles that are doing the work – and since train in slow motion, the chances of injury are minimal,” he continues.

After your initial assessment which takes stock of your fitness goals, current level of fitness and measurements, your fit20 trainer will created a dedicated fit20 profile for you on an iPad, which allows them to track your progress, see where improvements have been made, and where weights and reps need to be adjusted.

One thing we have to be upfront about – fit20 is NOT a weight-loss program. It’s about building muscle and becoming stronger over all which can in turn, lead to easier weight-loss through other kinds of exercise routines, coupled with diet.

The fit20 Qatar circuit of machines aims to work a different muscle group, with progress ideally being made each week in terms of weight increases, time, and repetitions. Westra and his team of trainers are all professionally-trained and qualified, friendly and, most importantly, there to provide you with the push you need when the going gets tough – because get tough it will! Over the course of my three-month fit20 plan my circuit routine was as follows:

Without a doubt, for me, the chest press and leg press were the two most challenging elements on the circuit in terms of burn and muscle exhaustion – followed by the abdominal machine. As the more you progress the more the weights go up until, eventually your body has adapted and strengthened itself to the point where you find yourself going for longer periods at higher weights which you didn’t think possible.

You won’t experience anything like the burn coursing through your knees after those leg presses. They left me like jelly for the first month or so. The program also takes into consideration any previous injuries you may have sustained and adjusts the routine and the weights accordingly.

During the three-months I participated in the program, I saw an overall increase in my average weighted progress of 18% during this time. My chest, lat pull, and leg press seeing a 13% improvement increase as well. My back extension improved the most given the fact that my back injury had me starting off slow, and then building up to a level I didn’t think was possible.

My abdominals saw the least improvement – which can be more common in women. I needed support at the beginning to get the crunches right, so it was only towards the end of the training period that my abs started doing more work than they were in the beginning.

When calculating the starting point of a client’s progress measurements, Westra explains it’s on simply the weight and time of your very first session – but an average calculated over your first 3 sessions, where the algorithm takes both weights and time into consideration.

For my male colleague who participated in the training session as well, his results saw an average increase of 12% in weight and time, with his chest press improving the most at 23%, while his abduction decreased due to the time being lower than in previous sessions towards the end.

There’s no doubt that fit20 Qatar is a novel way of approaching sustainable fitness and the workouts, while short at just 20 minutes, are a definite proper workout that will leave you sweating and like Jell-O afterwards! It’s also a fitness lifestyle that’s quickly catching on here in Qatar, with bookings filling up to accommodate the lunch-time crowd, or the after-work lot.

While I did not lose weight – and again, that is no the main goal or purpose of fit20 Qatar…I did feel stronger and more agile over the course of the three months – pressing weights that I thought would previously leave my joints in the dust. And there’s something to be said for that sense of knowing that your body still has what it takes to transform itself, and that you’re stronger than you think.

And for 20 minutes, once a week? It’s a fitness no-brainer!

Have you tried fit20 Qatar’s regimen program? If so, drop us a line in the comments below and tell us about your experience. Also, don’t forget to like and share this article!