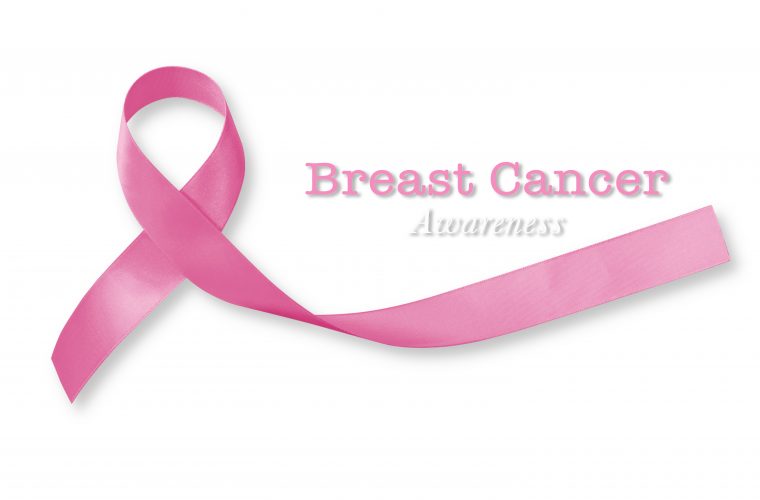 Breast cancer is the result of cells within the breast growing in an abnormal pattern. These cells have the ability to divide much faster as compared to the healthy cells in the breast and pile up with each other. This piling up of these abnormal cells forms a lump or a mass inside the breast, and these cells can even metastasize (spread) when they break away from the place they piled up and then travel from the breast to other parts of the body like the nymph nodes and cause cancer in other parts of the body as well..

More often than not, breast cancer starts in a breast’s milk producing ducts, but can also start from other tissue or cells present in the breast.

Why does 1 in every 8 women get breast cancer and why is breast cancer in women in Qatar ranked first amongst all new cases of malignant cancers in women at 39.41%.

A breast cancer risk factor can be anything that increases the likelihood of being diagnosed with breast cancer.

A lot of research has been conducted on breast cancer as it is one of the leading cancer’s in women, with 1 in every 8 women being diagnosed with breast cancer in her lifetime. Though researchers have indicated that one’s lifestyle, environment one lives in, and hormones can increase the risk of this form of cancer, they still aren’t certain why some people who have the risk factors don’t get the disease, and yet there are some who don’t have any risk factors and are still diagnosed with it.

The main factors that contribute towards an increased risk of breast cancer include:

According to scientific research, at least 5-10% of breast cancers are inherited from immediate family members (mother, sister, daughter) and are associated with the mutation of genes. If an immediate family member has been diagnosed with breast cancer or some other form of cancer, then it is recommended that woman in Qatar get a blood test done to be on the safe side.

Females are much more at risk of developing breast cancer as compared to men. According to a report published by the Qatar National Cancer Registry (QNCR), in 2015, 248 people in Qatar were diagnosed with a malignant form of breast cancer; 24 were men, and 242 were women.

As women grow older, the chances of being diagnosed with breast cancer grows as well. According to breastcancer.org, approximately, 85-90% of breast cancers are the result of mutation or abnormality of genes which are caused by the process of aging as well as the general ‘wear and tear’ of the body.

Women who have had a biopsy done of their breast, in which lobular carcinoma in situ (LCIS) or atypical hyperplasia of the breast was indicated, are at a higher risk of being diagnosed with breast cancer, and those have already been diagnosed with cancer in one of their breasts are 3-4 times more likely to get the disease in a different section of the same breast or the other one..

According to data on obesity (a Body-Mass Index [BMI of over 25]) published by the Ministry of Public Health’s (MoPH) 2012 STEPS report, the percentage of overweight people in Qatar (71.8% men, 68.3% in women) is higher than the World Health Organisation’s (WHO) global prevalence of 39% which is already a high figure.

These 68.3% obese women in Qatar have an increased risk of getting diagnosed with the most common form of cancer in women than those that are able to maintain a healthy weight.

Women who breastfeed for more than a year, are at a lesser risk of being diagnosed with breast cancer in their lifetime, because

1. milk production on a daily basis limits the cells of the breasts to mutate or become abnormal,

2. Most women are prone to eating healthier foods and following a healthy lifestyle while they are breastfeeding to ensure a steady supply of milk, and

3. The estrogen levels in the body are less as many women have less menstruation cycles (in addition to the nine missed menstrual cycles during pregnancy) while they are breastfeeding.

It is believed that hormone replacement therapy (HRT) can cause breast cancer, and that’s why now, most women have stopped opting for HRT after menopause which was normally being given to women to reduce its symptoms that included mood swings, fatigue, bone density loss and hot flashes, etc.)

There are two kinds of HRT:

1. Combination HRT (contains estrogen and progesterone): Combination HRT is known to increase the risk of breast cancer by approximately 75%, even if it is used for a short duration of time.

2. Estrogen-only HRT: This HRT can increase the chances of being diagnosed with breast cancer if it is used for more than 10 years.

Women are at a higher risk of being diagnosed with breast cancer that have received some form of radiation treatment to their chest area as child or as a young adult.

Smoking is the cause of many diseases which include breast cancer, especially in women you are younger, and in those who are exposed to second-hand smoke after menopause. According to the MoPH’s 2012 STEPS, 16.4% of the Qatari population smoked; men were 26 times more likely than women to smoke (31.9% versus 1.2%).

The exposure to second hand smoke in Qatar within restaurants, workplaces and households was:

Women who drink alcohol even just three times a week are at a higher risk of breast cancer than those who don’t drink it because the more alcohol that is consumed the higher the levels of estrogen and other hormones that are cancer causing accumulate in the body.

Though the risk factors are many, it is possible to reduce the risk of getting breast cancer if the following preventions are kept in mind and followed:

It is important to exercise for at least 30 minutes a day at least five days a week to maintain a healthy lifestyle and reduce the risk of breast cancer.

It is important that women of all ages eat a healthy, balanced diet and lead a healthy lifestyle to prevent the risks associated with breast cancer. Unhealthy foods should be removed from the diet, and replaced with fruits, vegetable, legumes, beans, chicken and fish; red meat should be limited.

If obese, weight must be reduced as obesity has a high risk of breast cancer associated with it.

As discussed above smoking is detrimental to health and can cause breast cancer, so it must be stopped.

'Screen For Life’, Qatar’s National Breast and Bowel Cancer Screening programme, offers all women in Qatar free breast screening if they are between the ages of 45 and 70 every three years. There are 3 breast screening facilities in Qatar that have been provided by Primary Health Care Corporation (PHCC). These are located at the Al Wakra, Leabaib and Rawdat Al Khail Health Centers, and the Mobile Screening Unit is also becoming increasing popular and travels to different parts of the country offering free screening for women.

It is best for women to avoid taking HRT when they hit menopause because of the breast cancer risks associated with the treatment. For women who do opt for HRT, it is important to talk to an experienced medical professional and weigh all the pros and cons before making a decision.

How healthy is your lifestyle? What are you doing to avoid the risk factors associated with breast cancer? Do let us know in our Comments section. Like and share the article - it keeps us going!