ATV accident rates on the rise in Qatar: Here’s how to stay safe 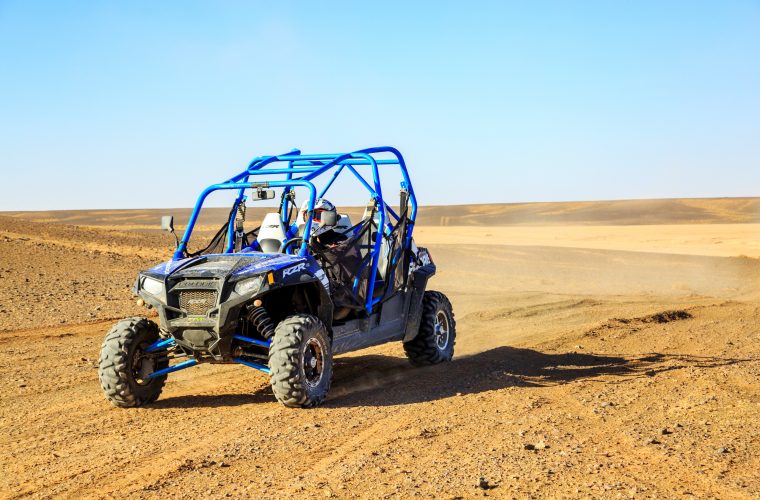 Chances are if you’ve lived in Qatar for any length of time and are avid outdoor enthusiast, it’s likely you’ve either driven or rode on an All-Terrain Vehicle (ATV) – whether up and down the dunes, along the beach, or elsewhere.

According to the report, children as young as 16 months of age have been treated by Hamad Medical Corporation (HMC) for injuries sustained because of ATV crashes, while young males under 22 years of age are identified as being at most risk for severe injury.

The report details the results of an analysis of 616 patients treated at Hamad General Hospital between 2008 and 2016 for injuries sustained while using or riding ATVs. According to the report, more than 75% of all injuries happened between the months of December and March, while fourteen of the 616 patients treated succumbed to their injuries.

“The month of December is when Hamad Trauma Center begins to see more patients who are injured while riding ATVs,” says Dr. Rafael Consunji, Director of the HIPP, which is the community outreach arm of the Hamad Trauma Center. “Most of the victims are youth, between the ages of 12 and 29 years. While many of the patients injured during the nine-year study period were male, including many below the age of 12 years, we are seeing an increasing number of female victims.”

Dr. Consunji explained that ATVs are designed for one passenger, and that safely operating the vehicles requires the driver to manage the passenger’s weight. He said the driver must have enough strength, training, and experience to drive the ATV safely.

“Safety laws regarding ATV use are in force throughout much of the world and not only place an age limit on the operation of these vehicles but also require the use of protective equipment such as helmets. Families must see to it that young children do not drive or ride ATVs,” he said.

He added that during the period studied, only 2.6% of the patients treated were wearing a helmet or harness and more than 80% of the victims who died from their injuries did so because of a traumatic brain injury. According to the report, head injuries were the most common, followed by arm and leg fractures.

While there are no regulations requiring the use of personal protective equipment while operating ATVs in Qatar, Dr. Consunji recommends it. Helmets with fastened chinstraps and safety glasses, goggles, or a face-shield, have been shown to reduce the severity of injuries when crashes do occur. Over-the-ankle boots, gloves, long-sleeved shirts, and long pants are also recommended to protect knees and elbows from cuts and scratches. It’s also recommended to select ATVs with full-driver restraint systems, such as a 5- or 7-point harness [like those worn by Formula 1 drivers], anchored at the crotch and shoulders. These restraints have been shown to prevent ejection from the ATV. It’s also recommended to choose an ATV with a roll-bar, that protects the driver from the full weight of the ATV and the direct impact of the ground if a rollover should occur.

Planning an ATV excursion? Here are some important safety tips to keep in mind.

ATV’s are not toys.

The size, power, and weight of an ATV requires complex decision-making, impulse control, and strength, which are not present in young children. The American Academy of Orthopedic Surgeons states that children, younger than 12 years old, should not operate ATV’s.

ATV’s are designed for only one user.

Do not operate an ATV while impaired.

Any substance that impairs reaction time and judgment, or even being sleepy or drowsy, makes for unsafe ATV use.

Do not operate an ATV at night or on public roads.

Most ATV’s do not have headlights and the inability to see the terrain clearly and to be seen by others makes night ATV trips riskier. Most ATVs have fixed rear axles which do not allow the inner rear wheel to rotate freely when turning. This can cause the sudden release of torque which, on firm surfaces, promotes lurching and loss of control.

Leave the stunt-driving to professionals.

Most injuries are the result of collisions and rollovers. Collisions may be with fixed objects [suddenly appearing walls, posts, etc.], another ATV, or with other vehicles. Children are more likely to be injured in collisions or in lateral rollovers while adults are more commonly injured in backward rollovers, a common mechanism when ascending hills or dunes or doing ‘wheelies'’ or stunts.

Get trained and certified in ATV safety.

An ATV is a complex motor vehicle that requires formal instructions and/or training before one can safely operate the vehicle. Some countries require a distinct ATV license for all ATV drivers. These licenses are issued based on demonstrated competence in handling the vehicle and knowledge of the safety hazards.

Have you or someone you know ever been injured while using an ATV? Drop us a line in the comments below and tell us what regulations you feel Qatar should implement towards ATV safety. Also, don’t forget to like and share this article.