All about FACT Dining Awards 2019 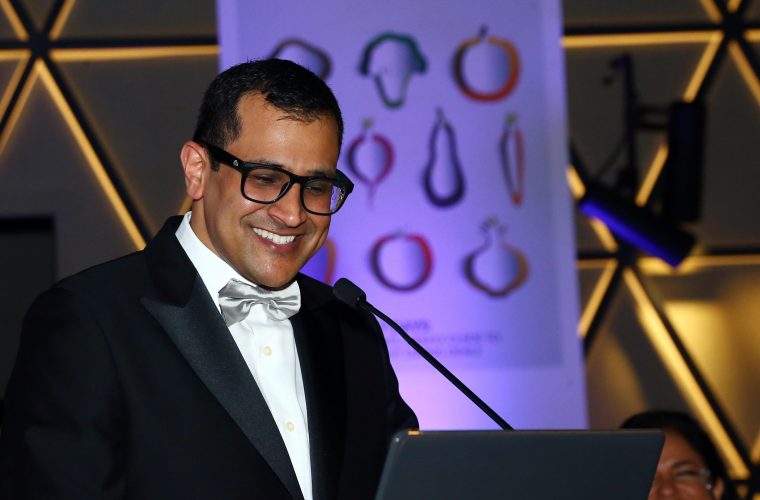 FACT Qatar magazine hosted another dazzling awards ceremony for the fifth annual FACT Dining Awards, on April 7. The much-anticipated event, which heralds another successful year of operation for the publication in Qatar, was held at one of the city’s trendiest hotspots: Iris, Sharq Village & Spa.

Close to 400 guests were seen socialising and enjoying the laid-back ambience whilst savouring a variety of great food and drinks in the company of their industry peers, as the winners from the 36 categories were announced. The who’s who of Doha’s hospitality sector turned out for the exciting ceremony turned lavish party, with top GMs, F&B Directors, Chefs, Marketing and PR professionals, as well as selected Doha bloggers and social media influencers in attendance.

Embodying FACT’s down-to-earth and fun approach, the event was a casual and classy affair with lots of fabulous food, free- flowing drinks and a lively vibe. The beautiful décor was sponsored by Gyps-Ophelia as we saw guests enjoy the photo booth sponsored by Dream Machine in front of the flower wall, and the event’s arrangement was sponsored by Red Apple Events. Local makeup artist Lucky added an oomph to the event with her exemplary skills as guests enjoyed a little extra glitz!

Marisela Paesano, Publishing Director of FACT Magazine, Qatar, said: “Now in our fifth year, the FACT Dining Awards has become a highlight on the hospitality calendar in Doha, and an event that we are very honoured to host. It’s our privilege to be able to recognise and award the efforts of all the excellent food and beverage outlets here in Qatar.

“The dining scene in Doha is so diverse and dynamic, with so many loved venues alongside exciting new ventures opening up all the time. As members of the media, it is our duty to give credit to the hundreds of venues that are such a big part of daily life here in Doha,” she added.

“I would like to congratulate all the winners, and to every single nominee - you are the heartbeat of this great city and this is just our way of showing appreciation for your continued hard work. It’s incredible to see the mutual support shared and received between the media and the hospitality industry in Doha, especially because there are just so many high-quality venues in the city. The competition is tough, which only means that the standard of food gets better and better every year.

“We thank everyone who came out and helped us to commend the best in the culinary game, and we’ll be back next year with more to celebrate,” she said.

FACT Magazine is a well-established urban culture and lifestyle magazine published regionally since 2004, with titles across the GCC. FACT Dining Awards were established in 2015 in Doha to acknowledge, reward and celebrate excellence across all key sectors of the hospitality industry. Today, the FACT Awards brand is recognised regionally as the ultimate hallmark of industry excellence.

FACT Magazine is proud to partner with Genesis as the officially motor partner. The company has a trademark of evoking iconic experiences of performance, safety and peace of mind. They re-imagine the power and the promise of premium mobility. The Genesis experience liberates, inspires, and unlocks the profound feeling of individual freedom combined with a spirit of smooth elegance.

The FACT Dining Awards recognises excellence in the food and beverage industry, with winners awarded based on both public vote and critics’ opinion. Each category was given two awards, the BEST and the FAVOURITE. The latter is the result of a popular choice decided through online voting, and the former is the critic’s choice decided by an independent panel of food bloggers, the FACT editorial team and industry experts in Doha. Some of the standout accolades included Best Newcomer – Fine Dining which was awarded to the one of the most popular dining haunts in the city – Indego by Vineet, attracting thousands of votes, whilst the Favourite Newcomer – Fine Dining went to STK at The Ritz-Carlton Doha. Other notable wins included 5-star hotels like Four Seasons Hotel Doha, InterContinental Doha Hotel & Residences, Grand Hyatt Doha Hotel & Villas, and many more.

Social media was abuzz too as Doha’s dining elite shared their photos on Facebook & Instagram, with the FACT team taking readers behind the scenes of the event on their Instagram story (@factqatarmagazine).