You won't believe that these 10 Aspire Lake Festival photographs were taken through a smartphone! 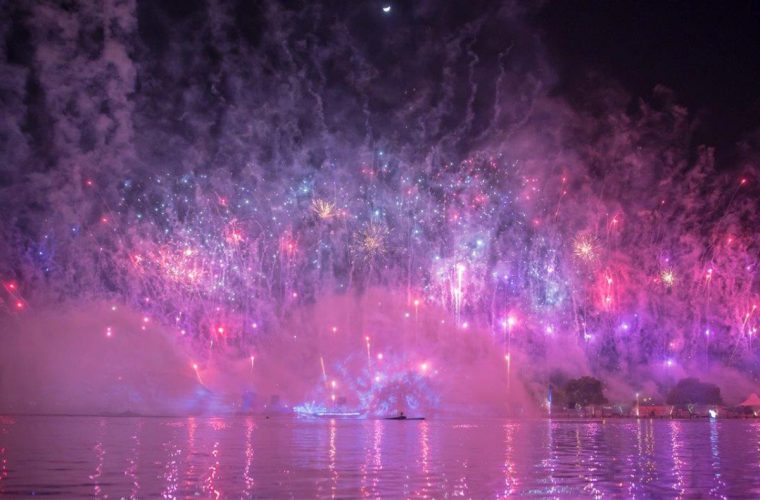 For someone who attended the 2nd edition of the Aspire Lake Festival two days in a row, it's hard not to take photographs despite not having a decent camera or DSLR. So just like many of my fellow spectators, I arrived at the Aspire Zone with my sole intention of witnessing a fantastic show -- the recording aspect was just secondary.

With record-breaking attendees of more than 20,000 crowd, the Lake Festival's March 23 and March 24 'Magical Journey' shows were so jam-packed that Aspire Zone Foundation (AZF) -- one of the organizers -- had to open extra seats to accommodate more families. The spectators were taken by surprise with the performance’s theatrics which turned the Aspire Lake into a 3D spectacle. Some of the attendees described the show as one of the best they’ve ever seen.

The performance told the story of a young Arab man who embarked on a journey to roam the oceans in search for a legendary pearl. He hoped the journey will help him find the secret to happiness and peace. To get to his destination, the young man, who started his magical journey from Qatar, traveled the world and overcame many obstacles such as the Chinese Dragon, mythical monsters of the African Savanna, and the giant anaconda snakes told in Amazonian folklore. After fighting many battles, the young man found that the secret to happiness and peace was in Doha all long.

The 40-minute remarkable performances -- directed by French fireworks art wizard Christophe Berthonneau -- were the ideal blend between two of the Earth’s contrasting elements, water and fire. The fireworks displayed were perfectly timed to match the tone of music that accompanied the show. These factors are the reason why the guilty pleasure of just sitting there and missing out on the chance to snap pictures is almost a mortal sin.

With that said, here are 10 smartphone photographs taken from the pomp and flair that the second year of the Aspire Lake Festival gracefully brought its live audience:

1. The lake provided a mirror image of the fireworks lighting up the Doha sky

2. Presenters literally wore glow-in-the-dark suits -- as if they're floating on thin air!

3. You'll never know where to focus as every second is filled with colors & spectacle!

4. The show provided different color themes every 5 mins -- a real feast to the eyes!

7. How can you not marvel at this jaw-dropping sight?

8. The lake looked like a garden of tropical flowers with all these pinks and purples!

9. Only a small child's innocent eyes can say how incredible the experience was! 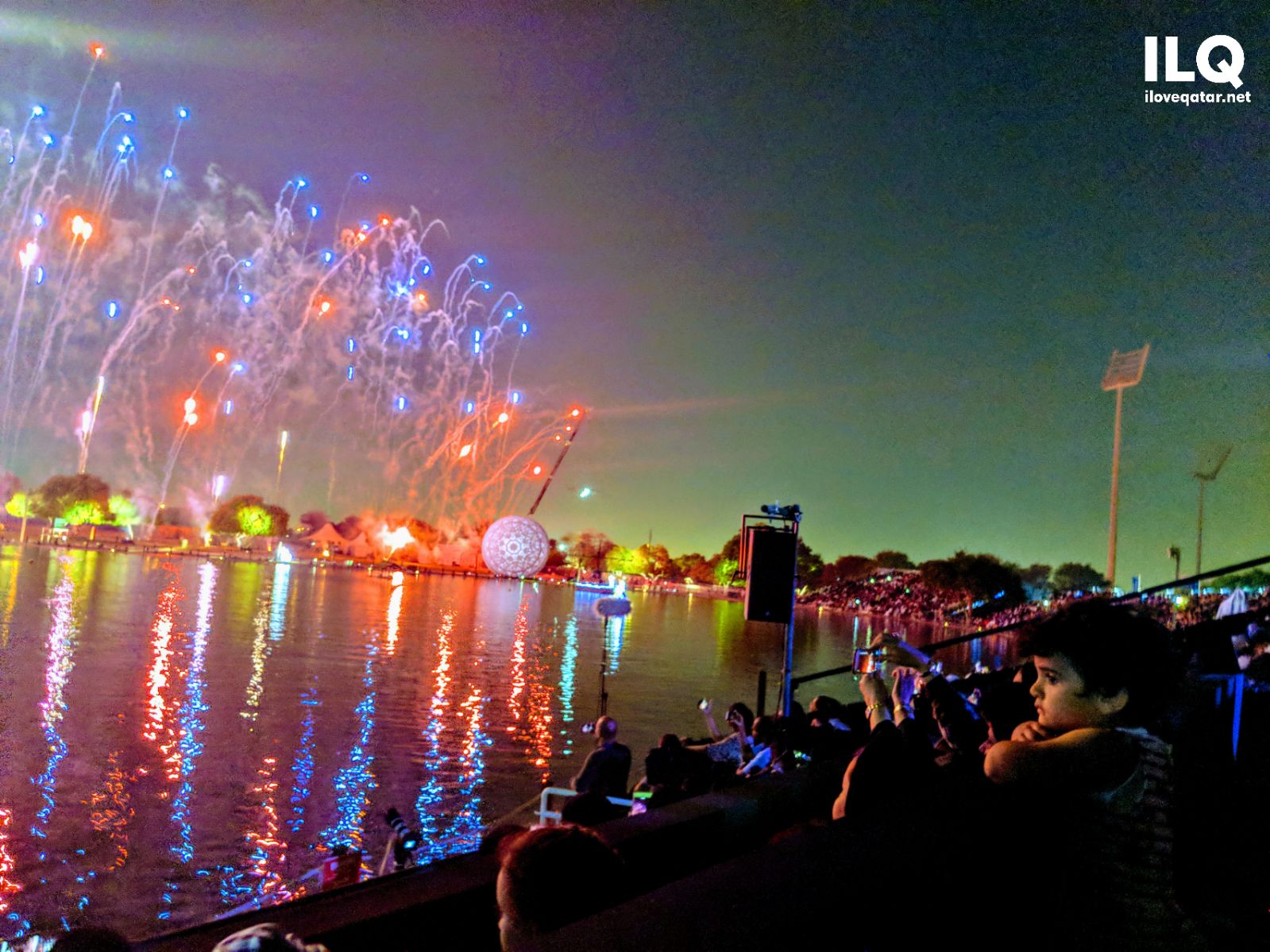 10. The moving boats provided an ideal training for photography enthusiasts 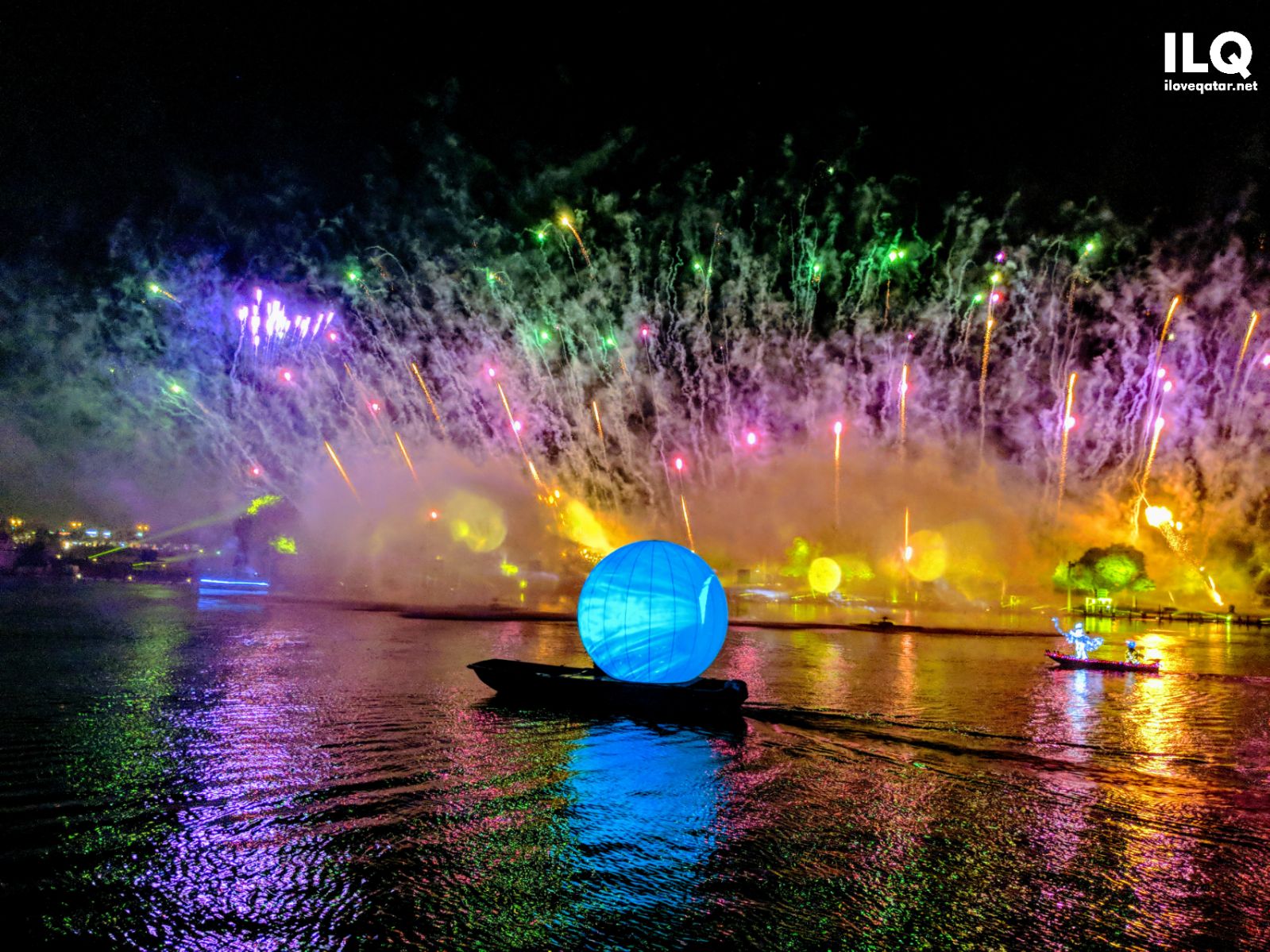 AZF organises such internationally-acclaimed events at its world-class indoor and outdoor facilities, as part of its commitment to support Qatar’s sports and entertainment sectors. Through its events, AZF seeks to engage with as many community members as possible and encourage them to go out with their friends and family to enjoy the outdoors and Qatar’s lovely weather at this time of the year.

Expect the Aspire Lake Festival to return next year as it promises to bring more music and colors to its already-solid Doha following. Who knows, they might extend the festival to not just two days!

Were you also part of the live audience who personally witnessed the breathtaking Aspire Lake Festival Year 2 during the weekend? If your answer's yes, do these photographs make you excited for Year 3? Drop us a line in the comments below and don't forget to like and share this article -- it keeps us going!