How many of these Qatar throwbacks do you remember? 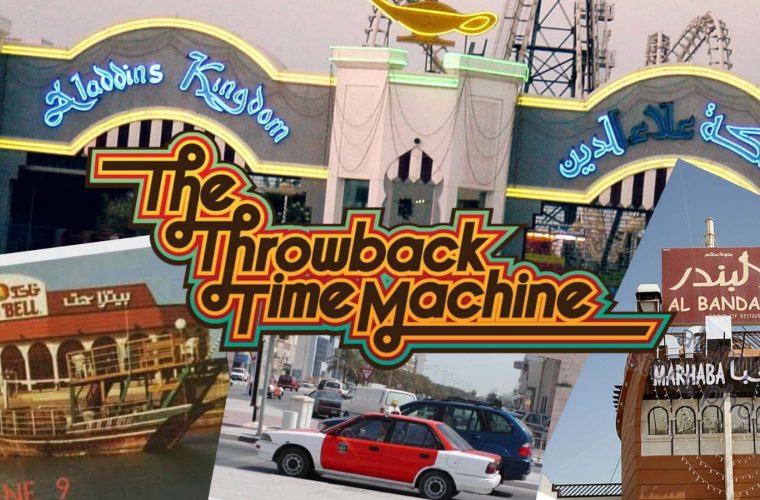 Some well-known facts about Qatar is that it's among the top ten leading producers of Liquefied Natural Gas (LNG) in the world, that it's home to over 180 nationalities, and that the country is the first in the Arab world to win the most coveted bid to host the 2022 FIFA World Cup.

But did you know that the Qatari flag was originally white and red? That Qataris are some of the very few nationalities in the world who pour condensed milk in their tea? Or maybe you remember your grade school history teacher mentioning that Qatar's first and ancient name was 'Katara'?

For expats, these little-known or fun facts can be enlightening. But for locals who have lived their whole life in one of the safest countries in the world, these facts are considered customary -- or, in other words, no-brainers!

So, to cater to locals and expats alike, we've made a list of the Top 10 most-loved Qatar throwbacks that were once loved by people in Qatar, but are now a thing of the past. How many do you remember?

DISCLAIMER: Some of the entries included might elicit strong nostalgic emotions -- and may even unlock your inner child the further you scroll. So proceed with caution! Don't tell us we didn't warn you!

This sandy man-made island is the first thing passersby would see driving along the Corniche opposite the Emiri Diwan 15 years ago! Although the beach may have been rocky for some, the majority just can't resist how green and heavenly the Palm Tree Island was. It was even reported that for the small price of QR 20, the whole family could hop a dhow and travel over! It's not surprising why it was a well-loved spot by many -- cheap seafood restaurants and shisha spots could be found in abundance on the island!

One subscriber from a forum says: "For someone like me who grew up in a place where you just cross the road from your house and you reach the beach, one whole day or afternoon on the Palm Tree Island makes me feel like I'm back home."

It's believed that the reason behind the island's demolition was to make way for the 2006 Asian Games, but nothing was really inaugurated more than a decade after the games were held. A fountain, an aquatic IKEA, and a swim-thru McDonald's were also rumoured to replace the little oasis of entertainment that was Palm Tree Island. 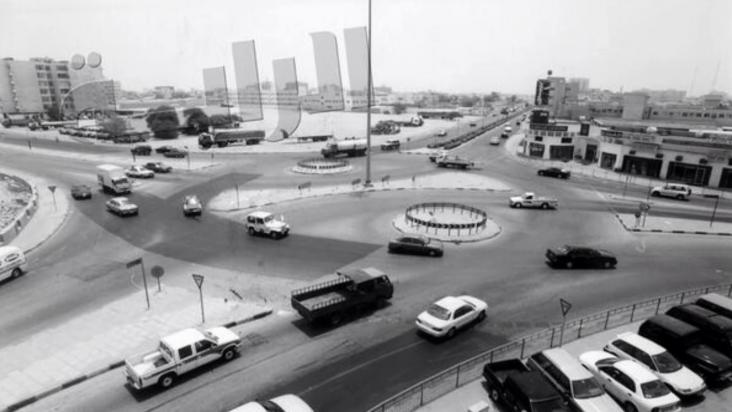 (The old Crazy Signal is now more commonly-referred to as the Shaheen Signal.)

If you're a budding driver and just the thought of passing through a normal-sized roundabout makes you dizzy to the core, then how much more when two mini versions are sandwiched inside a bigger roundabout? Did we hear you say 'WHAT?!' We honestly can't imagine how bizarre this was too! But, believe it or not, the Crazy Roundabout existed until the year 2000 and it caused a fair amount of car accidents and confusion among residents of Doha. It was then renovated to what we now know as 'Shaheen Signal' but, due to its peculiarity, many pedestrians still prefer calling it 'crazy,' as they say this name suits the landmark better.

A Facebook user under the name of Jaber Yousef commented: "I remember this during the old days. It's indeed crazy but works [so] fast!"

Near the harbour along the Corniche, there was once an Old Iranian Souq displaying huge Persian carpets at the heart of it. Unlike the modern Souq, this one wasn't really a building or structure at all -- just a bunch of people selling stuff on the sidelines of the street. Most of the ceramics, spices, and pots the vendors used to sell have been moved to the Omani Souq which is next to the vegetable market.

Before oil, the inhabitants of Qatar depended on fishing and diving for natural pearls for their economic livelihood. This activity was widespread, during its flourishing years, in the tiny, yet picturesque villages of Al-Areesh, Al-Khuwair, and Al Jumail located northwest of Qatar. Sadly, due to the economic boom that the country has gone through, the three suburbs have since been abandoned.

Despite some people calling it a 'ghost town', tourists still flock to the area -- especially between September and April, to get a glimpse of the traditional architecture techniques in Qatar. The site is always open and is of free charge.

Travel blogger @wanderwithmi writes: "Once you roam around, you can clearly see how simple and at the same time, difficult (because road access is limited and their village is far from the main city), life may have been to the settlers."

The story of Aladdin -- an Arab street urchin who finds a magic lamp containing a magical genie, is based on the Arab-style folktale of the same name from 'One Thousand and One Nights'. The Disney film of the same name was apparently the inspiration behind this beloved theme park in Qatar which was installed in 1994. Claiming to be the very first outdoor amusement park in the Gulf region, Aladdin's Kingdom featured over 20 attractions including roller-coasters, bumper cars, ferris wheels, carousels, trampolines, and go-karts. Most visitors throng to the thunderbolt roller-coaster which zoomed forth at a speed off over 70 kms per hour.

In a forum, user @ani_chy writes: "I recall [a] long time back, when the Peninsula newspaper had their Young Editor's program, I used to win lots of free entry tickets to this Aladdin's Kingdom. It came with free entry tickets and ride points. Few companies held their annual parties in the theme park, and we used to go for school picnics out there. Those were fun times, until they shut it all down, and it became a lost legend."

Before turquoise blue, orange and white taxis use to rule the major streets of Qatar. Tagged as the easiest and most convenient mode of transportation back then, orange taxis were in circulation until 2002. But, since the launch of the government-owned Mowasalat company, the over 3,000 private-owned orange taxis were deemed a threat to Mowasalat taxis and, by that time, scrapped. Ever since the controversial move was made, commuters started complaining (especially during the first few years) as it became harder for them to find a taxi in Doha before the Karwa that we know today was introduced in 2007.

7. Taco Bell on the Corniche

Did you know that the Costa Coffee branch on the Corniche right by the Sheraton was once a Taco Bell? You heard it right! Sadly, at the moment, the American fast-food chain doesn't have any branches left in Doha. But with the memory of it etched on our minds, our cravings for burritos continue!

8. Children were used as little jockeys for camel-racing!

Until 2004, children were part of camel-racing ceremonies as little jockeys during the winter season in Qatar, as racers needed lighter alternatives to the usual normal-weight jockeys. But the practice didn't flourish as it was eventually stopped due to safety concerns. As a substitute, remote-controlled robot jockeys are now being used to ride the camels during the races.

"Oh, really?!" That was our reaction too! This might be the most interesting fact of them all -- but yes, Qatar had its weekends on Thursdays and Fridays until 2003! However, after a long and thorough debate, the weekend was changed to Friday and Saturday. We're still lucky because unlike other countries including Iran, (which only has one day for their weekend) Qatar still has two! So it doesn't really matter if we sleep all day on either a Thursday or Saturday as long as we don't need to come to the office, right?

What do you think of these cool Qatar throwbacks? Did it bring back some fond memories? Do you know some more interesting nostalgic facts about Qatar you'd like to add to the list? Drop us a line in the comments below and tell us! Also, don’t forget to like and share this article!