World Stadium Congress opens on May 19 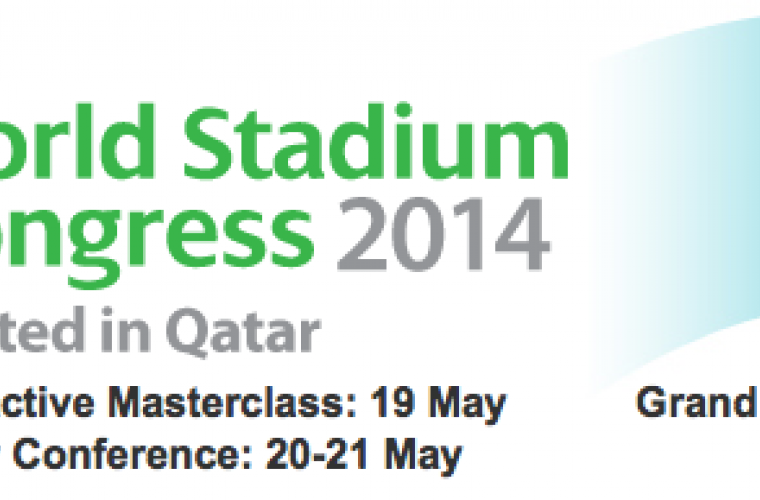 The third edition of Qatar’s World Stadium Congress opens on May 19 featuring the architects, solutions providers and stadium operations consultants behind some of the world’s most inspired sporting venues.

“Of course we will draw from ASTAD’s significant experience building sports facilities in Qatar, but it is also important for senior stakeholders within the industry to share their expertise and knowledge so that we may identify solutions to common challenges and ensure continuous improvement in design and construction,” he said.

Tariq Al Abudulla, General Manager of the Qatar Olympic Academy and Head of Technical Affairs at the Qatar Olympic Committee, will deliver a keynote address on the second day, laying out the Qatar Olympic Academy’s Sport Venue Management programme. The keynote speakers will be joined by the industry’s leading minds, who will share their experiences of venue construction in Brazil, Russia, the UK, Germany, Turkey, South Africa, Italy, US, and, now, the Middle East. Among them is Jon Sellins, Head of Business Development—Consultancy at Wembley Stadium, who will draw from the Champions League Final 2013 to convey best practices in hosting and facilitating major sporting events.

Sustainability is the keyword at this year’s conference. “It is important to us that the lasting impact of our stadiums on the community is a positive one,” says Architecture Manager at AECOM, Brazil, Diogo Taddei.

On the second day of the conference, Taddei will give his insight on designing and implementing the Rio 2016 Olympic Park, and discuss AECOM’s approach to stadium design in the Middle East. “Given the number of stadiums that are being contemplated for the region, it is very important to discuss how we can ensure that these venues continue to benefit the community beyond the tournaments for which they were built,” said Dan Meis, Global Director of Sport at Woods Bagot.