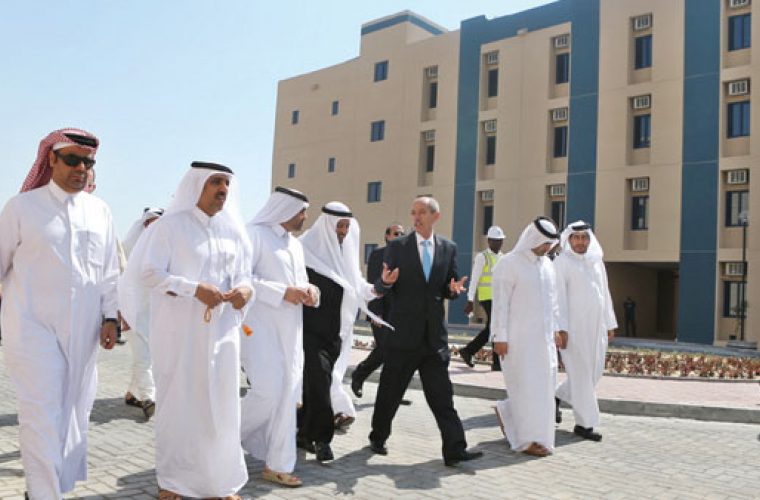 Qatar believes in taking concrete steps to further improve the living and working conditions of expatriate labourers in the country and not in just issuing statements, HE Dr Abdullah bin Saleh al-Khulaifi, Minister of Labour and Social Affairs, said yesterday.

Addressing the media at the newly-established Barwa Al Baraha (Workers’ City), the minister said that actions spoke louder than words and the “world-class facilities” built for workers by Barwa Real Estate was one of the many measures being implemented across Qatar.

The minister said that projects like the Barwa Al Baraha “and the one we inaugurated a couple of weeks back in Al Khor, as well as implementing the labour law strictly, are our answers to any outside media reports”.

When asked whether he had seen the criticism in the international press, the minister said he was too busy working ‘on the ground’ to improve the situation to notice such negative coverage. “I haven’t seen them and I haven’t inquired into them. I have so many activities on the ground. I am a boots-on minister and not an office minister,” he said, admitting that such coverage gave a bad image to the country.

Apart from enforcing his ministry’s own labour standards, guidelines had been issued by Qatar’s 2022 Supreme Committee for Delivery and Legacy and Qatar Foundation, which all aimed at guaranteeing the best
standards for expat workers, he said.

He praised the facilities for workers at the Barwa Al Baraha project which, upon completion, will house around 53,000 workers . He added that more such projects at different locations in Qatar would be set up.

Al-KhulaifI said that while the ministry would not force private companies to house their workers in Barwa Al Baraha, they would have no more excuse to skirt the law.

“If any company could not comply with our regulations or falls short of any such standards, the option for them now is to utilise the services of such projects,” he said.

The minister was given a tour of the Barwa Al Baraha project at the Industrial Area by top Barwa officials. He was accompanied by Moroccan Minister of Empowerment and Social Affairs Mohamed Abdul Salam Siddiqui.

Al-Khulaifi said the Ministry of Labour would intensify inspections in the coming days. He said the ministry had carried out more than 40,000 inspections of worksites, offices and camps to check the conditions of workers and compliance with Qatar’s laws.

About companies which withhold or delay salaries of their expatriate workers, the minister said the laws were strict in this respect.

32 buildings ‘to be
ready in six months’

The Barwa Al Baraha project will be ready to accommodate 24,000 workers by the third quarter of this year, project manager Abdulla Hiji said yesterday. Some 32 residential buildings will be ready in six months, he said.