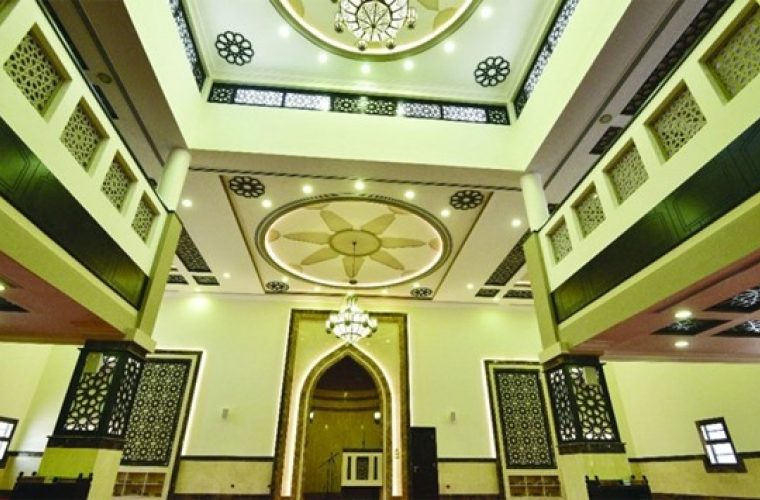 Ashghal has completed the implementation of a new set of projects for the Ministry of Endowments and Islamic Affairs (Awqaf) in different parts of the country, including 12 mosques in preparation for the holy month of Ramadan.

Head of Public Projects Section of the Buildings Project Management Department, engineer Abdul Hakim Ahmed al-Hashemi, confirmed the authority delivered 12 mosques in different parts of the state with an estimated cost of QR70mn.

Al-Hashemi explained that Awqaf projects were built according to the highest quality standards, with designs inspired from the Qatari heritage.

"The projects are built in several different areas including Umm Ghuwailina, Muaither, Al Rayyan, Old Airport, Fereej Abdul Aziz - Al Gharafa, Fereej bin Mahmoud, Al Wakra, and Al- Hilal. This is in addition to 10 mosques, which are expected to be completed during the second half of the current year".

Engineer Khaled Ali Al-Saad, Projects Engineering Advisor- Ashghal, said the mosques, that are being implemented and delivered by the buildings affairs at Ashghal, include four Juma’a mosques demolished and reconstructed, in Muaither, Umm Ghuwailina , Al Rayyan and the Old Airport.

Each Juma’a mosque can accommodate about 1,000 worshipers or more, each of which has prayer halls distributed over three floors, in addition to a prayer hall dedicated to women, providing ablutions (Wudu) facilities and accommodation for both the imam and the muezzin.

As for the Juma’a mosques due to be delivered by the end of 2017, they include three mosques reconstructed in Muaither and the Old Salata and Al Murrah.

The daily prayers mosques consist of prayer halls for men and women spread over one or two or three floors with ablution facilities and a private residence for the imam and the muezzin.