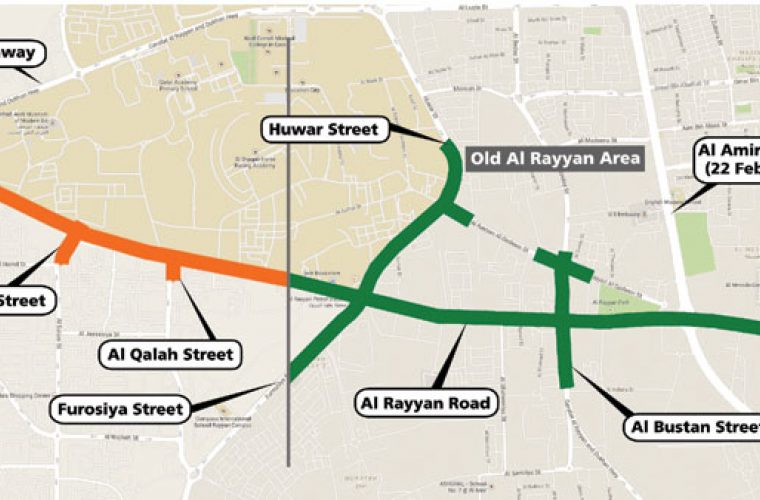 Work on the first and second phases of Al Rayyan Road upgrade project has started with the first phase scheduled to be completed by the fourth quarter of 2016, the Public Works Authority (Ashghal) said yesterday.

The project, part of Ashghal’s Expressway Programme, aims to improve traffic flow and reduce congestion in an area vital to the movement of goods and people into Doha.

To be built at an estimated cost of QR4.5bn, the first and second phases of the Al Rayyan upgrade project will provide “an efficient road network, improving the travel experience for road users in and around the area”, an Ashghal statement said.

The second phase stretching 5.3km from west of Sports roundabout to the west of Khalid bin Abdullah Al-Attiyah roundabout (New Rayyan roundabout) is expected to be completed by the third quarter of 2017.

To minimise disruption during construction and ensure continuous traffic movement, Ashghal will create new traffic diversions to accommodate the current traffic in the area.

“Once completed, the improvements to the Al Rayyan area will result in less congestion which will improve journey time for all road users. To encourage citizens and residents to walk and ride bicycles, new and improved pedestrian pathways and cycle paths will be constructed.”

Phase one of the project, which will serve areas such as Education City, comprises construction and upgrade of four lanes in each direction separated by a central median in addition to 2km of side roads and associated service roads.

Phase two will feature four lanes in each direction separated by a central median, in addition to 5.4km of side roads and associated service roads.