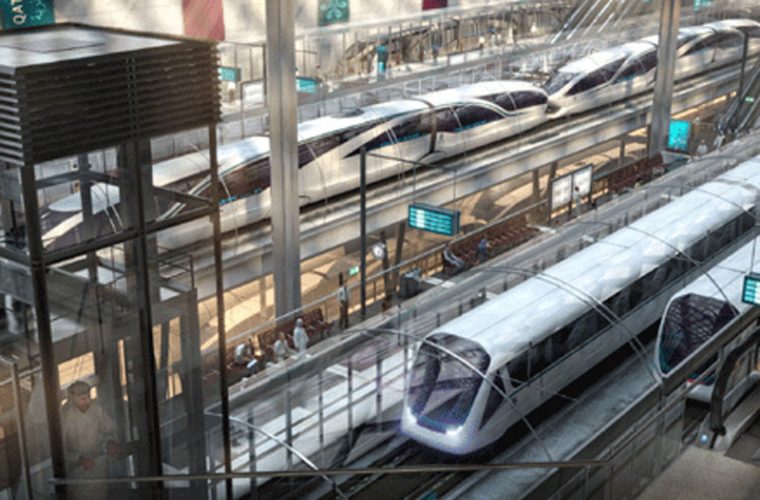 Construction of 37 stations, which comprise the first phase of the Doha Metro, is gradually taking off with demarcation and establishment of sites, local daily Al-Sharq has reported. Grand Hamad Street, Al Rayan, Al Messila, Al Sadd, Al Dafna and Msheireb are among the stations where work has begun. The pace of construction is expected to gather momentum with the arrival of specialised deep drilling machines after three months, the daily said. The Doha Metro is an integral part of the Qatar Rail Development Programme (QRDP). Consisting of four lines, the Metro network will cover the Greater Doha area and include connections to town centres and vital commercial and residential areas throughout the city. In central Doha, the Metro will be underground, whilst at the outskirts, it will mainly be at ground-level or elevated. Al Dafna district is slated to have one of the largest underground stations. The report indicated that the cost of the Qatar Railways project is expected to reach $50bn and that 80% of the metro lines will be underground. The other components of the QRDP are an international express train line connecting Qatar with Saudi Arabia and Bahrain, and a Light Rail Transit system in the upcoming Lusail City. The length of Doha Metro network is around 216km, with as many as 100 stations. A salient feature is that all the stadiums hosting the tournaments of the FIFA World Cup 2022 will be connected with the Metro network by 2019, the daily added. image: www.constructionweekonline.com http://www.gulf-times.com/qatar/178/details/377755/work-begins-on-37-metro-stations