Electric cars: Why should you buy them? 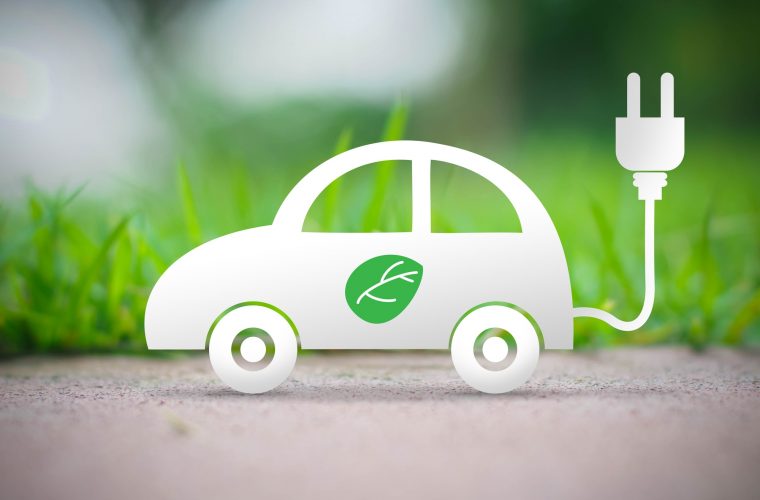 In 2017, Qatar launched a major ‘Green Vehicle Initiative’ to introduce electric cars on the roads of Qatar and, with time, build up the number of electric cars to 10% of the total cars in Qatar by 2030, in line with the Qatar National Vision 2030, especially in achieving its four pillars:

2. Promoting the culture of sustainable transport

This initiative is a joint collaboration between the Ministry of Energy and Industry (MEI), Ministry of Transport and Communications and Qatar General Electricity and Water Corporation (Kahramaa) and is interlinked with Kahramaa’s wider National Programme for Conservation and Energy Efficiency (Tarsheed). Tarsheed’s aim is to reduce CO2 emissions in Qatar by 7% from the total targeted 17% of all sectors by 2022 in line with the Qatar National Development Strategy II.

Electric buses may also be introduced in Qatar if the testing that is already underway is successful and complies with Qatar’s weather conditions.

The aim behind Qatar’s ‘Green Vehicle Initiative’ is to reduce the carbon footprint of Qatar, to encourage eco-friendly cars in all sectors, and to strike a balance between economical vehicles and sustainable environmental, so future generations can enjoy a clean, healthy, and safe environment.

Qatar’s first electric car charging station was opened last year at the Kahramaa Awareness Park to facilitate the electric cars that are already present in Qatar and eight more are in the pipeline with the hope that more people will, with time, switch over to electric cars.

But, what exactly are electric cars? How are they powered? Why are they the cars of the future?

Let’s talk about electric cars!!! Electric cars are quite new to the world of automobiles, or you may think they are!

Do electric cars have a history?

Actually, electric cars became a thing in the 19th century when the very first electric car was manufactured in Scotland in 1837. It was a success and by the late 1800s, electric taxis that ran on battery power were put out onto the roads of London and New York. Unfortunately, these electric taxis didn’t stick around for long and their popularity soon died out because oil prices decreased and people preferred cars that ran on petrol or diesel, up until today when day-by-day the environment is getting more and more damaged because of carbon emissions and the cost of fuel is constantly rising.

What exactly are electric cars?

Today’s electric cars were invented to reduce the amount of carbon emissions released by normal cars into the environment which in turn cause pollution and greenhouse gases. Electric cars use electrical energy stored in rechargeable batteries instead of fuel to drive them, so there are no dangerous emissions. These rechargeable batteries are also used to switch on the car lights and start up the wipers. Though the same kind of batteries are used in these cars as those used in normal cars, there are a lot more batteries in electric cars because they have to power the engines as well.

With the ever-advancing technological advancement, electric car designs are becoming more and more eye catching and a lot more people around the world are using these cars as environmental awareness increases.

How many types of electric cars are there?

There are three types of electric cars:

These electric cars only run on electricity.

These electric cars include a petrol tank along with an electric motor that is powered with a battery. This battery charges whenever the brakes are applied.

These electric cars have both electric motors and petrol tanks. They can be charged by plugging in and will run for a short duration on the batteries in the electric motor before getting drained. Hence, a petrol tank is necessary.

How are electric cars charged?

There are three different kinds of charging speeds for electric cars.

Slow charging: This takes around five hours for the car to be fully charged.

Fast charging: This takes about an hour for the car to be fully charged.

Rapid charging: This takes about 20 minutes for the car to be fully charged.

What are the pros and cons of electric cars?

Though one of the best reasons to invest in an electric car is because they are environmentally friendly, reduce carbon emissions and keep the environment clean, there are other reasons, too!

As technology is rapidly advancing, the prices of electric cars are going down as are maintenance costs and the cost of the batteries that power these cars.

With electric cars, all you need is an electricity connection and a socket to plug in the electric car. No more petrol required, especially since it seems to be constantly on the rise with new prices launched every month!

Electric cars have zero environmental impact and this reduces carbon footprints. Now that we know just how environmentally friendly electric cars are, we won’t need to think twice before taking them out for a spin because these cars don’t emit any smoke or toxic gases into the environment.

Electric cars are just as safe as normal cars that run on fuel, because they undergo the same safety and fitness procedures as they do. They also have airbags that will inflate in case of an accident and the electricity supply will automatically be cut on impact to avoid serious injuries. In fact, electric cars are less likely to turn over in case of an accident because the batteries that power them are heavy. In addition, since these cars don’t run on fuel, there is almost no chance of these cars catching fire on impact.

Since these cars run on electricity, lubrication of its engines is not required and service of these cars is not as frequent as normal cars because they don’t have as many moving parts. In fact, there is just one moving part on the electrical motor which is called the shaft. This requires little or no maintenance and is a reliable part of the engine.

Electric cars are much quieter than normal cars. The average noise of a normal car at a speed of 65 miles per hour is about 70 decibels, whereas an electric car at the same speed is almost silent.

Though the pros are many, there are a few cons that can also be taken into consideration if you're thinking of investing in an electric car.

Since electric charging stations are still in the stages of development, there are not a lot of options when it comes to recharging your electric car if you are out of your home or office and running low on battery charge. This means you may get stuck wherever you are till you can find a way to recharge the battery.

Though there are more electric cars in the market today, the truth is that there are not as many choices available yet as compared to normal cars.

Though it depends mostly on the type of the battery and how much it is used, the battery needs to changed every 3-10 years.

Which electric cars are available in Qatar right now?

At the moment, Qatar has a few different models of electric or hybrid cars. These include:

Most electric car owners around the world are happy with their cars and have saved thousands of dollars annually, especially with the continuously rising oil prices. That's why it's just a matter of time before electric cars become the preferred mode of transportation in the world and also in Qatar. Already automboile companies like Nissan, Toyota, Hyundai and Tesla are manufacturing elecric cars with many benefits for people who decide to invest in these cars of the future.

What do you think of Qatar's 'Green Vehicle Initiative'? Do you think it will work in Qatar? Woud you buy an electric car? Do let us know what you think in our Comments section. Like and share the article - it keeps us going!