Why do people in Qatar love falafels? 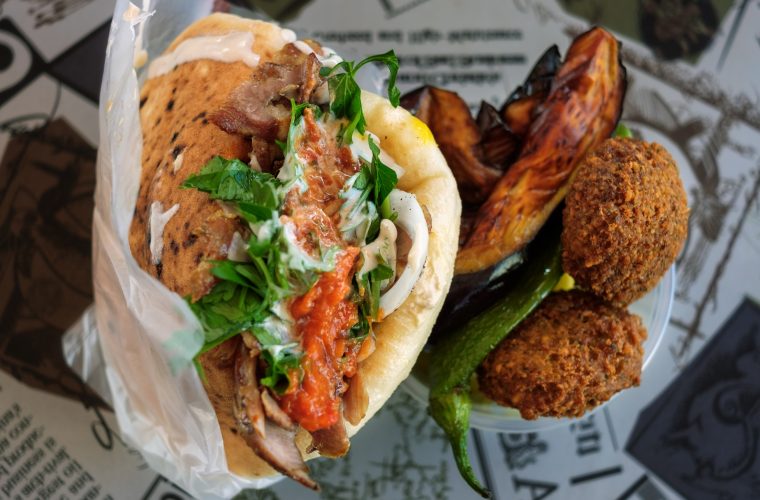 The history of the falafel is a little on the controversial side, with many Middle Eastern countries claiming these deep-fried balls as their own.

According to legends though, the falafel was invented by the Coptic people - believed to be the descendants of ancient Egyptians during the time of the Pharoahs - who lived in Egypt approximately 1,000 years ago. It is believed they ate something similar to falafels, made with fava beans - eaten as a substitute for meat which was forbidden during certain religious times of the year like Lent (fasting for 40 days and nights).

Dried broad beans have even been found in tombs of Pharaohs, and there is at least one book unearthed from the times of the Pharaohs that has a recipe for making fritters made from mashed beans, onions, spices and garlic.

It is believed that falafels gained widespread popularity and may have travelled from Egypt’s port city Alexandria to other parts of the Middle East where it continued to win approval as a good, cheap and affordable substitute for meat and as an easily accessible food item.

When Islam spread through the Middle East in the 600s, falafels gained popularity among the Muslims as well, and was often eaten during Ramadan (the Islamic month of fasting between sunrise to sunset) as a mezze (appetiser) at the time of breaking the fast.

No matter where the falafel originally came, which part of the Middle East it originated from or what its history is, the truth is that people in Qatar and all over the Middle East love this simple, delicious and mouthwatering food even today.

With time, the original Egyptian falafels made with fava beans travelled to the northern areas of the Middle East, where they have been replaced with chickpeas. Sometimes, though, both fava beans and chick peas are combined together to make a richer and more intensely flavoured falafel.

Falafels are usually ball shaped, though some people are now experimenting with the shape and you may find donut shaped or oval shaped ones and even some shaped as patties. They are a mixture of soaked and grinded chickpeas or fava beans (or both), garlic, onion, salt, ground cumin, ground coriander, green coriander, green onions and/or parsley. When deep fried, or even baked for those who want to eat guilt-free, the outside of the falafel becomes crisp and deep brown, while the inside remains soft and green or a lighter shade of brown if the green herbs are left out.

Falafels are more of a street food, but, in recent times, have found themselves making waves in cafes, restaurants, and even fine dining places where they may be served with a twist! For example, some restaurants serve falafels made with sweet potato instead of chick peas or fava beans, some add jalapeno peppers or roasted red peppers to the mix while some serve the falafel sandwich with exotic salads and sauces. The variations are many, but nothing beats the simple original recipe that is almost a national icon in foods in Qatar!

Falafels can be eaten anytime

Falafels are mostly eaten as snacks any time of the day from breakfast to dinner or even as a midnight snack. Falafel stands and cafes can be found all over Qatar which is a testament to its popularity in this Arab country and many of them are open around the clock to cater to hungry youngsters and adults alike who can’t get enough of this succulent sandwich.

Falafels are juicy, delicious and may even drip!

It’s easy to drive up to a falafel stand or café and order your falafel sandwich. Traditionally, falafels are usually served in a pita, Arabian flatbread or maybe even a wrap, sandwiched between lots of salad made up of tomatoes, lettuce and cucumber (but may also depend on what the falafel place fancies), grilled aubergines, a juicy pickled green chili along with other pickles, hummus, tahini sauce (a sesame-based sauce that is a staple of Middle eastern cuisine), a red chili sauce (for those that like their falafel sandwich hot and spicy) and maybe even some french fries.

The end result is a fat and juicy sandwich loaded with falafel goodness and dollops of sauce that is bound to drip from your chin and from your fingers (but that’s just part of the joy and fun of eating a falafel sandwich).

Some people also just buy the falafels and eat them on their own without putting them in a sandwich. Falafels are also served as a mezze.

Even the expats from around the world who call Qatar their second home are drawn to this simple snack food that satisfies their hunger cravings and tickles their taste buds when they are out and about in the city.

Falafels are (quite) healthy

Falafels made from chick peas, which are low in fat and have no cholesterol, contain a considerable amount of soluble fiber (known to lower blood cholesterol), protein and complex carbohydrates. They are also rich in vitamin C, vitamin B, magnesium, iron, calcium, manganese, folate, phosphorous, copper, thiamine, pantothenic acid and beta-carotene. However, because they are mostly deep fried, they do contain a high content of fat which is absorbed during the frying, and that’s why some people bake falafels instead.

A falafel contains around 325 calories for every 100 gms, with most of these calories coming from the oil it is fried in, so if you are laying low on the calories, baked falafels are probably a better option.

Though falafels are a staple food in the Middle East, they are becoming increasingly popular around the globe as well and you can find many food stands, cafés, and restaurants that serve this light and soft snack or mezze. When did you have your last falafel?

Do you like falafels? How do you like your falafels; in a sandwich or on their own? Do let us know in our Comments section. Like and share the article – it keeps us going!