Why are escape rooms in Qatar so popular? 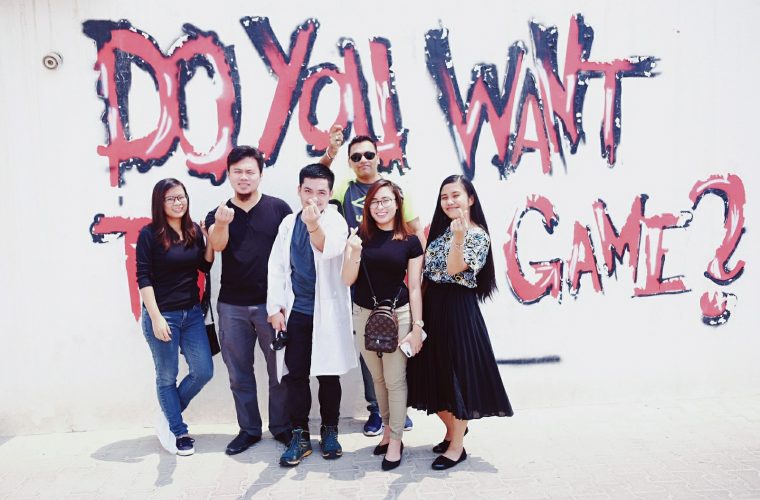 Suffering from a certain type of fear or phobia is a common affliction. Whether they're stereotypes such as fear of heights, holes, or spiders, we all have our reasons for feeling alarmed over certain things and situations. But what will you do once claustrophobia (the fear of enclosed spaces) takes over? Maybe you haven't developed a fear of vomit-inducing holes (yet!), but being locked inside a room with no means of getting out? That’s another side of the story that needs pondering.

The escape room, or adventure room, trend has arrived in Qatar to help you conquer some of our deepest fears. Players are expected to enhance their logical and critical thinking, their ability to work under pressure, communication skills and, most importantly, teamwork as most escape rooms can accommodate groups of up to 5 or 6 people.

With just one hour to break out, opening the door to freedom isn't as easy as it sounds. You'll need to work together as a team and, if possible, brainstorm possible strategies before entering the rooms. Once inside, take a moment to breathe (trust me, it helps!) and start searching for clues right away while exploring around for those unique items that can help you decode the pass-key to get through each door.

So, before revealing the most in-depth expert tips on how to effortlessly beat the time limit, here are four of the ultimate escape rooms in Qatar for people in search of a unique bonding experience and some plain old fun!

Adventure Rooms claims to be Qatar's first, 60-minute real-life escape room game established on November 14, 2015. On the scene for more than two years now, it bills itself as one of the top in the business.

If you're a beginner, 'The Crazy Scientist' theme room is a cool introduction to the escape rooms concept, as it's the only game out of their other four theme rooms that has its difficulty level set to 'Medium'. You better believe all the rest fall under the 'Hard' category for level of difficulty.

Most of the games in Adventure Rooms are bizarre-sounding -- but co-founder and CEO Mostafa Abdo assures the public (especially children) that the games don’t include any horror element at all: “Yes, it’s thrilling, but definitely far from dangerous. Our games contain no physical elements and require no physical exertion.”

Says Instagrammer @mie.ela: “There’s nothing to be afraid of, really. People of all ages can lock themselves up in any room and just have fun for the entire 60 minutes. But of course, it’ll be better if you can escape, just like what our team managed to do!"

Last November, 'The Bus Hijack Game' was introduced as their fifth game option. The key aim is to outsmart the hijacker before he takes over the whole bus. Besides being the only game that's not located in the villa, the bus is stationed in different locations across Doha every day. For corporate team-buildings and school field trips they'll even come right to your door to pick you up.

Tickets are available on their website for a price range of QR 100-QR 300 per person (depending on the number of people in the team). Please be advised that advanced booking is required to play a game. For further inquiries call or message them at 7050-0139.

In 2017, a horror/thriller film entitled Escape Room was released, where six friends testing their intelligence in an escape game when things take a dark turn. The film's plot is identical with Escapology's set-up -- only there's no horror element to the games offered by this escape room facility just a few blocks away from the aforementioned Adventure Rooms.

After 7 months in operation, Escapology unfortunately had to shut down temporarily on June 30 last year due to undisclosed reasons. But, after roughly two months, the management announced their comeback, offering a wider plethora of games to choose from.

Unluckily, at the time of writing, their website is down -- meaning there'll be no way to book tickets, unless you have the time to walk-in and inquire personally (then you'll be fine!)

'Escaping AlQatraz', 'Save the Cup', and 'The Secret Tomb of Akhren Ra' are some of the games that Escapology Qatar offers.

The Escape Hunt Experience is a fantastic global entertainment franchise offering unique 'escape-the-room' adventures to public and corporate clients all over the world. Their Qatar branch is their flagship store in the Middle East, and their five games are to die for.

These guys know their audience. Being a franchise, they didn't settle for the global concept of their games but rather conceptualized their own concepts that are inspired by Qatar. Games such as 'Kidnapped in the Souq', 'The Great Art Robbery', 'Reclaim the Cup', and 'Falcon Rescue Mission' are a nod to Qatar's rich and diverse culture.

One review under the name of 'LloydMercado' from TripAdvisor reads: "I really enjoyed the experience. The whole concept is very creative. If you have a fondness for mystery-solving, then you should definitely turn that Sherlock-mode on with Escape Hunt!"

Being the baby in the group, the brand-new Scavenger Escape at The Pearl-Qatar's Megapolis is a game that requires players to work together to gather hidden items to escape a locked theme room. From its name, you and your team of friends need to rummage for peculiar objects that you think might be helpful to aid in your escape before the timer runs out.

If your team gets stuck in a specific level and a staff member feels as if time is running out, a clue will flash on the tiny screen in the room to grab your attention. Tip: stay alert as these clues will help you advance to the next stage and regain the team’s willpower to keep fighting. Scavenger Escape Doha claims that only 30% of players have managed to break free so far!

One game costs QR 300 and you can book through their website.

Have you been to any of these escape rooms before? If yes, how was your experience? Drop us a line in the comments below and let us know! Also, don’t forget to like and share this article.