Who let the dogs out: shedding light on Qatar’s strays 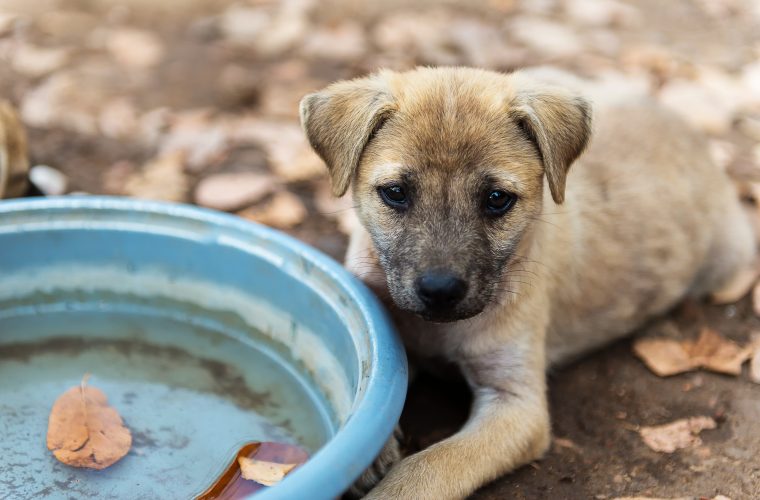 Just like anywhere else in the world, Qatar is home to a large number of pet-owners. However, when it comes to animal welfare, the resources and facilities exist, but are minimal and at times insufficient.

Most of Qatar’s residents bring pets into the country from abroad, or sometimes they get them from within Doha itself. The issue arises when people either have to leave the country, or simply can’t take care of their pets anymore, resulting in their abandonment. This in turn leads to other issues, and a lot of strays end up injured or worse. When it comes to strays, dogs tend to suffer the most due to a variety of different reasons, such as being killed by cars or developing severe illnesses.

There are a number of different shelters around the country that are doing the best they can to tackle the issue of stray animals and work towards decreasing them, but most are already overrun with strays. These shelters also encounter their own share of problems, such as trying to raise awareness on neutering animals and getting them microchipped, as well as issues when it comes to providing shelter for strays; the space and premises where they’re located are usually not adequately equipped.

Following Doha’s recent downpour of rain, the Qatar Animal Welfare Society (QAWS) experienced severe flooding and the animals housed there were on the verge of drowning from the amount of water that accumulated.

Although a call to action was made over social media, the QAWS community never fully recovered. Prior to this incident, there was a huge fire at QAWS that actually did kill some of the animals that were there. However, they are still at the same location, despite all the issues they’ve encountered.

Many people regularly volunteer to help walk the dogs, and also contribute food and other items for the animals there.

QAWS is generally overrun with stray dogs and doesn’t have the physical capacity to handle more, which places an emphasis on the stray problem in Doha.

A recent post on Facebook showing about 20+ dogs and puppies clustered together, in what looked like a very small and claustrophobic makeshift shelter, was making the rounds in Doha last week. Initially the post stated:

But upon further investigation, what looked like an act of cruelty was the exact opposite. The dogs in the small confined space were, in actual fact, sheltered by construction workers on a construction site somewhere in Industrial Area. The workers had built the shelter themselves with whatever materials they could find, to care for and protect the dogs.

“These guys did the best they could,” said Kimmy Clarkson, an independent dog rescuer and volunteer who’s been living in Doha for 11 years. Clarkson was one of the people approached by the construction workers for help with the dogs.

According to Janet Berry, a QAWS Chairperson who hails from Britain, the workers from the site approached a number of different shelters as well, including QAWS, in order to seek help removing the dogs from the construction site. Organizations such as Paws Rescue Qatar, Rescue Salukis Middle East (RSME), and Trap, Neuter, and Release Dogs - Qatar (TNR) were also involved.

“The site had some stray dogs turn up and [the construction workers] started to feed them,” Berry said. “They then started to reproduce and the numbers got out of hand.” 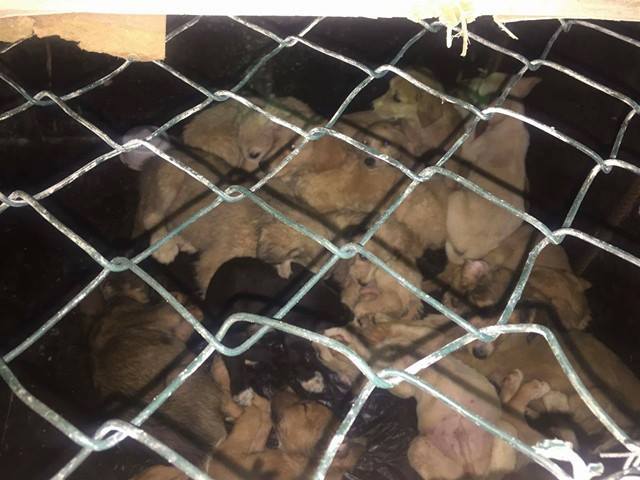 With the help of the different people and shelters involved, the majority of the 22 puppies on the site were relocated, vetted, and vaccinated. Although a few of them have found their forever homes, a significant number of them still need help through adoption.

Birgit Marquerite, the CEO of RSME, has been helping raise awareness on the puppies and dogs at the site using social media (her post has been shared in the image above). Marquerite started a GoFundMe account, and has also opened a special account at Dr. Faris Al-Timimi Vet Clinic in Katara Cultural Village, in order to raise money and provide support for the dogs in need from the site.

Paws also took in a few of the adult dogs that were on the site, but the rest are still being cared for by the construction workers. This is because moving the adults is a lot more difficult as some are more frightened than others.

Stray dogs encounter a number of different issues. Marguerite Cadegan, the founder of TNR, highlighted a number of struggles that dogs go through. “There are, in my estimation, five to ten dogs and pups on most construction sites. It’s a hidden problem that no one is really addressing,” Cadegan said.

Because adult stray dogs aren’t neutered, they mate and have litters of puppies, which only worsens the stray situation. Puppies can suffer from a deadly disease called Parvovirus, which affects the intestinal tract and can wipe out a whole litter. At times when people want to get rid of stray dogs that are on or near their premises in Qatar — or even construction sites — they call the police. According to a number of different sources, the police allegedly “solve the problem” by shooting and killing the strays. This troubles many of the rescue groups in Doha as they dedicate their time and lives trying to protect and care for strays. 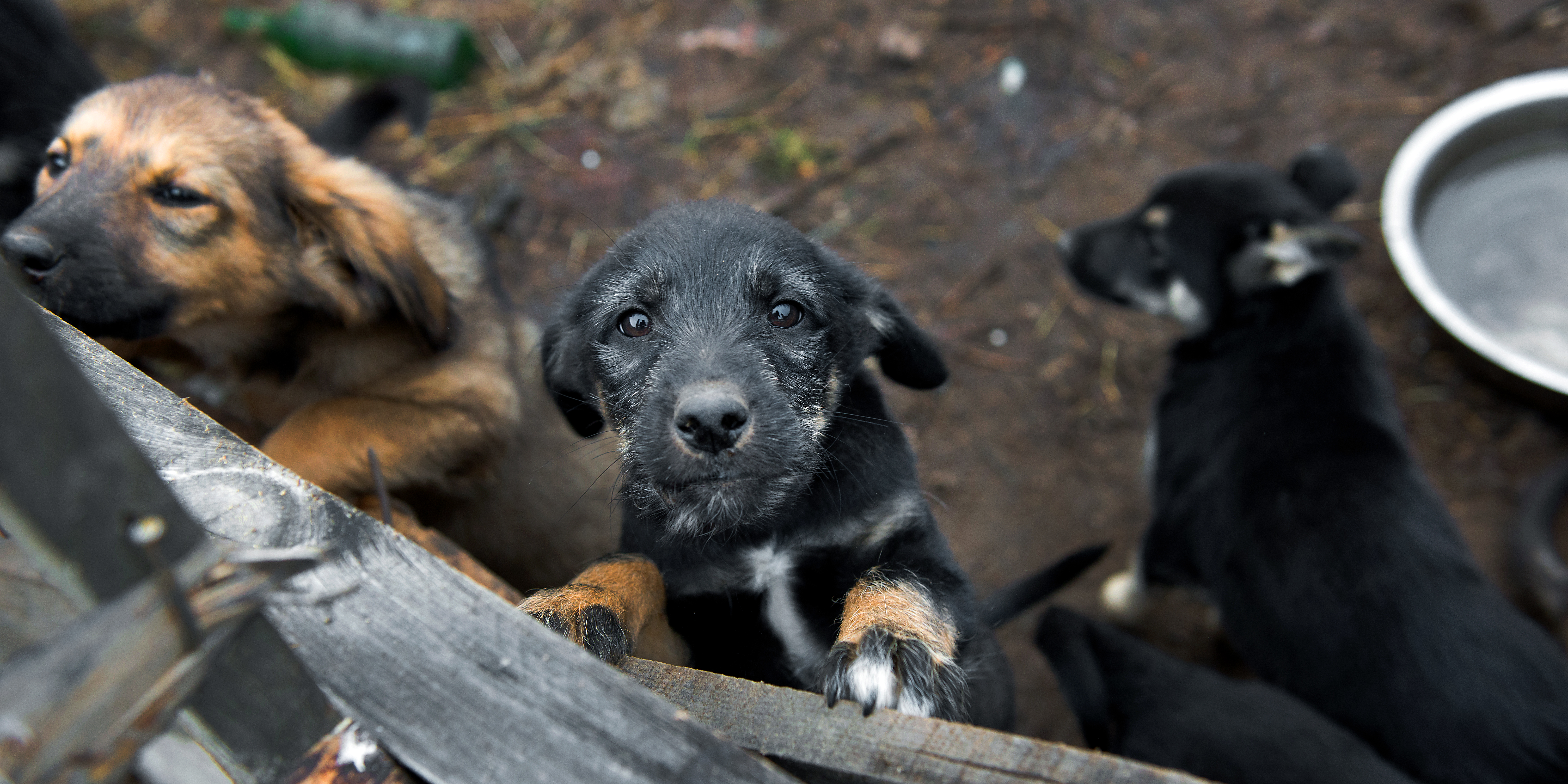 Cadegan also mentioned that poor diet, and vehicular and construction accidents, contribute to the hardships of Doha’s strays. “I only rescue when forced to such as the flood [in QAWS] last year, and when management gave me 12 hours to take seven puppies off the site as they were getting rid of them the next morning,” Cadegan said. “I will rescue a dog that is injured, but other than that my goal is to control the dog population on the site by spaying and neutering.”

The shelters and rescue groups urge people to contribute towards solving the stray issue by spreading awareness and sharing information on the problems that strays experience.

According to Cadegan, there are a number of ways to help solve the problem:

Emily Blenkinsop, the co-founder of Paws, also highlighted that construction sites need to be more cooperative when rescue groups come in to try to resolve the situation. According to Blenkinsop, neutering all the dogs on sites is costly and that it would be practical if companies helped sponsor it.

“[Sites] need urgent TNR with full cooperation of the site manager, to get the females all neutered or it will be completely out of control,” Blenkinsop said. “It already is to be fair.”

If you want to contribute towards helping the dogs and puppies on the construction site, check out this link: https://www.gofundme.com/22puppies or email: [email protected]

If you’d like to support any of the organizations through volunteer work or with contributions, please find their pages below:

What are your thoughts on the issue? Comment below!